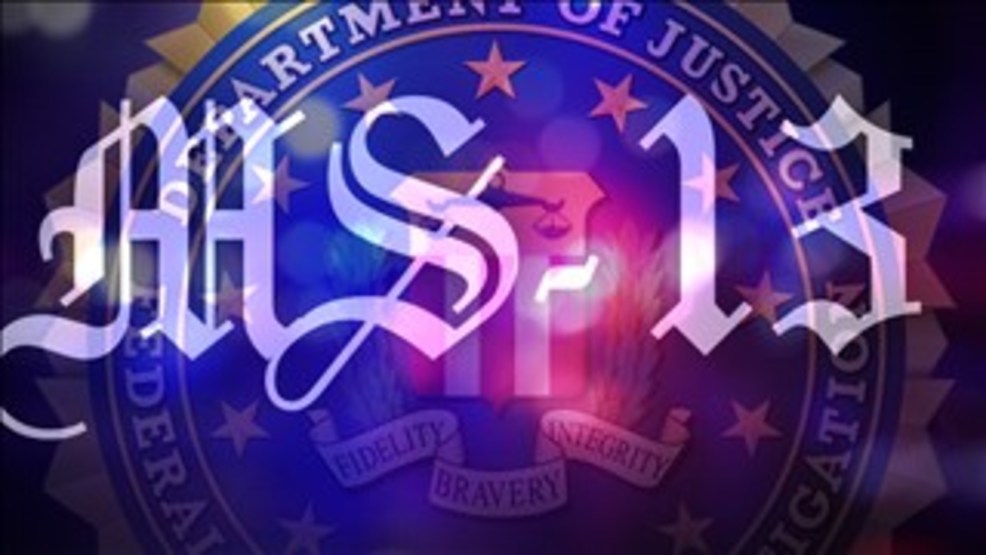 There has been a lot of talk about the MS-13 gang lately, especially after President Trump’s State of the Union speech, in which two sets of parents had the story of their daughters’ murders by members of MS-13 described.

Some in the media claim that MS-13 is not a big problem and that only people who watch Fox News even know about MS-13.

I know MS-13 better than most of you, because for 16 days in last half of September 2006, I hauled my you-know-what down to the United States District Court for the Eastern District of Virginia and sat in the jury box (juror number 4) listening to testimony in the murder trial of Wilfredo Montoya Baires (do an internet search and find the Washington Post story dated September 30, 2006).

Baires murdered another MS-13 gang member, first by shooting him and then by cutting his throat with a knife.

I had a chance to hold the 9mm pistol that was used in the murder.

I had a chance to hold the knife that was used in the murder.

I saw the pictures.

I heard what MS-13 does to those who they (falsely in this particular case) accuse of being a “snitch” (cooperating with Fairfax County police).

I know the gang hand signals that MS-13 uses.

I know how they are organized.

I know how they operate.

I know how they meet (they call it “going to Mass” – in Spanish).

I know how they recruit young illegal aliens into their gang.

I know how they fund themselves.

I heard the testimony of a teenage sister as she described how her teenage brother was murdered as they were both walking home from the movie theater in the middle of the afternoon, just because somebody in MS-13 thought her brother might be a member of the rival 18 street gang (he wasn’t).

I heard the testimony of how a young boy had his finger cut off for some supposed “violation” of MS-13 “rules”.

I wrote 104 numbered and dated pages of notes during that trial which I still have in case anybody doubts what I’m saying is accurate or even true.

I made sure I had a good night of rest so that I could pay close attention to what was said and what was shown. After all, a man’s life is in your and 15 other people’s hands (12 regular, 4 alternates, in case somebody gets sick).

If you ever hear your name and the words Lume Verde used in the same sentence, let’s just say it’s not good for your life expectancy.

I can tell you that what President Trump is doing to rid the United States of MS-13 is right on target.

Anybody who says otherwise, unless they have first-hand experience, probably does not know what they are talking about.

Why did MS-13 , Jose Coreas-Ventura and Lisandro Posada – Vazquez pick Lynchburg, Va to flee to from the MD killing?
It was not to kill Raymond Wood that would come later.
Was it to hide and work?
An awful lot of illegal contracting and illegal employment is to be found in the 23rd District of Va’s longest serving Senator, Republican Senator Steve Newman.
How will the complicit Republican vote on HB 1106? I bet these complicit individuals who will vote on this bill won’t ask;
How do we tell the difference between a independent contractors, licensed contractor, misclassified employee or an illegal alien.

The violent gang recruits middle- and high-school students, primarily immigrants, and uses fear of retribution to keep their recruits from leaving

The gang is known to regularly conduct activities in at least 40 states and the District of Columbia.

As revealed by recent investigations, MS-13 gang leaders are known to send representatives across the United States border to take control of local MS-13 “cliques,” local units, and connect the local members to gang leaders abroad.

In recent years, MS-13 has taken advantage of the large flow of foreign nationals from Central America and Mexico into the U.S. by hiding in these populations.

Approximately 38 percent of all murders in Suffolk County, New York, between January 2016 and June 2017, were linked to MS-13.

Let’s put religious overtone to this story.
The Pope gets a Construction loan for a Spec Home.
The Pope then Subcontracts the Framing of the home to the Bishop.
The Bishop then pimps it out to
MS-13.
All of this is a true story that you may verify with current Va Republican Senator Steve Newman, this happened on the building lot right next door to his Legislative Assistant.

Welcome to Va , a place where all illegal aliens may work as Unlicensed Subcontractors, Republicans don’t care for it is their Free Market.

Thank you for turning this into a blog post that everyone should read. Good work Fred!

An interesting view, but like Warmac’s comment it is anecdotal. An “MS-13 enclave” ignored by the police? Unlikely, but then Warmac shows disdain for law enforcement in almost every way shape and form.

I found this interesting from a macro perspective:

The author certainly has an informed perspective with his focus on gangs like MS-13. It’s what he does for a living. If you are interested in MS-13, read the article.

Here is the key sentence (in my opinion) from the article you cited, “In contrast to Central America, Mara Salvatrucha in the United States remains a problem limited to a handful of areas along the East Coast, in which some teenagers have committed vile criminal acts primarily against members of their own communities.”

I am always fascinated by snowflake logic.

I guess MS-13 isn’t a problem because they only terrorize certain areas in America. Unfortunately for us in Northern Virginia we’re one of those areas.

I guess it’s also OK for MS-13 to commit “vile criminal acts” so long as those acts are directed “primarily against members of their own communities”.

Liberalism is a mental disorder.

I did not cite the article. I offered it simply as an additional perspective from an expert focused on these gangs. It was not offered in support of the conclusions you falsely put in my mouth or the author’s mouth.

My read: He never said it isn’t a problem, but he did say it’s a smaller, more focused problem than other gang problems the US faces. But, no, he never said they are not a problem or that what they do is OK.

Who is the snowflake? The light of day melts you away.

It was a link. Xenophobic? Racist? I simply found the author at the link knowledgeable on this topic. He studies it for a living and says it is both a small problem relatively and in part a creation of our making.

Explain how the link is xenophobic or racist. Your argument, not mine, Put some meat on those bones.

I have touching familiarity with MS13. A friend of mine (who happened to be caucasian) had his fence tagged by MS13 to designate that his property in the middle of Fairfax County was their territory. He reported the vandalism – and was given a summons by the Fairfax county police to repair the fence damage within two weeks or suffer the cost of not doing so. It turns out that my friends property was at the top of a hill – and just down below in the valley was an MS 13 enclave. Since he had young children, he repainted his fence and subsequently sold his property and moved well outside the beltway. (Oh, the police knew the situation and more or less shrugged their shoulders. The Fairfax County government is not going to support actions against any hispanics as long as they don’t see the violence or can pass it off on the other citizenry. There will be no change to the situation without a serious crackdown on the MS13 and other hispanic gang illegalities. The honest hispanics know that they are on their own here and that sticking your neck out gets you the special tongue through the throat necktie.)

Problems with the illegal aliens was the top issue with voters at the Va Beach gun show. Politicians should decide which side of the fence they are going to be on. As far as I can tell, all four of the Republican Senate candidates are in agreement with the will of the voters. With Congressional incumbents and candidates, that is a different story..

I would expect so. Many of the men and women who go to the gun shows have fought in foreign wars to protect American sovereignty. The “Build the Wall” chants at Trump rallies aren’t about a wall but about getting illegal immigration under control. You really don’t have to go too far to find illegals taking low wage jobs which would best be done by American labor, but who also run a parallel cash society providing things like prostitution and drugs. Besides using various forms of welfare, the illegals often have gang affiliations with MS13 being the most recognized of the bunch.

Also, anybody who say MS13 isn’t nationwide hasn’t run into their members in much smaller locals. My very small local area had a prostitution ring run by MS-13 who shopped the women around and provided the drugs as well. Wherever there is money, there is crime and it doesn’t just have to be Fairfax County. It doesn’t even have to be illegal alien gangs (although they are often the most violent coming from sh*tholes like El Salvador).