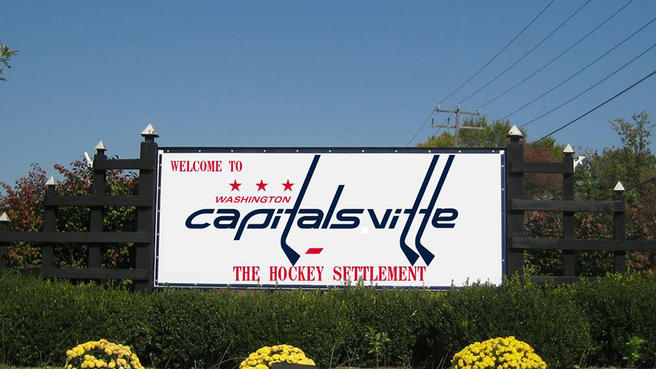 I now live in Capitalsville and I didn’t move

As of last night the town of Lovettsville has changed its name to Capitalsville in support of the Capitals hockey team as they head to Nevada for the final round of the Stanley Cup playoffs.  Lovettsville Mayor Robert Zoldos II proposed the name change to remain until a few weeks after the Capitals win the Stanley Cup.  Last night it passed the town council on a voice vote.  We are encouraged to wear red in support of the Capitals.  (And people say Lovettsville isn’t quirky enough. We’ve just put that notion to bed.)

I now live in Capitalsville and I didn’t move was last modified: May 25th, 2018 by Jeanine Martin

“Lovettsville Mayor Robert Zoldos II proposed the name change to remain until a few weeks after the Capitals win the Stanley Cup.”

I guess it’s a good thing you didn’t do the same thing back in 1998 when the CAPS played the Red Wings in the Stanley Cup Finals or you’d still be Capitalsville today.

Wouldn’t that make you ‘Capitalsville Lady?’