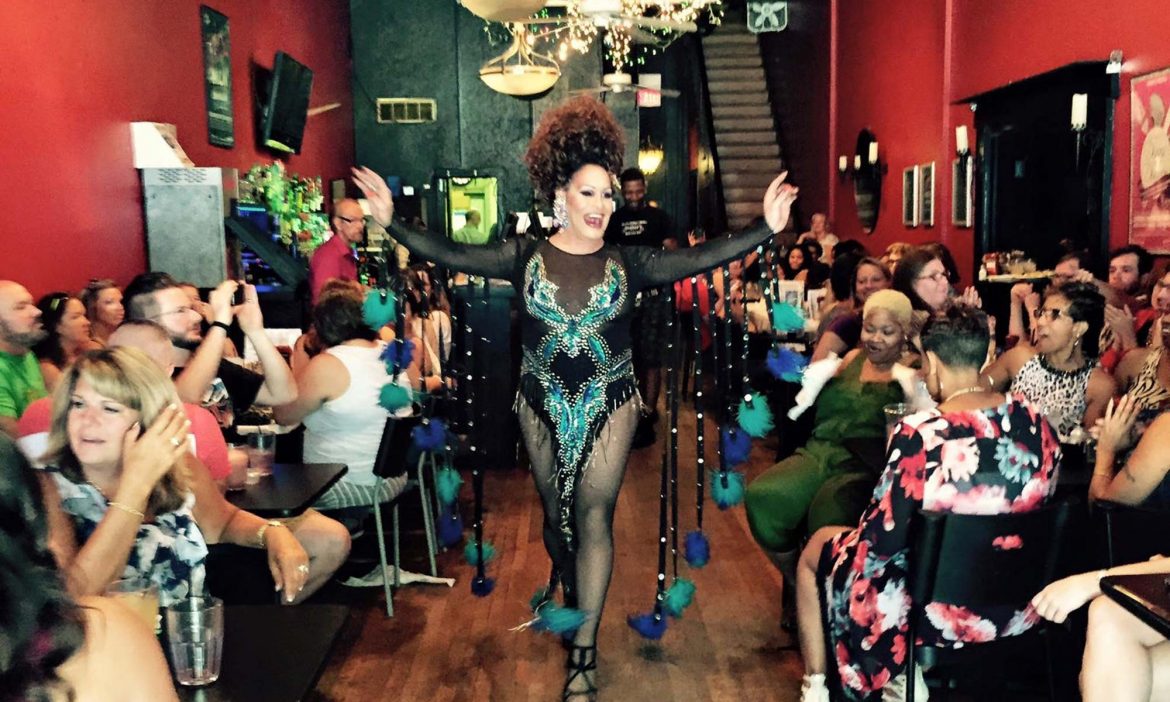 For more than 20 years Godfrey’s restaurant and nightclub have been a prominent part of Richmond’s LGBTQ scene, hosting drag shows, creating a hospitable environment for young people with alternative sexual identities, and participating in charitable fund-raising events that transcend the LGBTQ community. As the restaurant website describes its mission: “RVA needs a space where young people can come together in an environment that is inclusive and safe regardless of their sexuality or gender identity. We hope Godfrey’s is that space.”

Despite its role in mainstreaming gay acceptance in the Richmond community, Godfrey’s recently ran afoul of LGBTQ militants at Virginia Commonwealth University. Now the controversy is spilling out beyond Godfrey’s and dividing LGBTQs along racial, generational, and gay/cisgender lines. Reports GayRVA:

Initially spurred by the debate over whether Godfrey’s could be considered a safe space for the LGBTQ community, the conversation has moved beyond any single venue. Members of the community have begun discussing local bar culture in general, and what a queer inclusive space could look like. Some don’t see any spaces in Richmond that fit the profile.

The issues erupted when two VCU student groups — Queer and Transgender People of Color Collective and Queer Action — launched a protest campaign against Godfrey’s. That campaign began with an open letter listing grievances against the restaurant, including:

Godfrey’s owners did not respond well to either the allegations of discrimination or the manner in which the demands were posted publicly. Wrote management in a publicly posted response:

My business partner and I are particularly incensed because of everything that we had to endure as a gay men growing up in the 80’s. We have been personally attacked and our lives threatened and almost every other person at our business has experienced real discrimination in some form or another.  So no, we are not going to bend to you or your groups’ demands because we haven’t done anything to warrant such an action.

As for escorting people out of the nightclub, well… people misbehave and the restaurant evicts disruptive people. Said Godfrey’s staffer Eric S. Kelsey in an interview with GayRVA:

Just this past weekend. I saw two individuals, two white straight males, escorted out by security because they’d snuck liquor into the bar. I’ve seen people from all walks of life in my time there. If they are breaking rules, they are being violent, they are disturbing patrons, they are being destructive, they are too drunk to even function, they are going to be taken out of the bar. And that I think is fair to ask of any establishment. Your main goal is to make sure no one is breaking ABC laws, because if we don’t do anything about it, ABC could come in and shut us down. If somebody’s acting violent, they have to go, it doesn’t matter who they are.

Bacon’s bottom line: As 65-year-old heterosexual Southern white male fitting just about every negative stereotype in the Left’s catechism of intersectionality, my opinion means nothing to the protesters. But I’m offering it anyway. For what it’s worth, I’m a live-and-let-live libertarian. I really don’t care what LGBTQs as long as they don’t infringe upon my right to do what I want to do. The gays I know (most of whom, admittedly, are of the older generation) blend into the community. No one cares that they’re gay, and they don’t waste their lives nursing grievances.

It is a disturbing sign of the times that the ideology of alienation has gotten so extreme that members of VCU’s LGBTQ community would target Godfrey’s, of all places. That’s par for the course, though, for campus leftists who cherish their victimhood and turn upon allies who don’t meet their standards of ideological purity. Some people live in a state of perpetual outrage and always find reasons to justify their never-dying anger. They can never be mollified. But their intolerance wins them no friends and generates no sympathy. In this dispute, Godfrey’s comes across as a law-abiding member of the establishment willing to enforce norms of respectable behavior. They may not want me, but I’m with them.