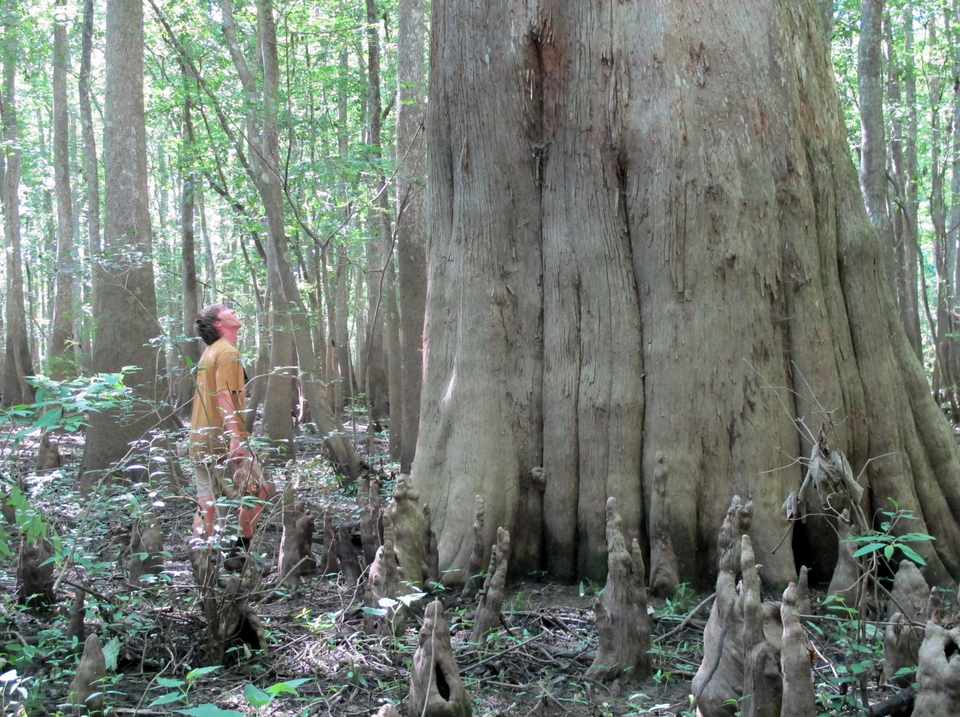 If Trees Could Talk

No policy construct seems better suited than the “man-caused climate change is settled science,” mantra to advance the religion of climate change.

This is a story of real climate change science, and it begins 350 miles off Senegal’s Cape Verde Peninsula, the westernmost point of the African continent, in the first days of September 2004.

Ivan was born there as a tropical depression southwest of a string of ancient volcanic cones known as the Cape Verde Islands, or, more formally, the Republic of Cabo Verde. It is in these brooding waters that the strongest Atlantic hurricanes gestate in hot waves of African air and the warm waters of the Atlantic. Like those before him, Ivan was driven westward out of the African waters on his journey to the New World.

By September 5th, Ivan was a massive Category 3 hurricane aiming Grenada, Aruba and Venezuela, and building to a Category 5 with winds of over 160 mph, the strongest hurricane of the 2004 season. After scrubbing off some intensity, Ivan headed up the Caribbean, where he regained strength as a Category 5 storm on September 9th, making his way towards the Yucatan Peninsula, and kissing Cuba as he squeezed by.

Making his way towards the Gulf Coast of the U.S., Ivan’s fury drove enormous waves in front of its eye-wall of 70 to a record 98 feet on one Gulf buoy sensor, causing significant damage to oil rigs in its path.

Finally, on September 16th, Ivan made landfall at Gulf Shores, Alabama, as a weakened, but massive Category 3 storm with 120 mph winds. He moved inland and crossed into the Atlantic once more before looping over Florida as a tropical storm, re-entering the Gulf, and finally coming ashore in Louisiana. By the time the storm eventually dissipated over Texas in late September, Ivan had left at least 25 dead and $13 billion in damage in the U.S.

But Ivan’s story was not finished; it was just beginning. Nearly twenty miles due south of Gulf Shores in 60 feet of ocean, the massive waves driven by Ivan’s fury had torn off a blanket of deep mud and sediment that had sealed off the oxygen and its decaying properties from a previously unknown ancient glacial forest with thousands of trees still rooted in the same earth that had held them for unknown millennia, covering a half square mile area complete with an ancient river bed. The wood from these trees was so well preserved that they still had their bark, and when dried and cut, they still had sap.

Some of the early investigations into this remarkable discovery were recently presented in a video presentation written and produced by environmental journalist Ben Raines in conjunction with AL.com; This is Alabama, the Alabama Coastal Foundation, and scientists from both Louisiana State University and Southern Mississippi University. This underwater forest, unlike any other ever found in scale and age, is providing new insights into how the climate has dramatically altered life on the Gulf Coast, and around different coastlines.

Researchers initially thought the forest grew at the end of the Pleistocene epoch and the last ice age some 12,000 years ago. Instead, subsequent testing showed that the forest was an astonishing 60,000 years old, during a cycle of advancing and retreating ice sheets in the Great Ice Age that covered all of what is now Canada and into the northern third of the U.S. So much water on earth was captured in the frozen glacial ice that sea levels were over 400 feet lower than today’s level, and the earth was 12 degrees cooler than today.

When the extensive study of the ancient underwater forest began, scientists found that it was not merely a bald cypress forest typical of the coastal states, but was unlike any forest now existing along the Gulf.

Andy Reese, a pollen expert at the University of Southern Mississippi, identified the pollen evidence left behind and found that the most common trees in the underwater forest were a mix of bald cypress, alder, and oak. This type of stand is now found only along the coasts of the Carolina’s, known as the Atlantic Coastal Plain Blackwater Levee Bar Forest – unsuited for the current Gulf Coast swamps, but perfect for a colder climate found in the Carolina’s.

Grant Harley of Southern Mississippi’s Dendron Lab, studied samples of the trees and documented about 500 years of forest activity in the tree rings, demonstrating that the forest had periods of rapid growth and rapid decline, suggesting the hard environment and the – get ready for it – changing climate. Further study, Mr. Harley explained, “…suggests these trees died around the same period of time and they died under adverse conditions. They were under stress. For instance, from drowning in salt water due to a rising sea.”

Of course, this story about real climate change confirms that climate change is real. Fluctuating sea levels by 400 feet or more, rapid temperature changes, ice ages, and the extinctions that they cause are actual events.

One might think that this story about massive and rapid climate change on an unimaginable scale –  400 foot sea-level variations, ice ages, wild temperature swings and the extinctions that they caused – would humble some of today’s climate alarmists, or at least give them a broader perspective of how insignificant humans are in the gauge and scheme of nature. But, you’d be wrong.

Climate change is about politics, not the obvious. (Read more on this here.)

This is one of the many stories of real “climate change science” that goes virtually ignored in the corrupt corporate media-entertainment complex, the political class, and the agenda-driven science and academic community that is enriched by the money provided by the government and institutional grants.

These institutions now widely share the fanatical leftist devotion to the collectivist worldview and the political dogmas that they want to bring to public policy – which leave little room for narratives that don’t fit that purpose. Nor do their politics tolerate dissent or even real debate.

No policy construct seems better suited than the “man-caused climate change is settled science,” mantra to advance the religion of climate change. As an issue, its presentation in graphs and numbers is easily manipulated to purport an immediate, life-ending crisis in complicated jargon and anecdotal evidence that stands only by the authority of a system that financially benefits from its position.

Even when the data used to “prove” the impending doom the world faces is found to be falsified, as has happened with the famous “Hockey Stick” graph, sea ice statistics, and temperature data manipulation by major universities and even NASA and NOAA –  there seems to be no public embarrassment.

At the same time the remedies promoted to “stop climate change” demand the total submission of individual rights and modern lifestyles to a vague international order that would diminish both, and the transfer of trillions of dollars of wealth or potential wealth from some people, primarily Americans, to mostly unidentified other people.

It’s hard to imagine that the subject and science of climate change could be more trivialized than it currently is; but then who could foresee that a hysterical, incoherent Swedish teenager would be this new religion’s public oracle for the end of life on the planet.

If the ancient trees buried under the warm Gulf waters could speak, I think they would shame us for what a tiny view of the immensity and grandeur of God’s creation we have.

If Trees Could Talk was last modified: October 10th, 2019 by Michael Giere