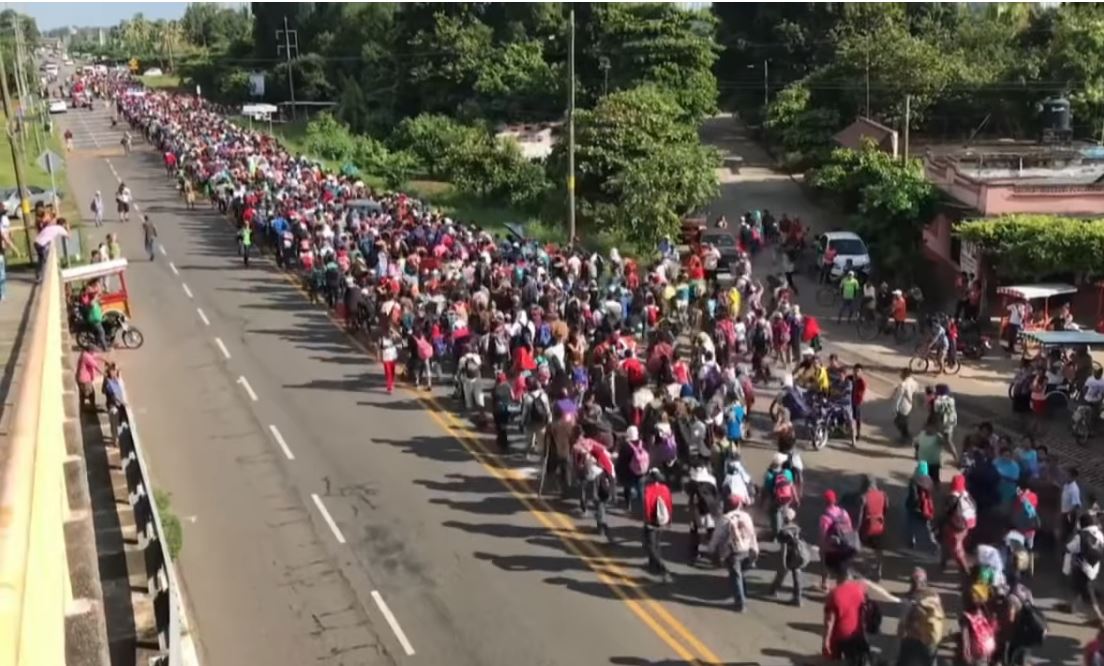 If you build it they won’t come

Why do we have walls?  Obviously, either to keep something or somebody out of an area or to confine them to an area.  They have been with us since recorded history.

The Walls of Jericho kept residents safe until the traitor, Rahab, let the enemy in to wreak destruction.  The Great Wall of China was very effective until technology overtook it.  Hadrian’s wall in what is now Great Britain was very successful in keeping out invaders from the north.  Castles in Europe were, essentially, walled compounds for the elite. There is a wall down the center of Belfast, Ireland that put an end to “the troubles” in that City, and there is a very effective wall Israel has constructed along its border with the Gaza Strip.  All these walls were designed to keep people out.

Other walls such as the one that separated East and West Berlin, the “wall” made of electrified chain link fencing between North and South Korea, and other heavily guarded borders such as in the Soviet Union were/are designed to keep people captive.  Cuba uses the sea as a barrier for the same purpose.  These are essentially giant cages.

Most walls are designed to deter trespassers and while there will always be some people who try to get to the other side of any wall, not matter what, the higher, stronger, or better defended the wall, the less will invaders even try to breach it.

Rich people often put up walls around their properties to keep criminals out their homes. Countries put up actual and electronic walls to keep foreigners out of their countries.  Criminals still find a way in to some protected properties but imagine how many more would do so without a wall.  Drug cartel operatives have tunneled under the border wall between San Diego and Mexico to spread their poison in our country.  But, how much worse would this problem be without a wall.  Most would-be smugglers don’t have the resources or personnel to build tunnels so much drug activity is stopped by our border defenses: an incomplete wall, the Border Patrol, and Customs Inspectors.

In today’s world, some Palestinians try to breach the wall built by Israel between it and the Gaza Strip by storming it and trying to go under it.  The result is bloodshed on both sides. But, the wall saves many lives, not just of Israeli soldiers and citizens but also the lives of Palestinians who would, otherwise, throw themselves at the Israeli border and die in a mass suicide against Israeli guns.  Similarly, the Berlin Wall worked extremely well and prevented deaths by convincing the captive population that it would be futile to even try crossing, no matter how bad life was in the East.  The Koreas are separated by a barrier that deters untold numbers of North Koreans from trying to cross and getting killed.

Walls work and we need one immediately, more than ever.  Right now there is a caravan of thousands of Central Americans who have promised to enter our country, like it or not, making its way to our border.  If history is any guide, there will be rapes along the way. There will be drug cartels kidnapping unaccompanied children to work for them.  There will be human trafficking as young girls are turned into prostitutes for the cartels. There will be misery and there will be death along the way.

The President of Guatemala has said 100 terrorists and 1000 gang members traveling with the caravan have been arrested.  How many have slipped by?  Here in Fairfax County we have police officers under orders to NOT ask about citizenship at traffic stops, a Chairman of the Board of Supervisors who has said the police will never do immigration work, and a Sheriff who will not hold illegal aliens about to be released from the Fairfax jail for ICE unless ordered to do so by a court.  If any do slip into our County, how many crimes will they commit, how many injuries and deaths will they inflict, how much money will be spent because of these criminals?

All this mayhem could have been avoided.  This latest invasion from the south would not even have happened if the U.S. had a wall similar to the ones in Israel and Belfast.  People would save their own lives and those of their children by not even trying to cross one if they thought they had no chance of success in getting past it.  If not from a security aspect, then from a humanitarian one we must BUILD THAT WALL because if you build it, they won’t come!

If you build it they won’t come was last modified: November 27th, 2018 by TBE Staff