Why I’m helping Shak to get to Capitol Hill 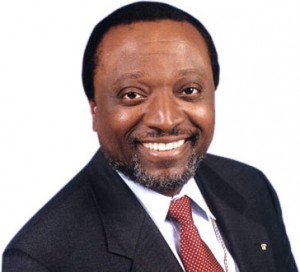 This week I spent several days on the campaign trail with Shak Hill, one of the four candidates competing for nomination as the GOP nominee for the U.S. Senate in Virginia (the seat presently held by down-the-line Obama henchman Mark Warner.) Shak is in competition against Ed Gillespie, a well-heeled lobbyist renowned for his well-remunerated efforts on behalf of Enron, his vocal advocacy of Romney/ObamaCare, his support for the Federal Government’s sly takeover of education, as well as a scheme intended to facilitate higher taxes for the people of Virginia. If Gillespie wins the nomination (which the elitist faction propaganda media has, of course, assumed) Warner is likely to win because the GOP candidate offers no real alternative to Obama’s elitist faction agenda.

Gillespie has the backing of the McConnell-Rove, “crush the Tea Party”, GOP wing of the elitist faction. In the unlikely event that the strong grassroots backlash against Obama’s traitorous, anti-American would-be dictatorship swamps Mark Warner with other Democrats in the U.S. Senate, Mr. Gillespie can be counted on to back McConnell’s efforts to use a GOP majority to assure a strong GOP effort to perfume Obamacare and Common Core, ignore Obama’s high crimes and misdemeanors, assure amnesty for illegals, and wrest leadership of the elitist faction bid to overthrow America’s constitutional self-government from Obama’s failing hands. (As you read the last sentence, please lard it with thick slabs of bitterly ironic sarcasm.)

Though Shak Hill launched his grassroots roots campaign last year, he caught my serious attention when he added his name to the roster of candidates who have committed themselves to the pledge to impeach mobilization. While others are content impotently to decry Obama’s high crimes and misdemeanors for political effect, the veteran U.S. Air force pilot is resolved to stop him, using the means the Constitution provides.

Of course, his understanding of the Constitution’s provisions for dealing with a lawless, traitorous, would-be dictator isn’t the only reason I decided to join him on the campaign trail. He staunchly believes that the first step in meeting whatever challenges the nation faces is to consult the provisions of the Constitution. He knows that the elitist faction’s socialist schemes (Romney/Obamacare, the “Common Core” scheme for ideological subversion of the U.S. education system, efforts to suppress the right of the people to keep and bear arms, and so forth) pose a threat to the strength, moral character and liberty of the American people.

He also knows that Obama’s traitorous dealings with terrorists (Benghazi, the deal to release terrorist leaders in exchange for someone the evidence suggests is an anti-American deserter from the U.S. armed forces) are a clear and present danger to the nation’s safety. Unlike some, however, he isn’t foolish enough to think that we can afford to leave someone of this traitorous, dictatorial bent in the White House unchallenged between now and the 2016 election. We must call Obama and all his collaborators to account for their high crimes. Otherwise, during every moment of the remainder of the Presidential term of office we will have to fear that any serious crisis the nation faces offers them an opportunity permanently to overthrow the Constitution for which they have already shown their utter contempt.

It will come as no surprise to my readers, however, that what clinched my decision to support Shak Hill as actively as I can is his demonstrated commitment to respect Declaration principles, which declare that the purpose of government is to secure our God-endowed unalienable rights. First among these is the unalienable right to life. Shak Hill and his wife Robin proved their unwavering character in this regard when they respected the right to life of their unborn child, even while facing the very real fact that this involved grave risk to her life. (Their son is now a medical technician who works to save lives in emergency situations. He is also a thoughtful, conscientious young man of deep conviction, committed to living out his Christian, Catholic faith.)

They upheld their responsibility to God for their child’s life the way Shak upheld his oath as a decorated combat veteran U.S. to defend the U.S. Constitution, even at the risk of his life. This firmness of character gives us reason to believe that, as a U.S. Senator, Shak Hill will show that same firm resolve when it comes to insisting on the U.S. government’s obligation to respect the unalienable rights of the American people, as secured by the Bill of Rights. This includes especially the Ninth and Tenth amendments; and the exclusive authority of the states, respectively and the people when it comes to expressing their reverence for God, as secured, in unequivocal terms, by the First and Tenth Amendments.

Go-Along to Get-Along (GAGA) Washington insiders and quislings (I call them the Lady GAGAs of our twin-Party political farce) pay lip-service to our Constitution and God-endowed rights when it serves their political purposes. But they have more regard for money and power than they have for the decent liberty God has vouchsafed to us for the benefit of our posterity. Even when such people get elected, right and liberty lose the day. America’s march toward domineering elitist faction socialism continues unabated. We need to elect people who will truly represent our determination to stand in opposition to the march to socialism, as the first patriots stood against the British forces that marched on Lexington and Concord.

The key to finding such true representatives is to support people who will follow our lead in this respect because they share our heart’s commitment to the truths that make us free, and the liberty our respect for those truths makes possible. I am praying earnestly that a majority of the delegates who assemble to nominate the GOP candidate for U.S. Senate on Saturday in Virginia will cast their votes for Shak Hill. I hope they will look beyond his opponent’s money-bought hype in order to make a choice that reflects the life and death struggle for America’s decent liberty that now approaches a climactic moment of decision.

Business as usual, and the lobbyist dealmakers who have made their living from it, will never have the will to save our liberty. But if Shak Hill stands for us as he stood for the life of his unborn son, as he stands for the oath he once swore to uphold the U.S. Constitution, as he stands in good faith to acknowledge the endowment of God our Creator, he will surely raise his voice, and cast his votes, to represent the heart, the will, and the common sense not only of Virginia’s patriots, but of Americans throughout the land still determined to live in decent, rightful freedom.

[Like all campaigns, Shak Hill’s effort could use your help. Visit his campaign’s website. I think you will be moved, as I have been, to contribute what you can to his support.]

Alan Keyes is a conservative author, former diplomat, and candidate for public office. A doctoral graduate of Harvard University, Keyes began his diplomatic career in the U.S. Foreign Service in 1979 at the United States consulate in Bombay, India, and later in the American embassy in Zimbabwe. He ran for President of the United States in 1996, 2000, and 2008 (founding and serving as the presidential nominee of the America’s Independent Party in 2008), and was a Republican nominee for the U.S. Senate in 1988, 1992, and 2004. Keyes was appointed Ambassador to the Economic and Social Council of the United Nations by President Ronald Reagan, and served as Reagan’s Assistant Secretary of State for International Organization Affairs from 1985 to 1987; in his capacities as a UN ambassador, among Keyes’s accomplishments was contributing to the Mexico City Policy. Keyes also hosted a radio talk show, The Alan Keyes Show: America’s Wake-Up Call, and a television commentary show on the MSNBC cable network, Alan Keyes Is Making Sense.