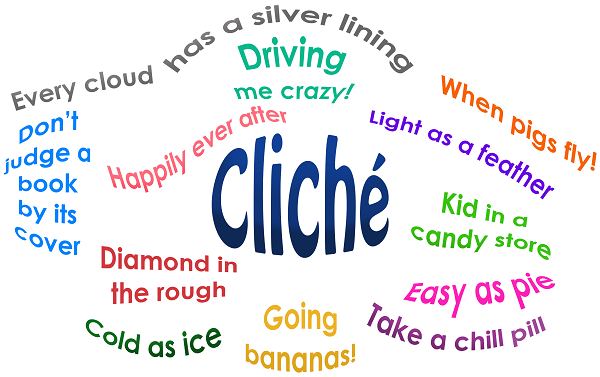 I learned early in my journalism education not to use clichés.  Using a cliché – i.e. “the cadaver was cold as ice” — was a no-no in newspapering.

And, by and large, the media do not willingly use clichés, but what I notice as a media consumer is  the unbridled and unchecked allowance of their commentators to use a number of slogans and “buzz words” over and over again to make their points.

I am keeping a list of them.  Maybe you all can come up with more:

“Dog whistle.”  This is a favorite of liberal commentators, usually in reaction to President Trump or other Republicans making public statements about immigrants or anything that touches on “identity politics.”  And, you often will hear liberal pundits and media say: “It’s more than a dog whistle, but a bullhorn.” The term obviously comes from whistles that slave owners would use to call out the dogs on slaves who escaped.

“Dark”  – I think the “Washington Post” introduced this into our lexicon, most likely around the time of Trump’s inaugural where he was accused of painting a “dark” picture of the situation in the U.S.  He used the term: “American carnage.” It’s becoming an overused term in political speech.

“Gaslighting.”  The term “smokescreen” was also used quite a bit.   “Psychology Today”  describes “gaslighting” as “a tactic in which a person or entity, in order to gain more power, makes a victim question their reality.”  Again, liberals use this a lot to suggest Trump is using “smokescreens” to hoodwink us. Amanda Carpenter, a conservative and ex-Ted Cruz staffer who, in order to be on CNN, touts the anti-Trump line now and then, wrote a book called  “Gas Lighting America.”

“Doubling down.”   This also appears to have arrived in the Trump era, because Trump never apologizes for anything he says or does.  So he “doubles down.” Gag me.

“Thrown under the bus.”  — This has been around for eons and I don’t have to dwell on it.  An equivalent buzzword is “sandbagged.”

“Isn’t that rich?”  – It’s the same thing as pointing out the “irony” of what someone says or does.  It’s not a new term, but I have been hearing it over and over lately.

My first experience with the term was in October 2017 when Loudoun County Board Chairman, Phyllis Randall (D), used it to take a swipe at Del David LaRock for advocating for Northern Virginia Transportation Authority funding for a project in his district.

According to the  “Loudoun Times” weekly paper, Randall said on the dais:  “I think it’s rich, just rich, for a politician who campaigned against House Bill 2313 passing, who drives around a pink no tax pig, to come here today and talk about money through NVTA, which he fought hard not to have.”

Is Randall also accusing LaRock of “gaslighting,” may I ask?  But it was Randall who “sandbagged” LaRock – she took a swipe at him when he was not in the room to defend himself or respond.

Or, was he thrown under the Tax Pig?

“Echo chamber.”  This is one word both conservative and liberals seem to use a lot in the political talkosphere.  It’s very appropriate in this day and age of news that fits your point of view. It’s been used to describe politicians who only talk to their base of support.

Perhaps I just watch too much CNN, Fox and MSDNC, but I do see these terms used in the newspapers, including legitimate ones like “The Wall Street Journal.”

It’s just getting old (cliché) to be ‘doubling downing’ and ‘gaslighting’ with ‘rich’ ‘dark’ ‘dog whistles’ in the ‘echo chamber.’

I’m tired of ‘doubling down’ and ‘gaslighting’ with ‘rich’ ‘dark’ ‘dog whistles’ in the ‘echo chamber’ was last modified: October 27th, 2018 by Guest Contributor Ken Reid