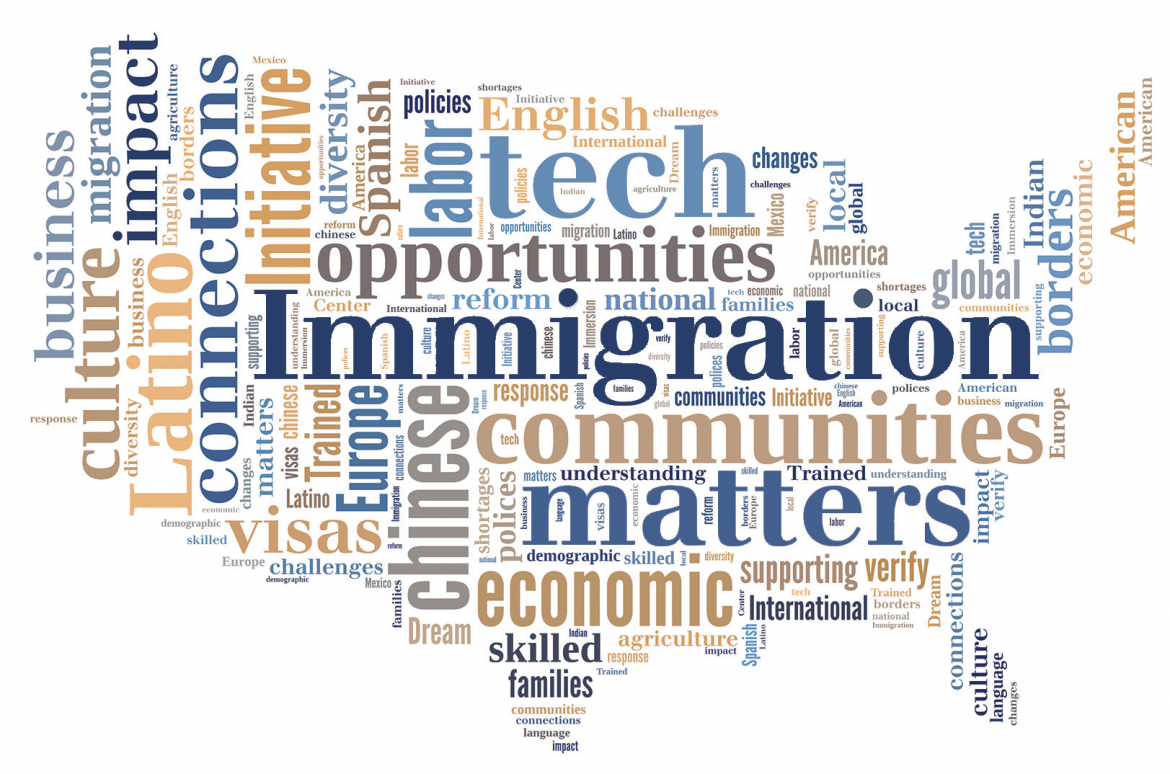 Why does immigration matter? Have you ever asked yourself? Why are people allowed to move from here to there? Why is migration such a concern for Governments? What are the impacts of it? Why should it be prevented or encouraged? This is a substantial question with moral impacts that go far beyond just economics. Moral choices, libertarian progress the United States has made in the past sixty years, such as equality for women, LGBT, blacks, and others are impacted because a substantial part of the world does not support such progress. Representative government runs counter to the idea of open borders.

Why is the most important question regarding any legal structure since any restriction on human freedom should be closely examined and tested? Because the prevailing form of government in the world is representative if follows that borders matter. People vote for the sort of government they desire. They pay taxes for the significant amount of money which is invested in societies infrastructure (roads, clinics, military, first responders, etc.) and are, therefore, deserving of the benefits for which they paid. As government power expands, borders matter even more.

If we examine it at the state level, Virginia and Maryland, for example, we see to very different histories in the expansion of the power and level of control exerted by the state. Virginia has had for the past 40 years a legislature that was almost exclusively conservative with little government interference in development and other functions, a significant uptick in large companies in Virginia has occurred, low taxes, and limited government interference in business has seen the state’s economic boom, but there are negative impacts to growth as well. The same conservative legislature has been slow to build out the infrastructure necessary to support commerce at this level.

Maryland has lived through the opposite pattern, with high taxes and extensive government control, Maryland has invested heavily in its infrastructure, but the citizens pay for it. Planned communities are the rule of the day in Maryland, Water and Septic, education and medical care all provided and/or substantially subsidized by the government in a very controlled fashion. Even with taxes so high, the level of debt incurred by Maryland’s investment creates a negative picture for future growth. Their liberal policies on taxation and business regulation have a tremendous impact on businesses looking for new homes.

Should people move from Virginia to Maryland, they would benefit from the substantial investments and the government services offered, but they would live under the restrictive regime that controls where and how you build a house, get your services, and most importantly, how much money is gone from your paycheck at the end of the day. For this reason, representative government demands that borders matter.

Let’s look at an economic example, if a tradesman wanted to work in a state where unions had more power than employers, that person might move to New York. But upon moving there, they might find that the employer wanted to move to a state where employers were more powerful than unions. The employer would move to a right to work state. The consequences of such decisions regarding a representative government drives migration. Tradesmen are often required to follow the employer who requires her trade. The tradesman may be forced to move to Alabama where right-to-work laws keep the power of unions and workers at a minimum. Elected government make such decisions measuring the impact and benefits of policy, and voters are required to measure and decide if they can live with the consequences of their vote.

Judging their elected representative to be intolerable, they may move to an area where they have a tolerable life, that being the ability to provide for a family, etc.

As the economy demands migration, people, following the work, carry with them their political beliefs and vote based on them. This transforms the place where they have moved and eventually, the factory will move on to a more adept economic environment. The tradesman will follow and eventually over the course of many years, this area will change as well. This is why when analyzing where to open a new factory or office, businesses put high on their list political stability. This is also a reason why early voting laws required voters to own property, assuming that an owner of a substantial asset such as land and a house are vested in the status quo of the community.

Looking at the phenomena of migration within the borders of the United States offers a monocular view, where an overall governing set of rules precludes the rule set from changing too much; however, International migration is governed by the same economic factors.

Looking specifically at migration from Mexico to the United States, where a prevailing representative government in both countries masks a substantially different economic system. The primary reason which has been cited for migration from Mexico is economic opportunity. Whether because of corruption in their government or because the people keep electing communists, the Mexican economy never seems to be able to get off the ground.  This is in spite of the enormous amount of work, which US companies have shipped over the border, as well as, the tremendous transfer of money which illegal immigrants provide back to their families in their source country. Migration from Mexico to the United States is so high, approximately 11.6M (10% of the country’s population) Mexican immigrants were in the US in 2016 (Source), it is clearly a national emergency, at least from the perspective of Mexico. According to the Center for Immigration studies, ~300,000 Mexicans migrate to the United States every year.

Economics is not always the determining factor in migration. Another example of immigration is when political conditions created by government create migration which is necessary to maintain a belief system or way of life.

For example, if a Muslim person wanted to live in a place where Sharia law was the prevailed rule set, they could vote for representatives who reflected their views. If enough support was gathered in Iran, for example, Sharia law would become the law of the land. It would then become illegal to practice Christianity and so internationally, the world has agreed to allow people whose lives are threatened by their current government because of beliefs to move to a country where they will be safe. This is called asylum. So many people come to the US for asylum because there can be no prevailing religious rules and all practices that do not otherwise bring harm to another person are respected. In 2016, the number of approved asylum seekers was 11,729 according to DHS.

I want to explore more deeply the true impacts of immigration on countries in the world.  I look forward to sharing those articles as I am able.