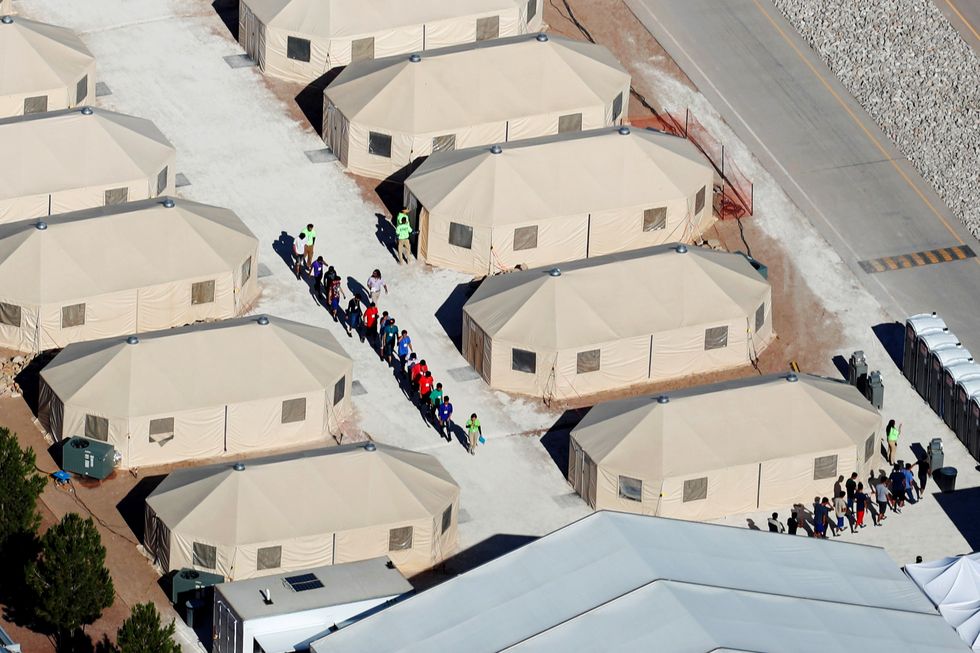 “Being an American is increasingly viewed as an optional box to check, and the honor of citizenship is relative to what is received, not what is required.”

Most of us have been there; the computer screen turns an ominous blue, data becomes irretrievable, and whole files disappear. Then panic sets in. You start punching keys and issuing threats. Nothing happens. You have to reboot the system, or worse, buy a new computer.

The same thing has happened to United States immigration policy. The system crashed. It was rebooted and flickered for a bit after 2016, and now it’s crashed again. It seems beyond repair.

As with so many things in the first sixty days, the installed government of Joe Biden is simply ignoring existing immigration law and “ruling” by executive order – orders issued at three times the rate of any previous president. (Didn’t they call Donald Trump “Hitler” when he used executive orders?)

With immigration, the order is illegal, brazen, corrupt, and cruelly immoral. But, the radical socialist brigades in charge of Washington, D.C. – isolated behind tall walls and barbered wire fencing – could care less.

Nor does it appear the courts or Congress have the willingness to stop them, even though they both have the power to do so.

The installation of Joe Biden ignited a stampede at the Texas-Mexican border as tens of thousands of Central Americans, Mexicans, and others stream towards the Promised Land (complete with professionally printed “Biden. Please let us in” t-shirts?). Some come as “refugees,” others simply as illegal aliens willing to bet that no one will send them home.

It’s a good bet. The Obama Administration’s infamous “catch and release” policy is back. If an alien utters the word “asylum,” in the past, they were issued a court appearance order (which over 90% have ignored) and then released in the U.S. Now we’ve learned that no court appearance order is delivered, and the “refugees” are told to contact the courts for a date.

Perhaps the newly installed Administration is trying to see if they can get a perfect 100% non-compliance rate? Regardless, the lesson is that U.S law means nothing – unless you’re a citizen who breaks it, of course.

(Inexplicably, while taxpayers are on the hook for trillions of dollars fighting the Chinese coronavirus, suffering economy-destroying lock-downs to “flatten the curve,” most of the new flood of illegal aliens are not tested, and those that are and found positive have all been released into the population, 200 or so at last report.)

The Border Patrol reports that more than 600 unaccompanied minors are now arriving daily, and housing the estimated 15,000 here already has become an enormous task. As minors (most in the 15-17 age range, reportedly), many arrive alone or with non-family adults, and there is a duty to find relatives, if possible, and suitable shelter.

The facilities that the radical socialist Democrats called “cages” and labeled as “evil” when used by the Trump Administration – even though they were built during the Obama Administration – are busting at the seams. (The ridiculous cage charge derived from chain-link partitions used to segregate and protect children by age and gender from predators. Rape is a significant problem.) New tent cities are going up across Texas, and public spaces, such as convention centers, are also being used.

Some officials believe a million people could migrate north to the U.S. in the next twelve months, many if not most brought to the border by drug cartel-run “coyotes,” now the cartel’s most profitable business. It’s not a far-fetched estimate. A 2019 Gallup poll [here] found that 42 million Latin Americans planned to cross into the U.S. given the opportunity, and some four to five million plan to do so illegally.

The fuse for the new flood of illegal aliens at the border is the loose words of Mr. Biden and Ms. Harris about amnesty and the need for new immigrants, and, of course, the rich menu of services available; schools, housing, food, and even stimulus checks.

The real issue at hand, though, is not about immigration as it practically affects the country – it hasn’t been since the 1970s. It has nothing to do with ethnicity or national origins. It’s about whether or not an exceptional nation founded on a still-unique Constitution can maintain its soul, its identity, and its purpose.

The questions this poses seem clear.

Will our immigration policy affirm the historical model that the U.S. has never been “ethnic” in perspective but embraced a code, an ethos, born out of the Founder’s vision of human liberty, self-responsibility, and God-given rights?

Or will our immigration policies accelerate the damage already being done to the concept of liberty, linking it to socialist precepts that the government must be the primary benefactor of rights to the individual, taking from some and giving to others, and consuming increasingly more individual liberty to do so?

There is a great danger to the Republic in this choice; the former historical model promoted the concept of assimilation; the latter is promoting a standard of integration. They are no more alike than water is to gasoline.

The integration concept has been gathering energy and focus since the Hart-Celler Immigration Act passed in 1965, gradually replacing the concept of a “melting pot,” where immigrants came to America to contribute and become assimilated into the larger culture and share in the spirit of the American Experiment in self-government.

Incrementally this model has morphed into the “benefactor,” socialist worldview of multi-culturalism and ethnic identity, with no mention of assimilation into the American culture. It now includes the “open borders” extreme viewpoint that migration is an economic right, a view shared by many transnational corporations that simply want the cheapest available labor. It is also advocated by too many religious organizations who financially benefit through government grants which require ever-increasing refugees and illegal aliens’ flows. Of course, the politicians dream of votes. Everyone wins except the taxpayer and American workers.

Philosophically, many of these groups advocate an “any willing worker concept;” that any available worker from any place in the world, has the right to compete for any job in the U.S. with no restrictions.

With that, is assimilation even possible? The mission seems at odds with that and more clearly makes the goal to remake the United States into a partner to the global community.

For over two centuries, the United States has had numerous waves of mass immigration. Each wave had its specific immigration policies in place, as they benefited the country at the time. Sometimes restrictive, sometimes not (and there have been mass deportations of illegal aliens and religious restrictions). But constant throughout the years was the belief that those who come to our shores wanted to be Americans.

That is not so obvious today. Now, the welfare state’s substantial economic incentives for both legal and illegal immigrants, free education and medical care, and dual citizenship have created an atmosphere of hyphenation.

Being an American is increasingly viewed as an optional box to check, and the honor of citizenship is relative to what is received, not what is required.

Like every generation before us, we have to reboot our immigration systems to make them relevant to the circumstances we face. Not only has the time come to reboot, perhaps we have come to the point where we have to place a moratorium on all immigration and refugees until we put together a new system based on what is in the best interests of American citizens and the cause of human liberty.

This national discussion is fifty years in the making. It has been a “fits and starts” type discussion so far. A majority of the American public is already there and has been for a long time, including those in the ethnic communities who suffer the most consequences from unfettered immigration.

The question is, and always has been, where are our politicians? The answer? Hiding in the tall grass, as usual. Proving once again that most of the important issues facing the country will never be resolved in Washington. They’ll only be resolved when average citizens start a grassroots revolution to save the Republic.

[…] First, the crisis is immediate. A human disaster and unspeakable tragedy are happening as the public watches in real-time along the Texas-Mexico border. Tens of thousands of illegal aliens and unaccompanied minors have already walked into Texas this year. In January, 75,000 illegal aliens were apprehended entering the United States, which was the highest January number since 2006. By March, the unlawful crossings had skyrocketed to nearly 200,000 (not including up to another 40% who enter the country undetected). Some experts now predict that 1 to 2 million illegal aliens will cross the border this year alone. (See my March 23rd article, Immigration Reboot 2.0, here.) […]