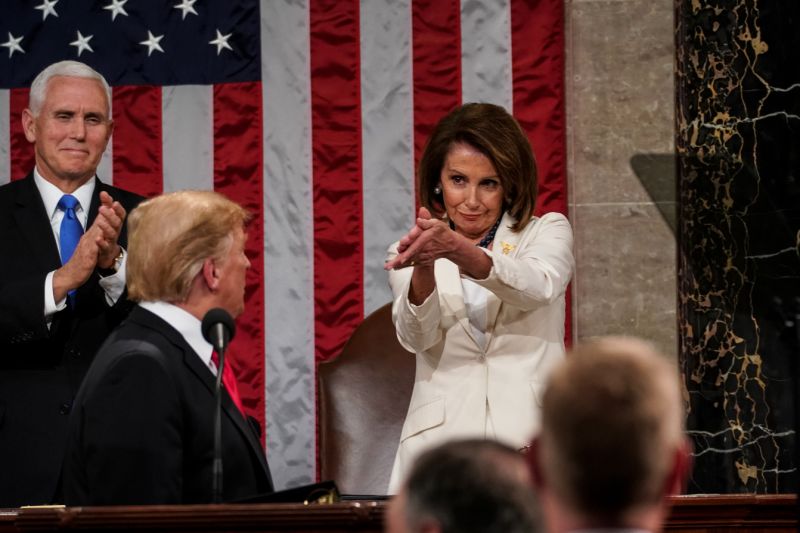 On the Bill Maher show, House Majority leader Nancy Pelosi said, with a big grin on her face, that President Trump “was impeached forever”.  However, is that actually true?

President Trump was impeached by the current House of Representatives on pure party lines and obvious political dislike.  There was no actual attempt to bring in ”fact” witnesses, – and Congresswoman Pelosi has argued that “allegations” were all that were needed.

Can this flimsy impeachment proceeding be overturned?  The impeachment process is legislative. Past legislative actions have been revised and even repudiated.  Thus, a future Republican majority House of Representatives could conceivably repudiate the current Democrat Majority impeachment.  The Republican majority could even go further, calling in numerous fact witnesses and, as things unfold, censor the Democrats who participated in this sham.

Is this likely to happen?  I don’t think so. Republicans have shown little spine when it comes to tough choices, and this would certainly be a tough choice.  In addition, many Republican legislators have been lured into the global socialist camp and it would be embarrassing to be exposed as against “Make America Great Again” or “Keep America Great”.  Nevertheless —-

Nancy, I suggest you wipe that smirk off your face.  A future Republican House might just enjoy wiping it off as much as President Trump does.  They also might enjoy censoring you for Abusive of Power and Obstruction of Congress.