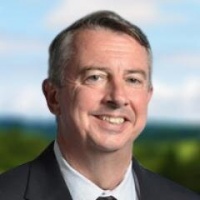 The Gillespie campaign is flexing some grassroots muscle today, releasing an extensive list of local GOP chairmen who have endorsed Ed Gillespie for U.S. Senate.

A chairman of a local GOP committee is, in most counties, the lowest level of elected party leader. For the most part, these people are grassroots leaders not afraid to get their hands dirty with the hardest work in politics. They are the leaders closest to the people.

That’s why it’s significant when a local chairman endorses a statewide candidate. It doesn’t always happen. So, when a candidate gets 51 such endorsements, it’s pretty big news.

Below is the list of Virginia GOP chairmen endorsing Ed Gillespie:

As far as we know at The Bull Elephant, most of the roughly 130 local GOP unit chairmen (including this author) have not made any endorsement, which suggests that this list represents a very significant majority of those who have.  Clearly very good news for the Gillespie campaign to be able to show this kind of strength a local level.

Here it is: ”
For months now I have honored my pledge, as Fairfax County Republican Chairman, to remain neutral in intra-party races. Now that I have turned the Chairmanship over to Matt Ames, I am thrilled to be free to announce my endorsement of Ed Gillespie for our Party’s nomination to the United States Senate.

Ed and I have known each other for many years. We have worked together in the community, our children have attended school together, and I have witnessed firsthand the great work he and his wife Cathy have done to benefit all people in our state and in our nation. Ed is a true leader, a dedicated patriot, and a man of great vision and principle. As a first generation American he understands the exceptional nature of our nation and knows what it takes to return America to prosperity, with opportunity for all. Ed will work tirelessly for our conservative principles, applying his unmatched knowledge of how our government works to addressing the key and critical issues of our time.

Ed has served his nation well already, rising from a parking lt attendant to a key position in the White House. He has served our party well, both as Republican Party of Virginia Chairman and Chairman of the Republican National Committee. Most importantly Ed has served his community through his, and his wife Cathy’s, many charitable and philanthropic activities. I can think of no better man to serve the people of this Commonwealth in the United States Senate than Ed Gillespie, and I give him my unqualified and highest recommendation and endorsement.

Mark Warner has failed the people of Virginia. While promising to be an open-minded, fiscally responsible and business-savvy Senator, he has instead voted for $7 Trillion in new debt and a trillion dollars in new taxes. He has not worked “across the aisle” as he promised, but instead voted with President Obama and Harry Reid 97% of the time – even going so far to work hard to whip votes for Obamacare and other job-killing, big-government programs. Mark Warner is not the man for Virginia in the Senate. Ed Gillespie is. I hope everyone will join me in supporting Ed with their time, their money, and their votes. I have already made the maximum contribution allowed to his campaign, because I know that once elected Ed will be a champion of liberty, freedom and opportunity for all. I am thrilled to give him my endorsement, and will work tirelessly to ensure he is elected in November.

Please join me, over half of the State Central Committee, over 50 unit chairs, and conservatives like Senator Mark Obenshain and Delegate Rob Bell, in supporting Ed at the June 7th Republican State Convention in Roanoke.

Let’s unite and win this thing.

Thank you and God Bless,

The good news is that when the establishment’s dream candidate loses by 30 points, we can put to rest the nonsense by Republican moderates. The fact that GOP insiders could ever imagine that Ed Gillespie would be a good candidate is evidence of how out of touch Republican moderates are with the real world and the voters. The problem isn’t the candidate. The problem is the mindset that causes Republican leaders to be blind to who would be a good candidate for Virginia for US Senate. Remember that Ed Gillespie has never been elected to anything, nor even run for anything I don’t believe.

I find it interesting that you would suggest Allen run again after losing last time. And Newt Gingrich? Talk about baggage! As far as criticizing the fact that he hasn’t held office before, I thought that was exactly what the Tea Party wanted, a citizen representative, and not a career politician!

Ed Gillespie is the former Chairman of the Republican National Committee. That doesn’t sound like a citizen politician to me. That’s as Inside the Beltway as you can get. And yet aside from leading the RNC and being a lobbyist and running a Super-PAC, what does he offer? Someone who has been in the Virginia General Assembly or elected to something would at least have something to recommend him.

But the problem with the GOP establishment is (1) they tell us we must support THEIR chosen candidate to have the best chance of winning, but then (2) the establishment picks very mediocre candidates.

If the establishment is going to pre-select candidates, why do they have to do such an AWFUL job of it?

Tea party candidates and conservative challengers are usually far better candidates than the candidates the establishment tells us we “must” support to have the best chance of winning.

I don’t think one must be a citizen politician to be in the tea party, just committed to the tea party’s goals. I hope we beat Mark Warner. But we won’t.

In a State the size of Virginia, with a vibrant Republican Party and many conservatives, it is embarrassing that the GOP could not find someone with a real shot at beating Mark Warner.

I don’t see the biggies on there, Loudoun and Fairfax. Interesting that no units in NOVA, other than Manassas are on the list.

That may be the case, but I can tell you most of Fairfax supports Gillespie openly.

Many committees, Fairfax included, have rules that their Chairmen are not allowed to endorse. The outgoing Fairfax Chairman, Jay McConville, endorsed Ed immediately after the new Chair was elected.

Not to mention that during his campaign HQ opening, in the heart of Mount Vernon district, over 200 attended. All Fairfax County activists and supporters, that are also delegates to the state convention.

Fantastic, while not surprising, news! Mr. Gillespie has demonstrated he has the infrastructure and grassroots support to pull an upset come the general election. I for one cannot wait for the state convention, to finally nominate our winner, and start the hard work in preparation for the fall.