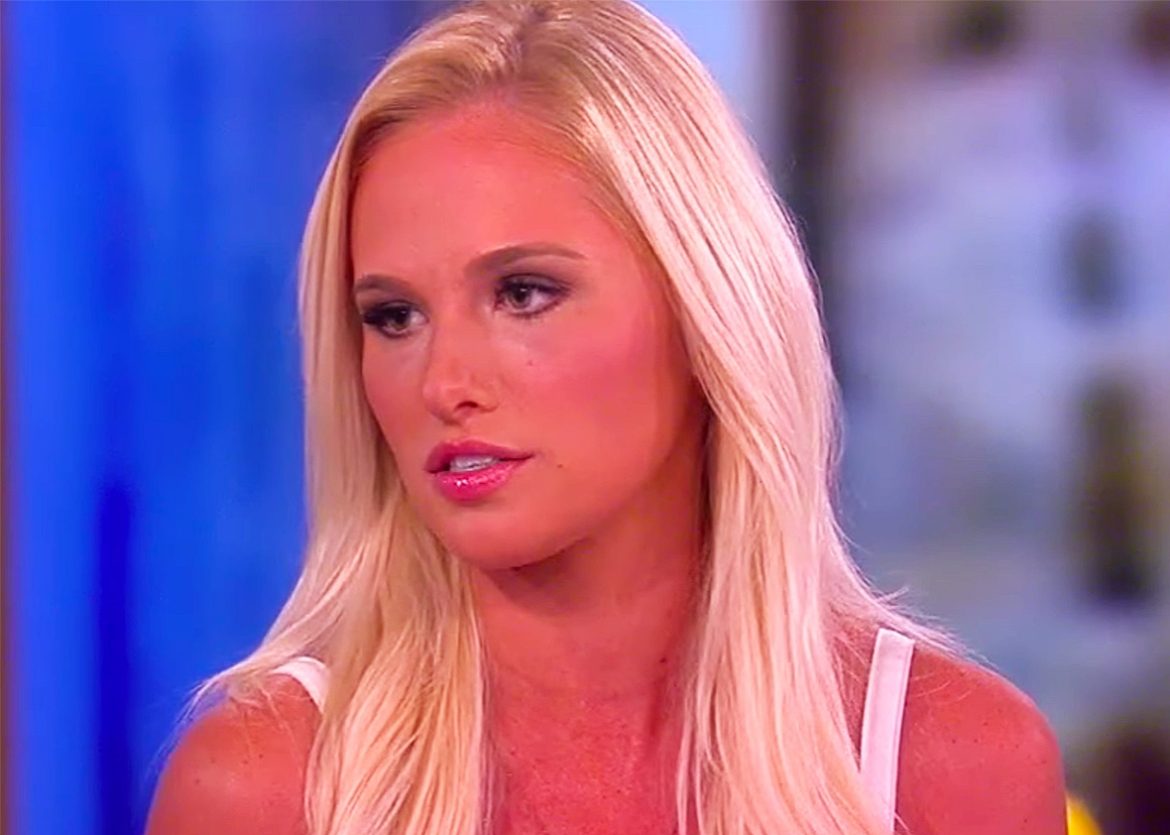 In defense of Tomi Lahren

Earlier this week, up and coming millennial star of the Blaze Tomi Lahren was suspended by her employers, ostensibly for defending her pro-choice views on The View, that horrible show where Femi Nazis whine and complain about everything from the evils of manhood to how conservative women are destroying the US.

For the record, before I became a pro-life activist, I was once pro-choice.  This was before I converted to Christianity from agnosticism on March 28, 1998.  Even after my conversion to Christianity, it wasn’t until 2003 or so that I become pro-life.  Probably I would have become pro-life sooner, but did not, in large part because of how some pro-lifers would talk to me.  Nothing quite like being punched in the back of the head by some pro-lifer to tell me to change my mind on abortion or else huh?  I received that specific treatment on a couple of occasions back in the late 1990’s.

So I can sympathize with Ms. Lahren here.  And while I disagree with her vehemently, it is wrong for us to condemn her because she thinks differently than we do on an issue.  I find 99% of what Ms. Lahren has to say rather refreshing. And if she’s a bit overly strident at times, we should at least be glad that a young and rather attractive millennial lady is defending American culture and taking on her peers for being so easily offended at everything that they cannot handle.

Appreciating young Ms. Lahren and trying to explain to her about just how horrid legalized abortion is on so many levels is the better way to handle the situation, not boycotting her show.  Not only is Ms. Lahren refreshing, but quite funny also.  She explains a topic rather well and is someone who young millennial women should look up to – rather than a Katy Perry who at age 33 is still rebelling against her parents, or Miley Cyrus who has become a wanna be whore onstage.  Not to forget Lady Gaga, who wears dresses made of raw meat and sometimes dry humps men onstage.

Instead of condemning Tomi or boycotting her show, maybe we should try explaining the true evils of abortion to her in a non-judgmental way.  How Planned Parenthood was formed to be a genocide against the black race.  Or how abortion destroys the greatest bond of all, that of a mother and child.  How abortion can lead to genetic engineering.

Thanks to modern science (something which liberals say they love – other than when it proves them wrong) that a baby’s heart starts beating at 20 days after conception, and at 40 days, that same baby gives off brainwaves – both which are factors used to determine death.  It is these facts we should explain to Ms. Lahren.  I thank God every day that my pastor at Cherrydale Baptist – Steve King – explained them to me in a non-judgmental and loving way.

Remember that faith is like a mustard seed. A kind word well planted and nurtured will take root and grow.  It grew inside me, and it can grow inside of Tomi Lahren.  I look forward to her return to The Blaze.  Or somewhere else if The Blaze will not have her.  Boycotting her show only makes us look as stupid as the snowflake liberals who Tomi takes on so very well.

Jesus sat with sinners.  Jesus didn’t condemn them – He worked with them. Shouldn’t we do the same with Tomi?