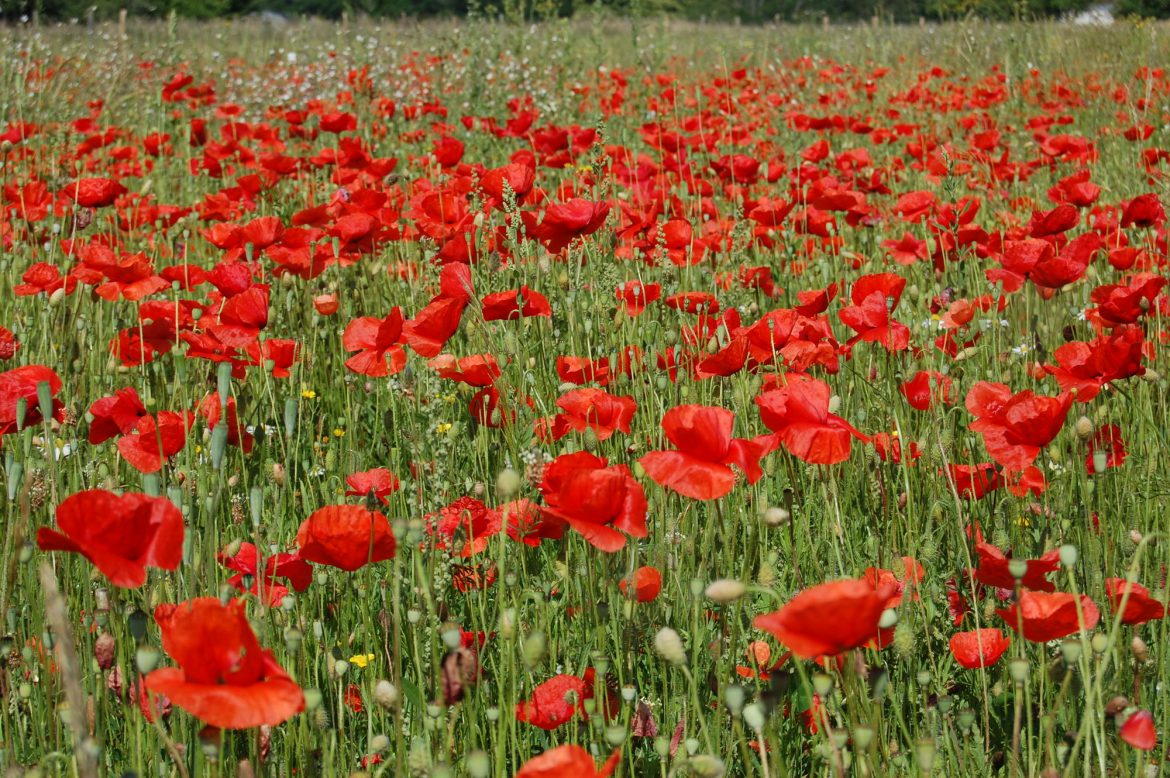 “In Flanders fields the poppies blow
Between the crosses, row on row,
That mark our place; and in the sky
The larks, still bravely singing, fly
Scarce heard amid the guns below.”

Is the start of one of the greatest of poems associated with war and death.   It is a writing that has stood the test of time through two great wars and many others in the 20th century.

In Flanderâ€™s Field was written during the First World War by Canadian physician Lieutenant-Colonel John McCrae. He wrote it on May 3, 1915, after presiding over the funeral of friend and fellow soldier Lieutenant Alexis Helmer, who died in the Second Battle of Ypres. According to legend, McCrae was upset with his poem and threw it away.  Some fellow soldiers, emotionally affected by the poem, retrieved it. “In Flanders Fields” was first published on December 8 of that year in the London magazine Punch.

During this Memorial Day period of remembrance, it is our duty to acknowledge the sacrifices of our Veterans.  The poppy is a symbol of the service the dead and injured have provided America during times of war. It is also an international symbol of such service and sacrifice.

The second stanza in the poem reminds us that buried at the foot of each cross is what was once a human life now ended by the violence of war. Â

“We are the Dead. Short days ago
We lived, felt dawn, saw sunset glow,
Loved, and were loved, and now we lie
In Flanders fields.”

War is hell, and it should be fought as such. Â Playing at war is despicable, and there are far too many instances where wars fought as playthings only lead to unnecessary death and disaster. Â The entire third stanza makes this point rather directly.

Take up our quarrel with the foe:
To you from failing hands we throw
The torch; be yours to hold it high.
If ye break faith with us who die
We shall not sleep, though poppies grow
In Flanders fields.

When you see a veteran selling a poppy, remember what it stands for. Thank him and those who died for you â€“ and proudly wear the poppy.