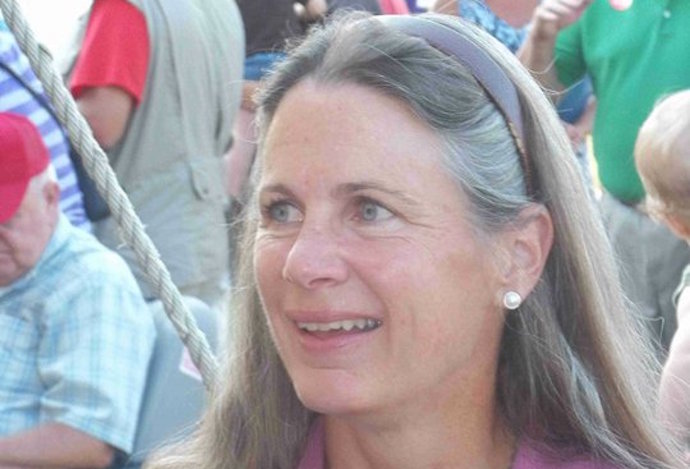 In November, vote for Karen Kwiatkowski for District 1 Supervisor in Shenandoah County

Voters have a clear choice this election in so many races around the state.  You have conservative Ed Gillespie vs Mr. Sanctuary City Ralph Northam.  You have conservative Jill Vogel vs that Bernie Sanders freak Justin Fairfax.  And a great constitutional lawyer like John Adams vs Mark Herring, who really does not understand what his job as AG is supposed to be.

However there are many other races on the ballot as well.  And none of them more important than Shenandoah County District 1 Supervisor.  Here we have former Republican four-term incumbent Dick Neese, who likely got into local politics for good reasons, but ended up becoming little more than a progressive, against libertarian retired Air Force Lt. Colonel Karen Kwiatkowski.

The choice could not be more clear.  Karen is running on a platform of bringing economic development to Shenandoah County, and Dick Neese who is, by his own admission, running on a platform of increasing property taxes and imposing a meals and cigarette tax on County residents.  Karen is thinking outside the box in ways to bring money to impoverished Shenandoah County by being a leader in legalizing hemp farming (a position supported by both Ed Gillespie and Bob Goodlatte), which would bring millions of dollars to Shenandoah County farmers.

Under Neese’s term in office, service on the County debt has risen from $1.2 million per year in 2002 to $2.3 million per year now.  It should also be stated for the record that while Neese has been proud of the supposed low unemployment record in Shenandoah County of 3.4%, the fact is this number is based on a 30 hour work week instead of the old 40 hour work week we have been used to.  So thanks to Supervisors like Neese who have done little to spur economic development in Shenandoah County, we are now the 2nd lowest county in the region when it comes to economic prosperity.  Our county has a rather high poverty rate of 12.2%, again second only to Page County.  Again thanks in part to Dick Neese.

Our beautiful county has fewer jobs than it did in 2011, again thanks to policies supported by Dick Neese.  This survey also showed that nearly 26% of 1st District residents and their neighbors within a 3 mile radius of New Market had no job, and that 15% of local businesses had failed in the past 5 years. (This study was done by the Economic Innovation Group, which studied over 3000 counties around the USA and was reported on by the Shenandoah Free Press on September 28, 2017).

It should also be noted for the record that Ms. Kwiatkowski holds her teachers license in Virginia.

People of the Valley, don’t we deserve better than this?  Don’t we deserve the same jobs that everyone else in Virginia has?  Don’t our kids deserve better?  Do we want to be paupers our entire life, and forced to look to Big Brother in Woodstock for handouts from the ruling class who is profiting on our misery?  I say we deserve better, and the best way to start is to elect former Lt. Colonel Karen Kwiatkowski as our Supervisor.

In November, vote for Karen Kwiatkowski for District 1 Supervisor in Shenandoah County was last modified: October 9th, 2017 by John Massoud

The abbreviation for an Lieutenant Colonel in the United States Air Force, is LTC. Also, she’s retired, so you should have indicated that in your story.

Regardless of the shortcomings in John’s story, and his undying support for RINOs in statewide office contests, there is no better a candidate that can be found in this election cycle running for office than Karen Kwiatkowski.

When will people wake up and realize that county governments are drowning in debt just to buy votes? It so disguisting to sit here and watch the ignorance and stupidy. What can anyone say that world change anything? Wall St./evil owns you people by your own choice. Don’t even think about using your planned excuse that the state government made you run up the debt. Just tell the state no, and let the courts figure it out. America is a sinking ship.

Yea, right, Virginia counties can just grow hemp to solve their debt problems. what a frekin, joke. If there is any money in hemp, every farmer in the US will plant it and drive the demand and price down the toilet. Just more Republican BS.

As usual, just like Washington, Republicans do not have any plan to manage anything responsibiliy. The people actually prefer evil anyhow.

What we all need to understand is the DEMS and The GOP are working together to undermine the rule of law and our constitution and to do that they first need to break the will of WE the PEOPLE! IT’s not one or the other, IT’s BOTH!

I hear this lady is super smart. I remember she had a respectable showing in her district when she ran for Congress, got like a third of the vote or something against a long time incumbant.

Don’t forget nice also stated he does not do computers. Which seriously means we should be retiring this dinosaur. Also mr. Nice file bankruptcy 2 years ago how can he run a county when he can’t run his own finances when he makes more than 20% of the median household income. And let’s not forget he lied on his Financial filings

Who is Mr. Nice? Or do you mean Neese?