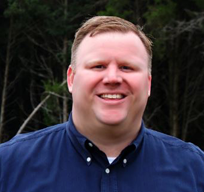 Scott Jacobs, running as an independent for Prince William County Board of Supervisors for the Brentsville district, is apparently making a habit of lying to voters about being the Republican candidate instead. [read_more]

In fact, Jacobs failed to qualify for the GOP nomination, and so threw away any membership in the GOP by instead running against the Republican nominee, Jeanine Lawson. Riley at Virtucon reported this morning that voters have been reporting calls from the Jacobs campaign identifying him as the Republican candidate. Now, a recording of one such call has surfaced wherein the campaign tries to convince the voter that Jacobs is the Republican nominee, but the voter knows better…and she gives the campaign just enough rope to hang itself.

Voters in Prince William should take heed of this dishonesty when deciding for whom to cast their vote in the upcoming December 23 special election. Don’t let this sore loser split the Republican vote and pave the way for a Democrat to represent Brentsville.

So here is problem with this piece and this race… First Scott is philosophically a republican. He didn’t file the correct paperwork for the party. Which was a mistake. This is his first run at any office… not condoning the mistake, but it is just that. He is the only one running that believes in private property rights. If you own land in PW’s rural crescent, then you will understand how important property rights are!
Those us that either have family property there are not encouraged by Lawson’s stance on property rights.
I have emailed Lawson’s campaign after the debate asking why the Republican in the race would take a position strips property rights away from certain individuals depending on their zip code. She has not responded.
For that reason, I have major reservations about calling Lawson a “Republican.”

Voters deserve better than this deception.

Greg L. posted the entire debate from 12/9 for those interested:
http://www.bvbl.net/index.php/2014/12/10/brentsville-supervisor-candidates-debate/#more-4373