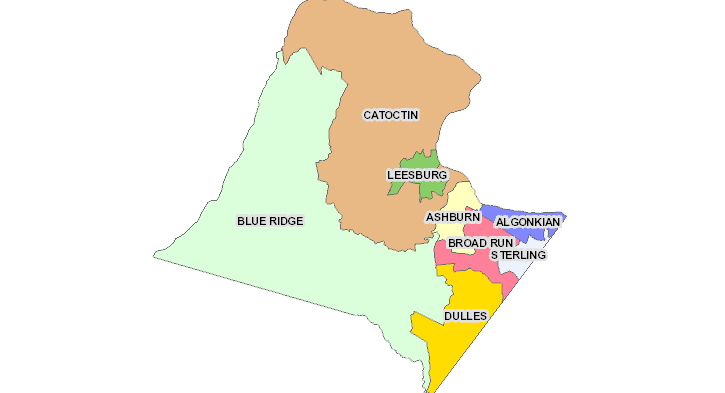 Information on Shawn Williams’ Replacement on the Loudoun Board of Supervisors

Loudoun county issued this notice today regarding the replacement of Supervisor Shawn Williams on the Board of Supervisors,

“The Loudoun County Board of Supervisors will hold a special meeting beginning at 7:00 p.m., Monday, September 21, 2015, in the Board Room of the Loudoun County Government Center, 1 Harrison Street, S.E. in Leesburg. The purpose of the meeting is to appoint an interim Broad Run District Supervisor whose term will end December 31, 2015. The official notice for the meeting and the agenda are online at www.loudoun.gov/specialmeeting.
The Board of Supervisors is accepting applications for candidates who are interested in serving as supervisor for the Broad Run District. For consideration, completed applications should be submitted by5:00 p.m., Tuesday, September 15, 2015.

More information about the process of selecting an interim supervisor is online here.

The special Board meeting on September 21 will be broadcast live on Loudoun County Government Channel 23, Open Band Channel 40, and Verizon FiOS Channel 40 and available through the Loudoun County webcast system at www.loudoun.gov/webcast.”

Today on WMAL radio Scott York said only one person has applied  for the interim position to replace Shawn Williams representing Broad Run district for the next 3 months.  I hope that one person is conservative Republican Steve Stockman and not Cliff Keirce who was the planning commissioner for far left Democrat Stevens Miller.  Why would the board want a former Democrat/Independent planning commissioner when they can have a former Republican Supervisor?  It makes no sense. But if Scott has chosen the former Democrat appointee Cliff Keirce, then it’s very likely that he shall be the interim Supervisor. York controls the board and they always do what he wants.  Why is York trying to help Democrats win the elections in November by showing his support for Keirce rather than support for a conservative Republican? Does that question even need to be answered, or is the answer obvious to everyone?

Information on Shawn Williams’ Replacement on the Loudoun Board of Supervisors was last modified: September 10th, 2015 by Jeanine Martin

Keirce would be a good choice. The Miller aspect is really not a issue.

If we’re going with ‘former’ office holders, wouldn’t it make more sense to appoint a former Supervisor to the job of Supervisor rather than a former Planning Commissioner?

Jeanine, he was MIA for 20 years, and got pulled out of retirement to run for a “sure thing” in one of the many county processes you’ve been wrong about.
His finest hour in that brief campaign, which was run by proxy by a handful of hotheaded loudmouths, was when he moved to nominate York by acclaim when he lost, proving himself more of a gentleman than some of his followers. Much like Eric Noble, who also proved himself more of a gentleman than any of his (the same folks, including yourself, who called him a sure thing, and were wrong. again.), when he refused to sign on with those who urged him to run indy or take a job with Allman.
Cliff actually knows a lot more about modern Ashburn/Broad Run/Dulles than you or any of your cohort ever will. He’s lived there longer than any of us (including me, who predates you and BPM by some years), but more important he has been ACTIVE throughout that time, in his HOA and in the county.
If Jonathan Erickson considers him a good choice (and he should be hardcore enough), then maybe it’s time for you to let it go.

Jeanine and BPM, you guys are hilarious–you are certainly entitled to your opinion, but neither one of you is qualified to say what is best for Broad Run.
Cliff was appointed by Miller to replace trainwreck Chaloux, in then-Dulles (before we got split in two pieces by a strip of Blue Ridge in that ridiculous redistricting). If Miller had even half the sense God gave a goat, he would have appointed Cliff in the first place–not because he’s a raving prog (he is not), but because he would have been best for the Dulles district from the get-go.
He served as president of his HOA, re-elected multiple times, and lest you guys forget, there are several HOAs in Loudoun that are larger than any incorporated town but Leesburg–he was re-elected more than once in one of them.
He was an excellent commissioner in Dulles, and post-redistricting, ran in Broad Run as an Independent (yes, Hatch Act) against McG and Williams.
If he’s applied, that’s a very good thing, IMO.

Here’s hoping Stockman got his paperwork in. If he didn’t, this is a chance to make sure he is in consideration.He is hands down the best choice for the District. And in fairness, Kierce is under the auspices of the Hatch Act, and cannot run under either Party. He is only allowed to run as an independent under his current employment.

Wouldn’t you rather have a known conservative than an ‘independent’ who may or may not be a conservative?

Oh wait. I forgot your heritage is part of the white folk who were the good slave owners. Amazing what a little picnic will erase.

And you’re still a friggin idiot. I have numerous childhood friends from where I grew up. In High School, I hung out with the black kids and partied with them more than others I graduated with. You don’t know me, and you don’t know shit about shinola. Black soldiers who were free men and chose to fight for the south. Four NORTHERN States that chose to overlook the Emancipation Proclamation. You parrot idiotic interjections from the talking points of the actual racists in the Party of the KKK….Thanks for injecting your special brand of stupidity to the conversation.

and yet you choose that image to be your symbol without expecting any comments? Really?

It’s called denial SD. It’s also believing what you want to believe without an attention to reality.

Anyone who says, “they were the GOOD slave owners” has no concept of racism. Even if one is defending the sins of ancestors.

Are you retarded? It’s a black American shaking hands with a White American. Jeez…mental deficit going on in your cranium inversion?

I should just stop expecting logic from the Bull Elephant…

It’s not about logic, it’s about what’s happening in Loudoun. It is what it is.

Well, you jumped from “only one person has applied” to “York is trying to help Democrats win the elections in November.” That’s a really big jump, especially if we don’t know who the “one person” is.

We know York wants Cliff Keirce. Keirce was the appointed to the planning commission of a far left Democrat. Does it still seem like a big leap?

But, it’s not about logic. (rotfl)

I am hoping I am wrong and York will support a Republican. The board couldn’t do better than former Supervisor Steve Stockman. It sure beats a former planning commissioner of undetermined party affiliation.