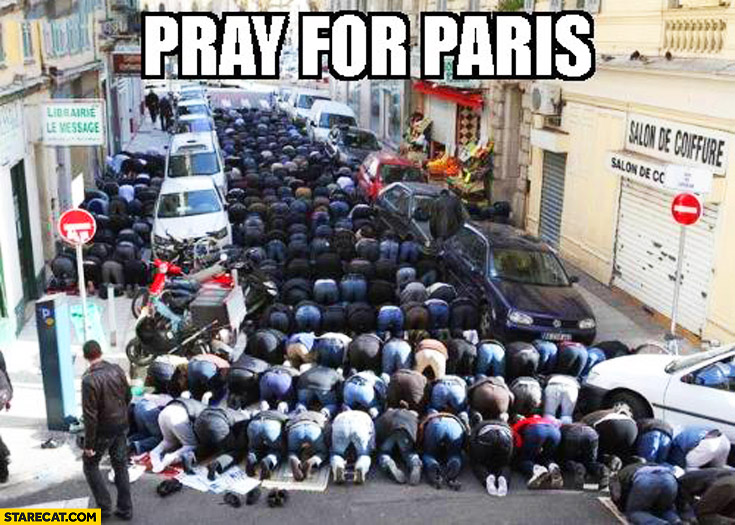 Inhumane: cruel and without compassion for misery and suffering. Humanitarian: compassionate and concerned with human welfare.  Is it possible to be both inhumane and humanitarian at the same time?

Sweden boasts that it is a humanitarian superpower.  However, in being humanitarian, the Swedish government has created a multicultural problem of immense and horrific proportions.  To encourage foreign refugees who utterly oppose Western values, Swedish leaders have chosen to suppress the facts that its citizenry is under attack on a daily basis.  Further, it punishes citizens who protest the refugee policies, and has allowed no-go zones to spring up where the police and other protective services dare not go.  Essentially, while being humanitarian to its refugees, it is inhumane to its citizenry.

Germany makes no realistic claim about being humanitarian.  After all that would be somewhat absurd considering its 20th century history of warfare and genocide. However, its refugee policies are based on atonement for past sins, and this includes committing sins against its citizenry.  Like Sweden, its citizenry, police and protective services are faced with (and largely defenseless against) this violent clash of cultures. Again, while being humanitarian to its refugees, Germany is inhumane to its citizenry.

France has imported a massive refugee population over the past 50 years and has by far the largest number of such people in country.  Because of the massive multicultural failures of France’s leadership, there are some 750 no-go zones scattered about the country.  Its capital, Paris, is continually faced with simmering street warfare and terrorism that has substantially undercut the tourist business and requires a well-armed semi-military police force to “keep the peace?”.  Paris, once referred to as the “City of Love”, is now a city under siege and a city to be avoided. Alarmed French citizens are increasingly opposing humanitarian arguments and appear to be on the verge of rejecting the anti-citizenry inhumane policies of its governing officials.

The socialist and globalist left likes to turn this argument around by claiming that the refugees have been treated inhumanely and it is the highest level of humanitarian thought and action to take care of them. However, if taking care of refugees means acting cruelly and inflicting misery and suffering on one’s citizenry, a people who have done nothing wrong, then this is at least as inhumane as the refugee situation.

The conflict of inhumane humanitarianism has been caused by a failure to appreciate the problems created by multiculturalism – and by an overly generous and supposedly compassionate welfare state that, while designed for citizens, attracts huge numbers of non-citizens from ideologically incompatible regions of the world.  The outcome of this socialistic “do good” folly is extremely destructive and irreversible without massive leadership changes.  At the very least, the humanitarian welfare pipeline has to be cut off because to do otherwise is ultimately inhumane to citizens and refugees alike.