Insurance Companies Beware: Obama Just Tagged You To Be His Scapegoat [UPDATED]

If I were an insurance executive right about now, I’d be pretty nervous. Why? Because, for all practical purposes, POTUS just announced that insurance companies are going to be the administration’s scapegoat on Obamacare. 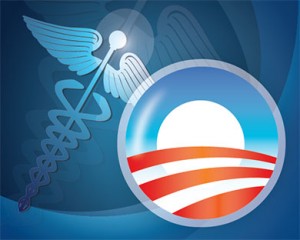 Of course, he didn’t use those words. What he said was that he is directing that insurance companies be allowed to continue to sell non-Obamacare compliant insurance plans for another year. This is essentially the delay in the individual mandate that Ted Cruz and other Congressional Republicans have been seeking. Setting aside for now the unconstitutionality of the President simply decreeing what the law requires, even a quick analysis reveals that this can-kicking exercise is no fix. Instead, it is nothing more than a ruse to shift blame on how badly the new healthcare regime works to someone other than the administration itself.

Precise details of how the emperor’s latest edict will work are not yet known, but one thing is certain: insurance companies will not be able to instantly offer the same insurance they previously offered while still under the requirement to continue to support transition to Obamacare-compliant plans. Insurance providers can’t simply snap their fingers and have these plans appear overnight. They take time to develop, and the insurance companies have been spending the last three years planning for a completely different world.

Moreover, they cannot accomplish this without loads more uncertainty, confusion, and even higher interim costs. Insurance companies pool risk and make investment and resource allocation decisions based on actuarial data and expectations of new business. With the ongoing requirement to accept new customers under Obamacare, and the uncertainty of how many of them there will be and how many people will look to extend/renew non-compliant plans, the insurance companies will not be able to cover their own financial risks without raising premiums even more. To put it succinctly, the insurance companies simply cannot offer all things to all people and get it done yesterday. THEY ARE BEING SET UP TO FAIL.

This is the point and purpose of what the President has done. He believes he’s bought himself some time with Healthcare.gov (which The Bull Elephant has previously analyzed as hopelessly flawed and doomed to failure unless it is started over from scratch). He’s also just gotten someone else to take the blame for individuals’ losing their plans or not having options other than to be forced into the Obamacare system. When insurance companies are unable to deliver, or refuse to reinstate or extend old plans for such a short period (or only do so with significantly greater premiums) Obama will stand aside pointing the finger of blame at the insurance companies. And when the new final deadline for Obamacare implementation approaches again, and insurance companies resume the migration to compliant policies? The President will no doubt continue to blame the insurance companies for everything that goes wrong. And the media, as we know, will let him get away with it.

“Changing the rules after health plans have already met the requirements of the (Obamacare) law could destabilize the market and result in higher premiums,” AHIP President Karen Ignagni said in a statement.

“Additional steps must be taken to stabilize the marketplace and mitigate the adverse impact on consumers,” she said.

Insurance Companies Beware: Obama Just Tagged You To Be His Scapegoat [UPDATED] was last modified: November 14th, 2013 by Chad Ochocinco

Insurance companies must negotiate rates they will pay with doctors and hospitals, which takes time. They have negotiated rates based on all the requirements of Obamacare and based on the numbers they project will buy the new insurance. The rates and therefore the premiums would be different if the numbers are now different and if pediatric dentistry, maternal care, etc. were not mandated. Some insurance companies are no longer operating in some states. Many doctors and facilities have declined to participate because of the rates Obamacare wanted. States have changed their laws to comply with Obamacare, and Insurance Commissions have a duty to comply with State law, based on Federal law. State Insurance Commissions must approve policies, and the cancelled policies would have to be submitted for approval. Plus the Insurance Companies will be required to explain to the consumer who wants their old policy how it varies from Obamacare, and the differences between the old policy and the ones mandated under the new law… or face charges of misleading a consumer… I would not want to be the person on the hook with explaining the 2000 pages of Obamacare to consumers…