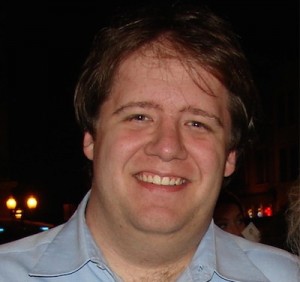 As we reported two weeks ago, the Washington Redskins hired Democrat blogger Ben Tribbett to help with the organization’s public and legislative relations campaign to defend its name against charges that it is racially insensitive and disparaging toward indigenous Americans.

Tribbett’s contributions to that effort included helping the formation of the “Redskins Pride Caucus” in the Virginia General Assembly, a bipartisan group which has now grown to include 30 or more legislators. Prior to his hiring by the Redskins organization Tribbett was best known as Democrat activist and proprietor of the liberal politics blog, Not Larry Sabato.

Tribbett came to prominence in that role for having made a story out of Sen. George Allen’s use of the word “macaca,” a previously unknown word that Tribbett and others successfully convinced the public was actually used as a racial slur by Allen. This is widely credited as one of the chief reasons for Allen’s failure to be re-elected in 2006.

Hence, the delicious joy when we learn that Tribbett no longer has his job with the Redskins organization because of a couple of Tweets from 2010 from which certain indigenous Americans inferred racial insensitivity.

Rather than weather the criticism for his own perceived insensitivity toward the very group who have chosen to be offended by the Redskins name—and hence distract from the reason he was hired by the Redskins in the first place—Tribbett tweeted his resignation this morning. That was the right thing to do.

But oh how sweet the irony of the individual who made a Senate campaign about a throw-away gibberish word he thought should be considered a racial slur now being brought low by his own weapon!

We wish the Redskins luck in finding a replacement.

I found it especially satisfying that Keith Olbermann was slamming him.

Liberals are good for something, if only to laugh at.

They didn’t even have to find out about the “beast” or NAMBLA things.

Typical behavior for a Democrat.

Karma! It ain’t just for breakfast any more.