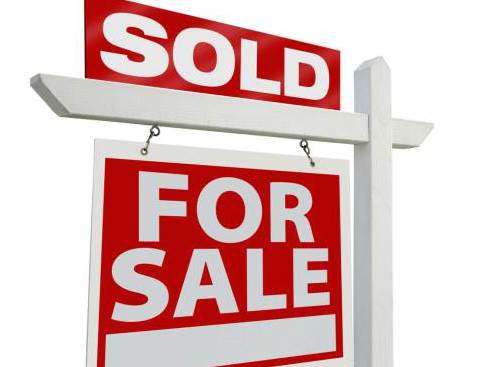 Is $30K The New Going Rate To Buy A Commonwealth’s Attorney?

Prince William Commonwealth’s Attorney Paul Ebert has raised just over $200,000 for his reelection so far. Most of his contributions have been well under $1,000 (although he has a few $2,000 donors). However, on Sept. 25 — just before the Sept. 30 fundraising deadline, Ebert received a single contribution in the amount of $30,000 from ONE company.

That company is Progeny Systems Corporation which is listed as “Tech solutions – contracting” on his campaign finance disclosure report (page 5 of 17). Bloombergdescribes Progeny as a company that “engages in the development of electronic systems for the United States Department of Defense, and other government and business organizations” and lists their Founder / President / CEO as Walter P. Kitonis. Progenycounts among its clients the Army, Navy, Air Force, NASA and DARPA which makes things curiouser by the moment.

Why would a company suddenly donate $30,000 to someone who is not in a position ostensibly to do anything for that company? (Unlike the instance where several Progeny employees made individual contributions totaling $30,000 to a Congressman from whom they were seeking earmarks – which actually is understandable and legal unless the company reimbursed those employees for their donations.) It might make one wonder if this donor, given such history, has something that he specifically wants from Ebert.

Indeed, a well-placed source has indicated that the Progency contribution is suspicious in its timing, its amount and who it went to.

According to the VPAP database, Progeny has not made any direct corporate donations to candidates since 2010. The most the company previously gave directly to any one candidate was a total of $25,000 to Jeannemarie Devolites Davis for her state senate races and that was over the course of two separate election cycles (not to mention while her husband Tom Davis was still serving in Congress.) Looking at what they’ve done in the past, who they’ve given to and their lack of recent contributions, this contribution to a Commonwealth’s Attorney raises plenty of red flags.

It has been more than eight years since Progeny donated to anyone running for county office in Prince William County. The last time they did was in Jan. ’07 when Mike May ran in the special election for Occoquan Dist. Supervisor.

Given the company’s background, it would not appear that this is a play for a potential IT contract with the Commonwealth’s Attorney office since that is not their typical client and such a contract would be small potatoes not worthy of a $30,000 contribution. If not that, then what could they possibly want from Ebert that would lead them to donate such a considerable sum? Is there something someone at that company wants quietly to disappear and Ebert may be in the position to make that happen?

An interesting side note – unlike most other candidates, Ebert does not e-file his campaign finance reports so the general public can view them online. That is odd given that the person filing the reports supplies an email address on them so she obviously has access to a computer. The reports are handwritten and may only be viewed by visiting the Manassas Office of Elections during regular business hours – almost as if he was trying to hide something from the public. Fortunately, someone made the time to go there and supply us with a scan of this report so we could post it online for the voters to see for themselves.

The Commonwealth’s Attorney must avoid even the appearance of impropriety if the public is to have faith in our justice system and sadly this particular donation does not pass the smell test on several levels. This looks really bad and will only leave the general public asking themselves, “Is this $30,000 part of some sort of good ol’ boy network hush money / bribery / extortion scheme?” even if there is a perfectly legitimate explanation.

Mr. Ebert needs to clear the air with the county’s voters on why Progeny gave him a $30,000 contribution, why he thought it was okay to accept it and why he takes advantage of a loophole to make his campaign finance reports difficult for the voters to review. If he doesn’t, this will remain a cloud over his head that voters will be hard pressed to ignore.

Is $30K The New Going Rate To Buy A Commonwealth’s Attorney? was last modified: October 21st, 2015 by TBE Staff