Is a Convention Necessary to Provide Options in the Republican Presidential Primary?

As pointed out by Ms. Martin, Chris Beer has posted an article on why a convention is necessary for the Republican presidential nomination in Virginia in 2016.  I disagree on all his major points: [read_more] 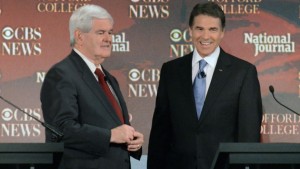 Read items one and three again.

I like Chris Beer.  He and I agree on most things.  Still, I have no idea why he is making excuses for potential 2016 nominees in advance.  Everything stems from the fallout of the 2012 Presidential primary on the Republican side where two viable candidates as of December 2011 were excluded from the ballot, former Gov. Rick Perry and former speaker Newt Gingrich.  Only two candidates made it on to the Virginia ballot former Gov. Mitt Romney and former Representative Ron Paul.  Virginia conservatives were livid and made every accusation under the sun against Virginia’s ballot access system, against RPV, and against the Romney supporters. As I pointed out back in December 2011 the ballot access system for major party presidential primaries is somewhat convoluted.  Nonetheless, the presidential campaigns had five months, starting July 1, 2011, to gather 10,000 valid signatures with at least 400 in each congressional district.   This amount was not too onerous as pointed out back in 2011 (by my friend Brian S. – no endorsement implied):

. . . plenty of other candidates with fewer resources have made it onto the Virginia presidential primary ballot since the rules were loosened in 1999.

Moreover, in the comments section of Mr. Beer’s post Greg Aldridge explained how his candidate, E.W. Jackson for Senate, obtained ballot access.  Additionally TBE’s own Jamie Radtke ably did so that same year.

No mercy should be spared these candidates who couldn’t meet the same standards as Lyndon Larouche.

But the law has changed, doesn’t it make it less fair? NO The law has changed in a major way since late 2011/early 2012. The signature requirement has been reduced to half of the previous amount by bipartisan legislation in 2013.  Candidates need merely obtain 5000 signatures and 200 from each Congressional District. Additionally the residency requirement for signature gatherers was thrown into serious doubt by two Supreme Court decisions in 2011 analyzing Colorado law.

In short, primary ballot access in Virginia was not that difficult in 2011/2012, it has been made easier, and holding a primary should not restrict viable options for Republican voters. Whether we should have a convention is an entirely different question.

Is a Convention Necessary to Provide Options in the Republican Presidential Primary? was last modified: March 12th, 2015 by Paul A. Prados

How is it any easier to have mass meetings and district conventions in the early parts of the year and for campaigns to organize for those than to get 5,000 signatures? We can’t pull off a convention in a time frame that makes Virginia a competitive state for the nomination process. I think having Virginian play a large factor in the nomination is something everyone can get behind.

One person’s “vetting” is the next person’s “process manipulation”. When it comes to Virginia’s Presidential primary ballot access, sinning on the side of some possible process disorganization is a lot less bothersome to me then sinning on the side of exclusionary rules. The all knowing wizard behind the curtain schtick defining how much variety is enough variety , how many signatures, in how many congressional districts is just the right mix reminds me too much of the Goldilocks and the three bears fable. No one is advocating chaos but the fewer the candidate ballot restrictions the better and the more open the voting venue the better representative governance is served.

I hear you, but we are talking about a system that had been in existence for 13 years without major hiccups.
The legal signature requirements were not process manipulation. The 15,000 threshold for guaranteed ballot placement imposed by RPV appears to have been process manipulation. This benefited Romney, but did not harm the other candidates. The 10,000/400 per district requirement was just the well known nature of Virginia ballot access law.

The Perry and Gingrich campaigns admitted to not submitting sufficient signatures. Multiple campaigns did not even try. That wasn’t process manipulation, that was campaign disorganization.

You equate lack of meeting threshold standards with “campaign disorganization” I would maintain a far more likely rational and that is “lack of cash” the two do not necessarily equate except in the minds of some establishment political professionals where cash stockpile is the equivalent of candidate credibility and of course the political consulting class. When ideas can’t reach the state voter because implicit cash investment hurdles are in place to inhibit the candidate with restricted direct access to corporate or professional PAC cash taps then the system is rigged. I’m not saying that there are not disorganized campaigns in the field but its a little to comfortable of a excuse to hang your argument on that alone it the issue from my perspective.