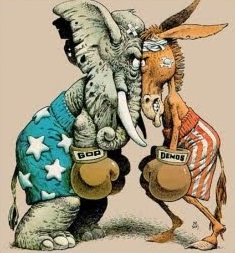 Is going squishy the way to win elections?

Apparently a lot of this year’s GOP candidates think so. That’s the gist of this report in the Washington Post entitled, “In heated midterm contests, GOP candidates explore a move to the middle.” An excerpt:

In a midterm election year in which the political climate and map of battleground states clearly favors Republicans, many GOP candidates are nevertheless embracing some Democratic priorities in an effort to win over skeptical voters.

Really? [read_more] This article from two weeks ago makes the same point.

To win elections candidates have to appeal to people beyond their base voters. Duh. However, it seems many strategists view this as a purely linear exercise, wherein candidates from the left and the right have to move to the middle to reach those folks whom they judge to occupy the space “between” the parties. Unfortunately, this type of conventional wisdom assumes people in the mushy middle apply a much greater level of intellectual rigor to their political preferences than they actually do; it assumes the people in “the middle” tend to make rational, policy-based choices in line with a coherent world view and consistent set of political values.

To be sure, many self-identified moderates and independents have well-considered policy objections to both parties. Among these people we find, for example, those whose “fiscal conservatism” and “social liberalism” lead them to cast votes “for the candidate, not the party.” There are many people like this, but not half as many who mask their own political incoherence by pretending to be.

Instead, most people who remain genuinely persuadable in a contest between a conventional conservative and a conventional liberal really aren’t making an intellectual choice at all. Rather, they are looking for a candidate they like and can connect with on a personal level. These voters look for someone they can trust, and whose leadership inspires. They look for a candidate that makes them want to invest themselves in the candidate’s success as an expression of the voter’s own identity. This is not to say that these voters necessarily tend to make irrational decisions, only that the decisions they make tend to be based more on what kind of person they themselves want to be perceived to be. This is especially true for younger voters and others who may not have yet given politics any serious thought. This is, in a nutshell, the theory of expressive choice (first elucidated by Alexander Schuessler, who BTW will speaking in Charlottesville on November 7).

Two recent examples of this come to mind. First (and most obvious) is Barack Obama’s 2008 campaign, where the candidate was essentially an empty vessel into which a willing “middle” poured their own hopes and dreams. He won not because of his scant policy prescriptions, but because at the time he embodied the potential for something Americans desperately wanted to be: post-racial. 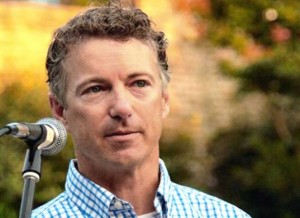 The second example is Rand Paul. The Kentucky Senator’s quick rise to prominence stems from the fact that he offers people a way to identify as Republican without identifying with the parts of the Republican message that are portrayed as out of sync with the dominant popular culture. This is not to suggest that his supporters don’t back him for intellectually sound reasons, because the libertarian philosophy has been crucial to his success. Rather, it is because those positions are part and parcel of a distinctly different Republican identity: one that still embraces life, liberty, and the free market, but eschews the stigma that has in some quarters been attached to conservatives on other issues. To paraphrase the annoying Clinton-era phrase, it’s the identity, stupid!