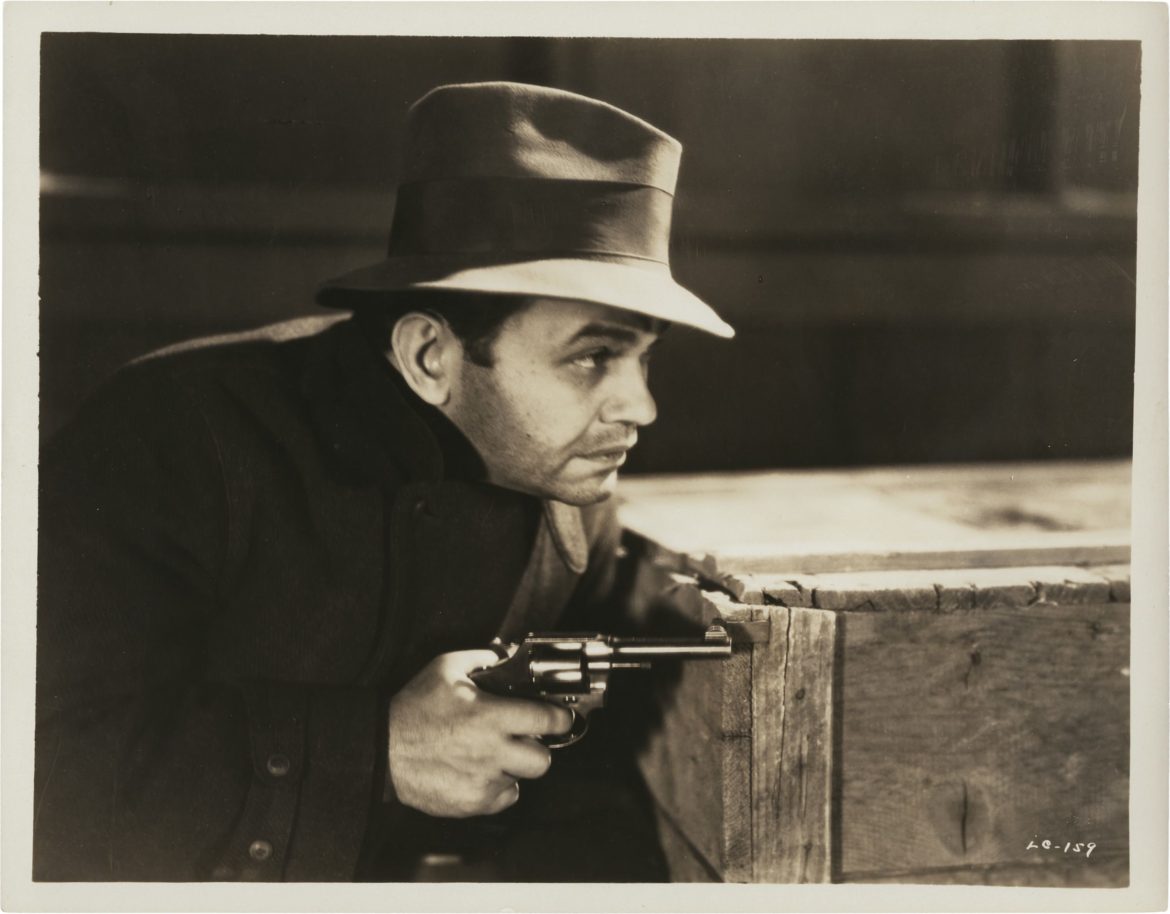 Come and get me, copper!

Is It Really all about Guns?

The conventional wisdom on the Las Vegas massacre, as well as other horrible mass-shootings, maintains that the “real” problem is just too many guns. “When are your legislators going to realize that gun control saves lives?” asked David Hourigan of Melbourne, Australia, in a letter to the Washington Post, a decade ago.

At this stage in the Las Vegas investigation we still know very little about Steven Paddock, who killed 60 concert-goers and wounded or caused injuries to over 500 others with a hail of automatic rifle-fire from a 32nd floor window of the Mandalay Bay Resort and Casino, on the evening of October 1st. The 64-year-old retired accountant had no known history of violence or threatening behavior. Claims by the terror group ISIS that Paddock’s conversion to Islam motivated his attack remain unconfirmed. There is speculation that Paddock might have been “psychotic” or mentally disturbed, but so far no evidence supports that idea.

Police reports indicate that Paddock had brought 23 weapons – primarily rifles – and thousands of rounds of ammunition into his hotel room over a period of three days, prior to his attack. Did no hotel staff notice this? How about the maids who make up the beds and bring new towels each day? No doubt they are trained to mind their own business, but really – the guy was armed to the teeth. His room must have looked like the DC Armory, circa 1865. Is this “normal” in Nevada?

In some mass-murder cases we do have some knowledge of a killer’s motives. In 2006 a 32-year-old truck-driver – Charles Carl Roberts, IV – murdered five Amish girls in their school, near Paradise, Pennsylvania. Roberts burst into the school armed with a shotgun, a semi-automatic pistol, a rifle, and 600 rounds of ammunition. Police later said he appeared equipped for a long siege. He released fifteen schoolboys, a pregnant woman, and three adult women with young children, but kept eleven girls captive. As police stormed the school, Roberts shot five of the girls fatally before killing himself. Police believe he intended to molest and kill all of them. In notes left at his home, Roberts said an incident that occurred 20 years earlier had motivated the crime.

Our gun-control “expert” from Australia is not alone in believing that these horrible crimes, and many others, could have been prevented by stricter gun-control laws. After the Amish shootings, one hundred big-city mayors, including New York’s Michael Bloomberg and Boston’s Thomas Menino, formed a coalition to get illegal guns off the streets of their cities, where violent crime is on the rise. The mayors want to increase gun control, and impose stiffer penalties on illegal weapons traffickers.

Students of gun-control’s effect on violent crime differ with the mayors’ premise, however. In his article “Does gun control equal crime control?” Dr. Jeremy D. Blanks – a Senior Research Scientist with a leading R&D firm – wrote:

“A review of the areas in the U.S. with the most restrictive firearm laws, including…Washington, DC, Chicago, New York, and California, shows that these areas have some of the highest… violent crime rates in the U.S. The crime rates in all of these areas exceed the national average, and they all have enacted in-depth restrictions on firearm ownership that include licensing and registration schemes, various taxes, testing, and even bans on firearms.”

(Note: Washington DC’s crime rate has fallen since the U. S. Supreme Court struck down its laws outlawing all handgun-ownership in 2014.)

Some news items have sensationally disclosed that Nevada gun-shops sold Paddock the weapons he used. But no laws were broken by those sales. Paddock had no criminal record, and he bought only long guns, which are not subject to gun-control restrictions.

Experts similarly acknowledge that laws then in force could not have prevented the crime Roberts’ twisted mind had planned. Second Amendment opponents claimed that Pennsylvania’s status as a “shall-issue” state – where any law-abiding citizen without a prior felony conviction can obtain a concealed weapon permit – enabled the crime. But there is no evidence that Roberts had a permit for his pistol. (How he obtained it remains unknown.) As in Paddock’s case, Roberts’ other weapons required no permits, as they were not handguns. Had guns and knives been unobtainable, he could have used a pitchfork to kill his victims just as effectively.

“Evil” was also missing from reports I saw (or heard) on Roberts’ pitiless slaughter of those Amish girls. In fact, he was a depraved man who for twenty years nursed a crack-brained grudge and plotted how he would despoil and kill young girls. This was not about law or guns, but about evil in a man’s heart.

In a review of Christina Hoff Sommers’ book, The War Against Boys, How Misguided Feminism is Harming Our Young Men, Dr. Kelley Ross wrote:

“Where children are not raised in a morally appropriate fashion, they will behave impolitely, imprudently, or illegally – [or] all three… The criminality of the young, especially the sociopathic and even psychopathic behavior evident in recent school shootings and massacres, let alone the criminal slaughter found in inner cities …is a matter of frequent sensational headlines. That the public debate over such incidents is typically diverted into controversy over firearms is one of the most disturbing and damaging misdirections in all of recent politics.” (Emphasis mine.)

When I was growing up, in the 1940 and ‘50s, we had some child-molesters and killers, but we dealt with them decisively when we caught them. Depraved animals like Roberts – who kidnapped and/or killed children – got the Chair or the Gas Chamber; or rotted in mental hospitals for the rest of their sick lives. Would Pennsylvania have sentenced Roberts to die? Maybe. But probably not. (At the time, Pennsylvania had executed only two men since 1977.) Luckily, he executed himself, thus saving citizens the expense of his meals, accommodations, medical care and cable TV for decades, until some liberal judge gave him a new trial because a police officer had called him a mean name or slapped him around. (As Jakob Smirnoff famously said: “What a country!!”)

Contemporary society nurses a delusion that every criminal can be “reformed” – that no one is beyond reclaim. That’s true in the spiritual realm, of course, but in society’s flesh-and-blood reality it’s far from certain. Today we can’t recognize “evil” because we don’t believe in it any more. This extends even to religious people, of which large numbers no longer believe in Hell. Where do we think people like Hitler and Himmler ended up? (Maybe in that Great Mental Hospital in the Sky?)

The delusion goes beyond defining evil down. Now we can’t even recognize danger when we see it. Disturbed homeless people live among us instead of in institutions where they would pose no threat to society and could be properly cared for. Once we kept them there, but compassionistas like Rosalyn Carter helped get thousands of them released to wander around, sleep in our parks, defecate in parking garages, and hassle passers-by for money. Normal people who want their cities back are called “insensitive” or “racists.”

This vagrant-army has been reinforced by hordes of illegal aliens pouring across our borders. We know little about their criminal records or moralities. When one commits a violent crime, we’re shocked – shocked! – that such a person obtained a weapon. We demand more laws. We want someone held accountable. But we are the responsible party. Our indifference to danger and evil is befouling our culture and costing our children their lives and futures.

Adding to our problems with evil and crime, we now have minority “activists” accusing police who try to keep black communities safe of being racially-motivated assassins. This vile slander – soundly disproved by four recent studies – has actually pushed the crime-rate higher in black neighborhoods. A recent FBI report notes that “cops are backing off proactive policies in high-crime minority neighborhoods, and criminals are becoming emboldened.” Millionaire football players “taking a knee” to protest “police racism” are contributing to this wretched result. Black families and communities that survived two centuries of slavery and another century of Jim Crow are coming apart at the seams. The country is more racially divided than it has been for 50 years.

Hopefully we’ll regain moral equilibrium and put things right before our society descends into complete chaos. Guns have often been tools of the wicked, but this isn’t about guns. It’s about recognizing danger, understanding (and believing in) evil, punishing wicked people, and working together to restore righteousness to our government and our culture. We need to get serious about this. It’s our responsibility, and we have been AWOL for far too long.

“The heart is deceitful above all things, and desperately wicked: who can know it?” (Jeremiah 17:9)

Is It Really all about Guns? was last modified: October 5th, 2017 by Woody Zimmerman
14 comments