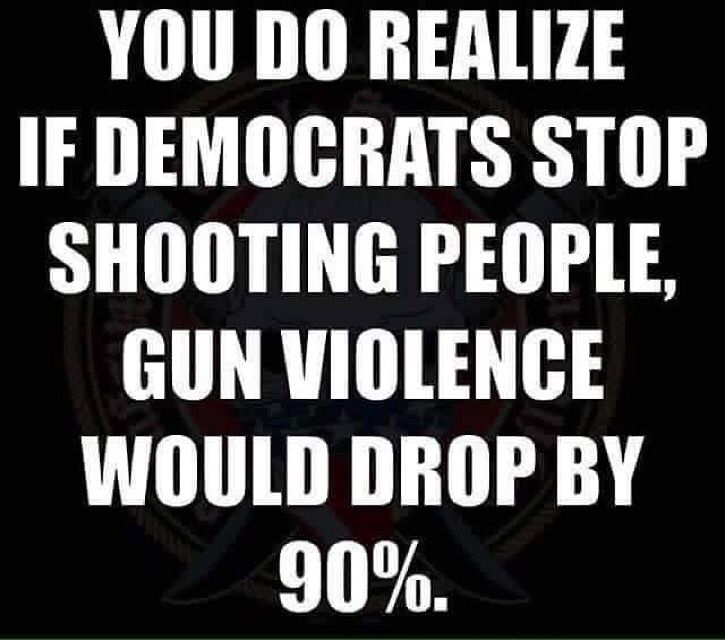 Is it time to ban Democrats from owning guns?

I make my case:

Add to this all the deaths that occur daily in our Democrat cities across the country.  Democrats should not be allowed to carry guns, they are far too violent.

Is it time to ban Democrats from owning guns? was last modified: June 15th, 2017 by Jeanine Martin

Not only was this piece the worst sort of writing one can encounter — blithely suggesting a facially absurd 2nd Amendment restriction — Jeanine followed it with a piece that under-counted Republican primary votes by 16 percent.

Someone take away the keyboard. The election night hangover was apparently overwhelming.

I think more of Jeanine than this, but if this is what TBE offers — rank 2nd Amendment humor and bungled Republican numbers — we need alternative discussion sources just like we need an alternative to Virginia Democrats. But for Steven Brodie Tucker I am outta here (which I know some will cheer) because I am looking for intelligent discourse, not excuses for Confederate flag waving.

Delighted to move along, as have so very many Virginia conservatives. SBT, do you post anywhere else?

I would think the democrats would voluntarily give them up. They have worked diligently to undermine every element of the Bill of Rights so they go first?

The 2007 Tech shooting .
That fool should have NEVER had the Constitutional right to purchase firearms.
The Constitution should not be a blanket of security for foreigners, do they really understand the right to bear arms? , responsibily?

Vote for Ralph Northam, after reading this article, you’ll be glad you did!

Sorry Jim,
I don’t feel threatened that Northam will take my guns with a Republican GA.
YET with this Republican GA that lacks a Va. First consideration. With Ed they will take your job suck the equity out of it then give it to a DACA MAN NOT CHILD, then force us taxpayers to subsidize the wages , cram it down our throat and say that it is an “act of love”.
Oh the love of greed.

You are a fool to write such a thing, you know it and are simply pandering to draw a crowd like some desperate late night talk show host. Shame on you. You are better than this.

You need to add in the Islamic terrorist attacks. Definitely politically left and most Vote democrat.

nice – without facts or logic, you are free to post anything?

I suggest you google how Muslims vote in America. In Bush’s first election in 2000, they voted 70% for him. They rapidly shifted allegiances and 80% or more went for obama. Today’s Muslim is a democrat.

All of them? Or only the ones you hate?