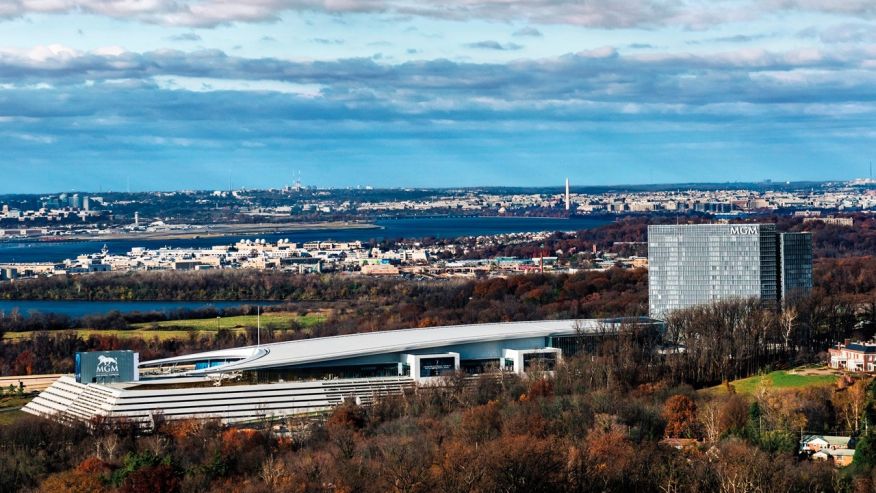 Is it Time to Legalize Gambling in the Commonwealth?

I would greatly appreciate your comments on this issue – I have not seen much discussion on social media.

On December 10th, the Richmond Times Dispatch published an article by Tammie Smith, regarding nearly 700 million dollars in potential lost tax revenue to Maryland casinos. Smith points out that Virginia legislators “have repeatedly killed attempts to legalize casino gambling”, but while the Commonwealth has remained virtuously pure, Maryland is (or will be) raking in billions of dollars from the casino industry.

The two primary objections I’ve heard to legalized gambling is that of increases in addiction and crime. However, it seems somewhat hypocritical to me for the Commonwealth to stick up its nose at gambling, over addiction concerns, while the Virginia ABC Board peddles alcohol to alcoholics. Increases in crime has more to do with increases in population density around the casinos themselves. If I built a world-class casino in Rockville, Va outside of Richmond, the number of people would increase and so would the crime. However, businesses, jobs, tax-revenue, and property values would all increase as well.

Since Prohibition, gambling has been associated with criminal elements and Las Vegas, Nevada has its share of larger than life crime stories. We were all witness to Trump’s casino bankruptcies in Atlantic City, which is obviously something Virginia would want to avoid. There are reasons to feel trepidation over legalized gambling.

Still, if gambling is so terrible and casinos such a problem, why doesn’t Maryland seem to mind?

Far from the Las Vegas Strip, MGM Resorts International opens its $1.4 billion MGM National Harbor casino and resort just outside the nation’s capital this week, advertising a gambling floor “bigger than the White House” and an art collection that includes a large welded collage by Bob Dylan.

The location in Oxon Hill, Maryland, just across the Potomac River from Virginia and next to Washington is also central to its appeal. A plaza with a reflecting pool offers sweeping views of the water and the capital city’s monuments across the way. FoxNews

Maryland doesn’t mind because Maryland’s government is going to collect a windfall in tax-revenue, money they could invest in new schools, new roads, or – it’s a long shot – for police and emergency personnel. Heck, Maryland could even pay down some of its debt! (I’m just kidding, it’s Maryland).

When the United States banned killing horses for horse meat, the industry moved across the border into Mexico, where the most horrific and inhumane practices for slaughtering horses horrified the American public. After a great deal of pressure was placed on Mexico by the US government, Mexican slaughterhouses began to clean up their act (to a point).

I bring this up, because we never think about the unintended consequences of banning things. A massive casino just went up in Maryland and thousands of Virginians will travel there to gamble over the coming decades. Does Virginia want to trust Maryland to regulate and spend those gambling dollars wisely? Or would Virginia prefer to regulate and profit themselves? Is Oxen Hill really the best place for a Casino, or would it have been better served north-east of Sterling?

An argument could be made that Virginia has higher moral standards than Maryland, but tell that to the thousands of Virginians spending their money and paying taxes in Maryland casinos.

The best argument against legalizing gambling in the Commonwealth is that discretionary spending isn’t rising rapidly. If we open up Casino’s in the Commonwealth, won’t the money spent at the casino simply be diverted from money spent at movie theaters, billiards clubs, nightclubs, bars, or dates to Olive Garden with attractive people you picked up on Tinder? Instead of spreading that money around, won’t it all just kind of move to one place?

When it comes to Casino’s, however, it is important to remember that these aren’t the sorts of businesses you build next to shopping malls or develop in rural areas with interstate access. Casino’s are tourist attractions. Building a casino outside of Washington D.C. is possibly the most intelligent thing that’s happened east of the Potomac since the Ravens were brought back to Baltimore.

Washington D.C. already draws tourists from all over the world. The MGM resort in Oxon Hill, Maryland isn’t there to service the gambling needs of people who live in Maryland. It’s there to tap into a national, if not global, market.

That said, if we did legalize casino gambling in the Commonwealth, towns like Colonial Beach, Virginia would pull in millions of dollars in new tourism. I can imagine playing poker for real money at Riverboat on the Potomac! Imagine a new mini-casino/resort in Virginia Beach down by the pier. Imagine a Casino/Resort built just outside of Martinsville, Virginia by the racetrack. (I apologize, I meant “speedway”). There are real revenue generating possibilities. Do we want to take advantage of them, or send all those dollars to the People’s State of Maryland?

I don’t have the answer. What do you think?

Is it Time to Legalize Gambling in the Commonwealth? was last modified: December 14th, 2016 by Steven Brodie Tucker
GamblingMarylandMGM CasinoVirginiaWashington D.C.
29 comments