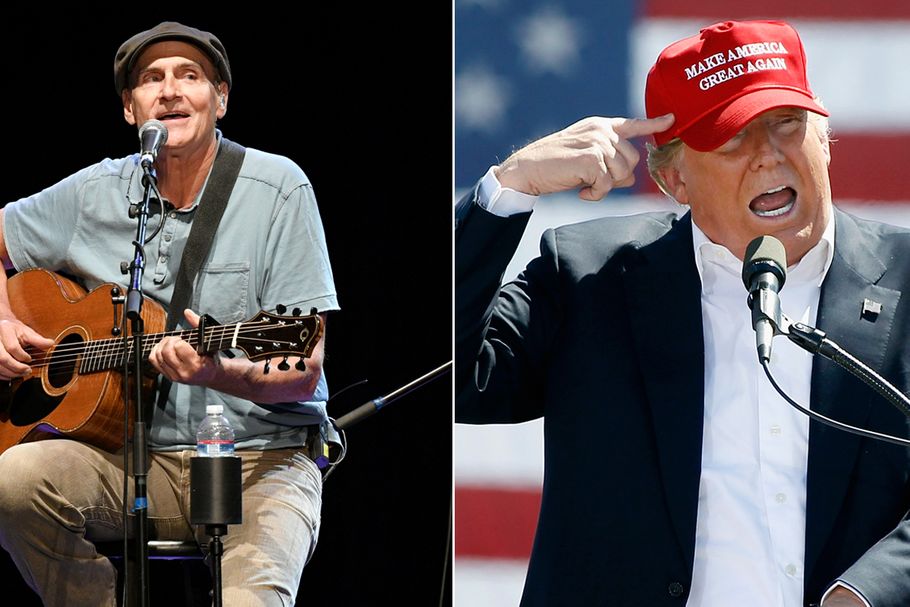 Is James Taylor a Member of the Alt Right?

Something struck me as hideously frightening at The James Taylor / Eagles Concert I attended this past Thursday night at Nationals Stadium in downtown DC.  And it was not the unseemly sea of cellulite I witnessed among the thousands of aging Baby Boomers clad in tight shorts that should have been discarded years and pounds ago.  What I saw was more troublesome and frightening than even that.

There in the very heart of our nation’s capital, was an arena filled only with white people!  And when I say only white people, I mean ONLY white people.  In a majority-minority city, I had to endure an appalling lack of diversity. There may have been 25,000 people in attendance at Nationals Park, and other than stadium employees, I only saw one black and one Asian couple.  Not even a single Somali, Indian, or El Salvadoran.  In fact, upon entering the stadium, I thought I was attending a Tea Party rally.  But then again, as a former local Tea Party leader, I saw more diversity among that crowd than I did Thursday night.

I was perplexed and sought to know why.  After all, James Taylor is a lifetime Democrat who actively campaigns for liberal and progressive causes and candidates.   During the 2016 campaign, he called Donald Trump a Mussolini figure. https://www.rollingstone.com/politics/politics-news/james-taylor-on-donald-trump-this-guy-isnt-hitler-hes-mussolini-122524/

And yet, I bet even Mussolini could draw more people of color than James Taylor can.  So, I thought long and hard as to why this Don of Diversity, this Paragon of PC, could not even attract a handful of minorities to his concert held in a city where blacks still outnumber whites.  Evidently, Mr. Taylor is guilty of something that is keeping away black and brown people.  So, I listened closely to his entire repertoire, attempting to detect any whisker or whisper of white nationalism.

Hmm.  “Sweet Baby James,” is a song about a cowboy – a white cowboy no less.  That might have been the dog whistle to those packs of people of pallor.  I was not sure.  Then it struck me when Mr. Taylor performed “Mexico” and his white band members donned sombreros in an egregious example of white privilege and cultural misappropriation of the Mexican people.  No wonder there was not a single Latino at this concert!!

The tickets were also very expensive, ranging from $70 to well over $300.  Maybe these liberal musicians, who undoubtedly preach the joys of diversity and who rail against the rich, should perform for considerably less money.  Mr. Taylor is a talented musician, but if his audience is less diverse than Rush Limbaugh’s, then there is something seriously wrong, and the government should take steps to abolish this disparate impact of Mr. Taylor’s music and the prices he charges to perform.

After all, if the Tea Party movement came under assault and was discredited by the Left due to its lack of diversity, then so should James Taylor.  And after the Left puts James Taylor under the microscope. I suggest our progressive friends launch investigations into yoga schools and health food stores, because those establishments are also guilty of engineering disparate impact.