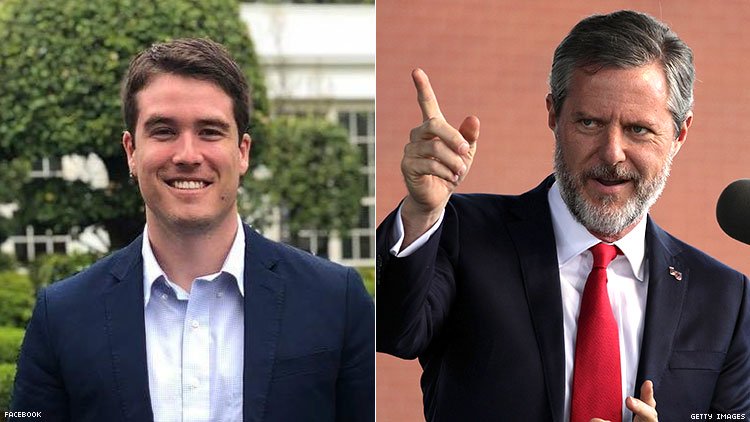 Update: Today Jerry Falwell Jr. resigned as President of Liberty University. For the most part, Falwell placed the blame on his wife. Class Act. More here and here.

Liberty University is reporting that Jerry Falwell Jr. is resigning his position as President of the school started by his father. However, Fallwell has denied he is resigning, calling the reports “completely false”.

Meanwhile, a business associate of Falwell’s, Giancarlo Granda, claims he began an affair with Falwell’s wife Becki in 2012 when he was a pool boy at the Fontainebleau Miami Beach hotel. The affair continued into 2018. Jerry Falwell participated in the affair by often watching his wife and Granda have sex. More on the accusations by Granda here and here.

Jerry Falwell has been on leave from Liberty University since earlier this month. The university hopes to announce Falwell’s resignation on Tuesday but as of Monday negotiations were continuing.