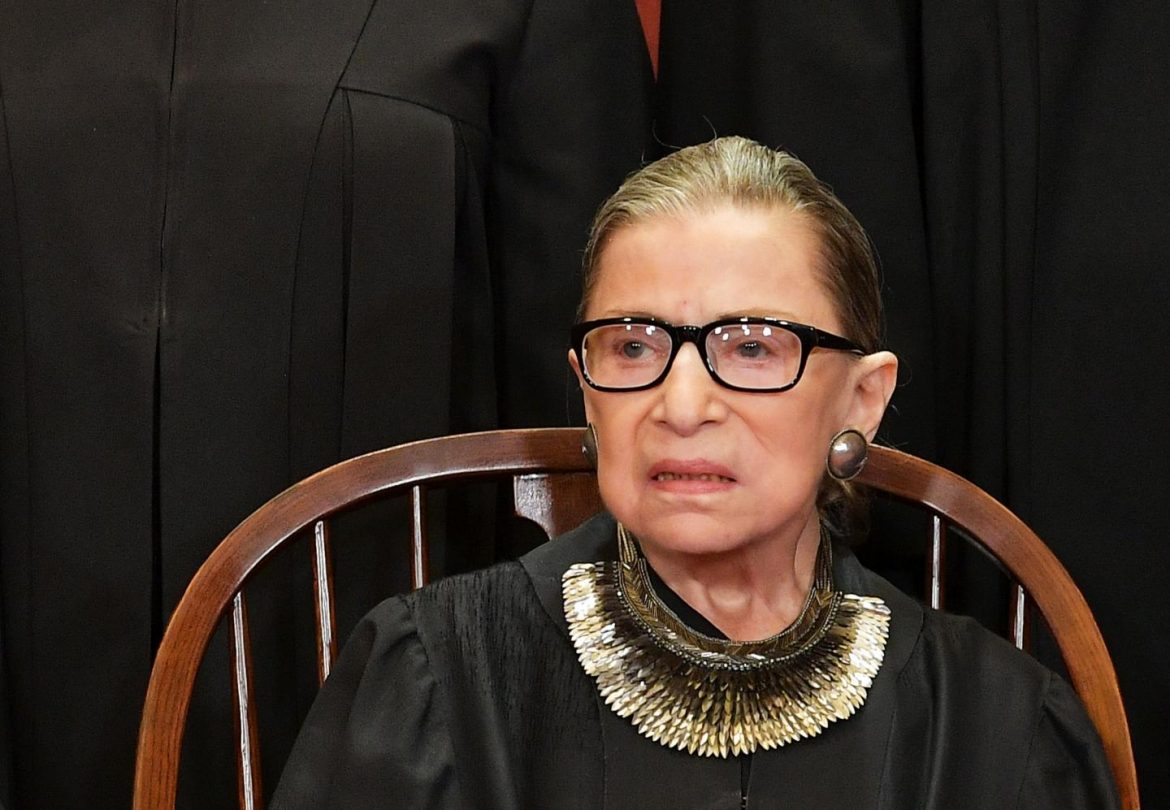 UPDATE: Other sources saying GinsbergÂ will step down and the White House is preparing for that. 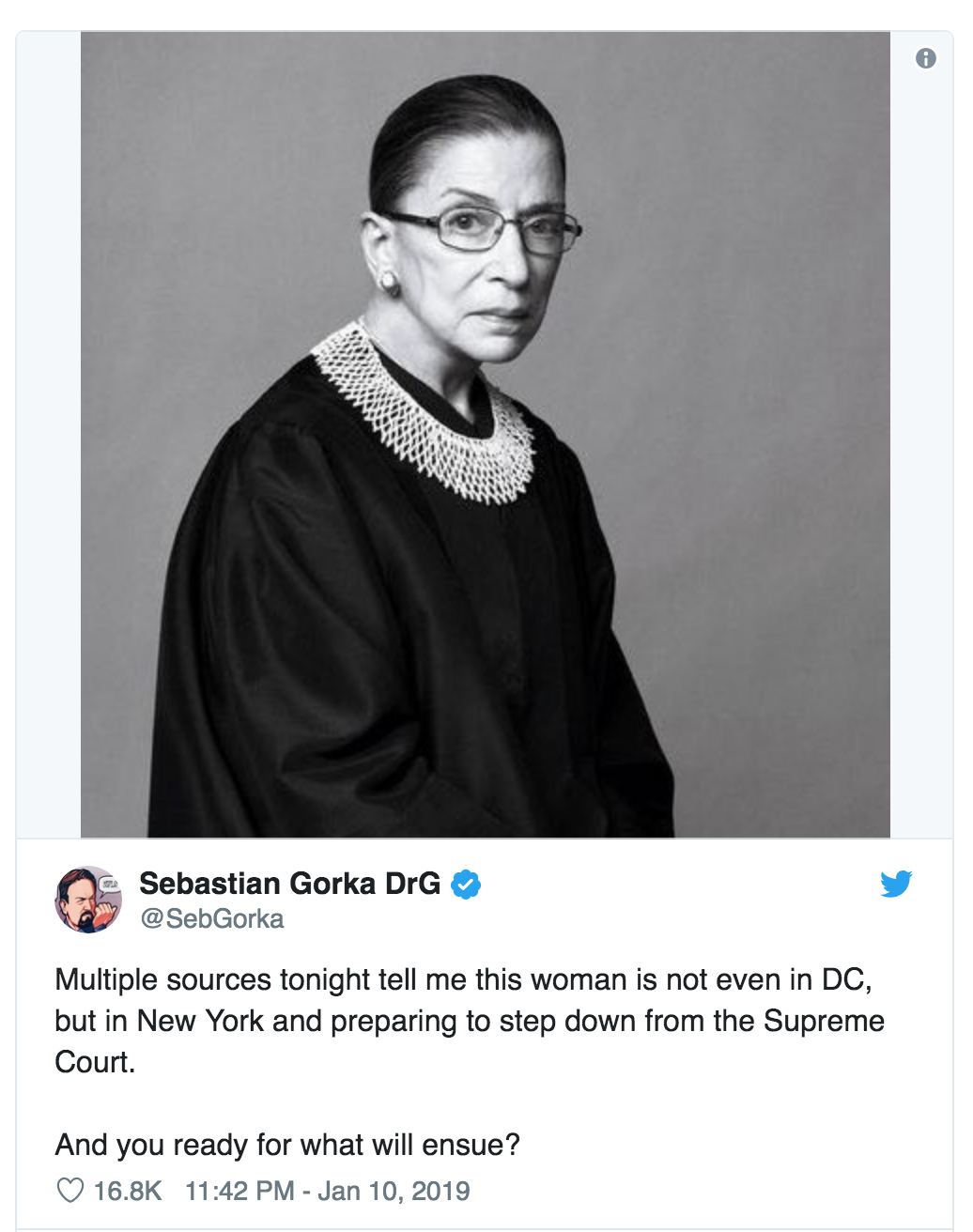 On Thursday Justice Ginsberg missed her third day of oral arguments before the Supreme Court.Â  The 85 year old justice has not missed oral arguments for even one day during her 25 years on the bench.Â  On December 21st her third cancer was discovered in her lung and nodules were removed.

The Justice has often said she will continue on the high court â€œAs long as I can do the job full steam, I will be here”.Â  Perhaps her poor health has led her to theÂ decision that she can no longer do the job.

More on Ginsberg’s health, and a recent spotting of the Justice, here.Â