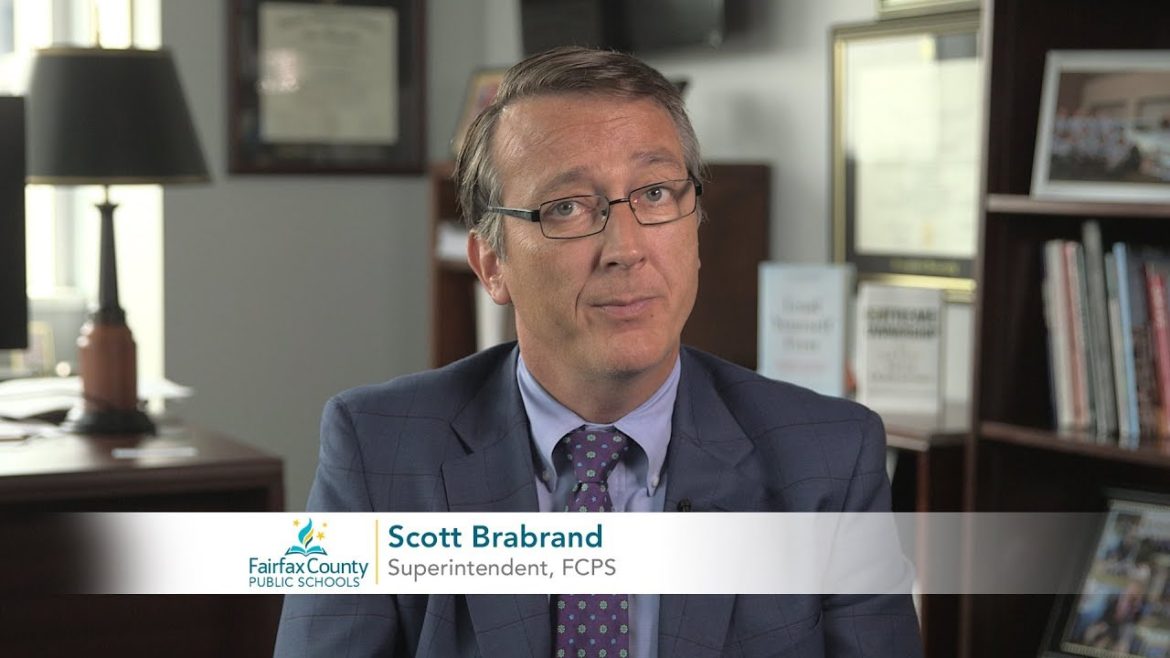 A day after Governor-elect Glenn Youngkin announced the appointment of two vocal opponents of Critical Race Theory-inspired policies in public schools, the Virginia Association of School Superintendents (VASS) has announced a new executive directorâ€¦ who is a vocal advocate of CRT initiatives.

Dr. Scott S. Braband, superintendent of Fairfax County Public Schools, has taken on the top administrative position at the organization, which represents the interests of the stateâ€™s 133 school superintendents. In the past, judging from its website posts, VASS has focused mainly on practical issues such as getting more state funding for schools and solving the teacher shortage. Does Brabandâ€™s appointment indicate a shift in emphasis?

Braband was a polarizing figure in Fairfax County, leading the push for â€œdiversity, equity & inclusionâ€ and â€œanti-racism.â€ Most controversially, he changed the admissions criteria for the Thomas Jefferson High School for Science and Technology to admit more Blacks and Hispanics at the expense of Asians.

The question arises: what does this appointment mean? Is VASS signaling that it will transition from nuts-and-bolts operational and fiscal concerns to ideological priorities? Is VASS positioning itself to oppose Youngkinâ€™s vow to rid schools of CRT? Alternatively, did Braband just see the writing on the wall and figure he didnâ€™t have much of a future as a school superintendent in the new order?

The VASS press release provides only a few clues. It cites Brabandâ€™s success in returning Fairfax Schools to in-person instruction during the COVID pandemic, increasing the graduation rate, and â€œleading systemic changes in the school division in order for the divisionâ€™s most challenged students to succeed.â€

â€œSystemic changesâ€ could be code words for DEI and anti-racism. If Virginiaâ€™s superintendents are embracing Brabandâ€™s ideological agenda, his appointment could be a sign that Virginiaâ€™s educational establishment is bracing for conflict with the Youngkin administration.

While alert to that possibility, I think it is premature to draw firm conclusions. The VASS press release is mostly boilerplate. It contains no calls to ideological action.

â€œScott brings many great leadership talents to VASS and a strong vision for the future in which he will grow and strengthen the organization so that it better serves its members and improves public education overall in Virginia,â€ said Dr. Zebedee Talley, Jr., the current VASS President and superintendent of Martinsville City Schools.

â€œThe Virginia superintendents have done an outstanding job under unprecedented conditions to serve the students, parents, staff and communities of this Commonwealth,â€ Braband said. â€œThey will continue to focus on the success of every child and ensure that Virginia remains the leader in public education in this country.â€

Baconâ€™s bottom line: With his picks for secretary of education and superintendent of public instruction, Youngkin has made it clear that he intends to follow through on his campaign promise to root out left-wing indoctrination in Virginiaâ€™s schools. It goes without saying that he will face resistance from the teachers’ unions and school boards of Virginia localities with deep blue electorates. Will Virginiaâ€™s career administrators resist, too? Pay attention to Brabandâ€™s rhetoric in his new role. That will tell us a lot.

During his inaugural speech, Democrats refused to applaud Youngkinâ€™s comments on parental rights in education thus affirming that Democrats arenâ€™t parents or dont view themselves as having any parental responsibilities. Very communistic – the children belong to the State.

Ask Braband if he or any member of his administration ever compared inflammatory opponents of critical race theory, aka parents opposed to CRT, to inhumane ‘Republican’ Jim Crow policies of the past.

We have the battle for our children’s hearts and minds right in front of us. These Democrat devils have been feeding on children’s souls for decades. They aren’t going to just roll over after one election. They will fight at the local level, and we need to fight back at the local level. This isn’t Glen Youngkin’s battle. This is every Virginia parent’s battle to take right into their child’s classroom.

With Democratic Socialists out of power in VA they will return to escalating ‘their’ normal threats of violence to intimidate. Unions see parents who oppose CRT as disrupters to ‘their’ power and they will identify their opposition for Democrats as enemies. Prepare for some hard core racist kook fringe Democratic Socialist activism. https://twitter.com/Carlos__Turcios/status/1459268942653005827?s=20

Exactly correct. After all, these are Democrats. They think they OWN people. Our children are the 21st century incarnation of the Democrats’ sadistic heritage. In the 19th century it was the brutality of slavery; in the 20th century it was the lives of the unborn; and, in the 21st century it is soul of every child in America. We need to be prepared for a battle on every front because these wailing banshees will be streaking across the Commonwealth.

wtf are you talking ?
christ