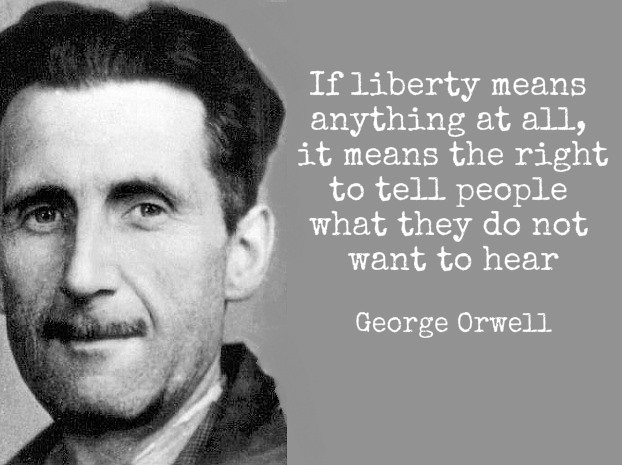 In 2018, politics rule everything. Entertainment, sports, education and even our jobs. Those defining politics are primarily based on lies and bald-faced hypocrisy.

We conservatives believe in diversity, and we want women, blacks, whites, Latinos, and Asians at the table. Republicans have always supported women and minorities, see my column HERE. My point is that we have a long history to back our claims of diversity.

Liberals on the other hand will tell you they believe in diversity, and they want liberal women, liberal blacks, liberal Latinos, gays and liberal Muslims at the table. Conservatives need not apply.

Liberal Democrats control a vast majority of college campi and have turned them into bastions of liberal values, but the most important type of diversity that universities do not tolerate is conservative or Christian ideologies. They are fine with people who don’t look alike, as long as they all think alike.

To me, this conversation highlights what can only be characterized as liberal arrogance — the implication that conservatives don’t have anything ideologically significant to bring to the table.

George Yancey, the black sociologist conducted a survey where 30 percent of academic respondents indicated they would be less likely to consider a job applicant positively if the applicant were identified as a conservative.

The piece de resistance in Yancey’s study was that 59 percent of anthropologists and 53 percent of English professors might not hire someone identified as a Christian, regardless of credentials.

I think it’s disgusting to see that educated liberals have embraced fascism to such an extent that they can’t tolerate a single contrary idea on their college campus.

When you send your children to a university, you may be endangering both mind and spirit. It is more likely than not that they will be more intolerant and more foolish after college than they were in high school.

Look at liberal arrogance in the sports an entertainment world. Name more that than 3 known conservatives at ESPN. You wouldn’t think that would matter in covering sports and the trend would follow the same as the rest of society. You would be wrong.

In a 2016 statement ESPN said “that the company’s perceived move leftward has had a stifling effect on discourse inside the company and has affected its public-facing product.” You don’t say?

ESPN fired baseball great Curt Schilling for expressing anti-radical Islam sentiments then threatened to fire Chris Broussard for taking a faith-based view of homosexuality. In the mean-time they did nothing about Kevin Blackistone for calling our national anthem a “war anthem”. Nothing to see here folks, move along.

Quick, name a network primetime TV show that champions conservative values, other than Last Man Standing. ……. Still thinking? Yes, its an issue. When TV was invented in the 50’s, it initially created shows that reflected society. Now it has devolved into trying to shape it.

Blue Bloods and Dick Wolfs “One Chicago” series of shows, Chicago PD, Chicago Fire and Chicago Med do have conservative characters, but tend to lean liberal in lifestyles. The outlier being Chicago Justice which was over the top liberal and was canceled for low ratings.

Rampant, arrogant liberalism is destroying Americanism. There is no denying it.  American intellectual conservatism has not followed through and maintained its stake on the high ground. I do not know why we have so much difficulty accepting or articulating that real and lasting positive social change does not emanate from popular culture.

Liberals have poisoned race relations in this country. America may be the least racist multiracial culture in the world. Every day, Americans of every race and ethnicity work and play, side by side with no issues. But the mainstream news and entertainment media constantly poison the minds of the masses with hate-filled indoctrination against whites, “white privilege,” “systemic racism,” “systematic misogyny” and other liberal sacraments.

Liberal culture indoctrination has made a vast number of women unhappy, even depressed, with its decades of lying about how female sexual nature and male sexual nature are identical, normalizing a “hookup” culture that leaves many young women depressed — and its implication that glamorizes career success over family life.

America is and has been, the refuge for the most brilliant, creative, ambitious, and independent thinkers in the world. Their dreams can only be accommodated in a nation that guarantees liberty and protected rights. We provide THE MOST friendly, open, nurturing, free and optimistic environment and culture for any individual to work toward their dreams and achieve their goals. This must be protected at all cost.

Most historians will tell you that most great nations are only truly great for 200-250 years. The rise and fall of the {insert country} empires. Italy, England, Russia and China are all past their glory days of dominance. Can we buck the trend?

“Make America Great Again” seeks to restore American exceptionalism, the idea of a country and culture where all are entitled to the opportunity to prosper, where each generation does better than the last.

Our culture is being hijacked by liberal academic elites and complicit entertainment industry. We also know what would make us great again is a return to family values, sensible immigration laws, the dismantling of the Obama regulatory state, lower taxes for everyone, essentially all the things elite liberals oppose. Our resistance must not be futile. Preserve American Exceptionalism