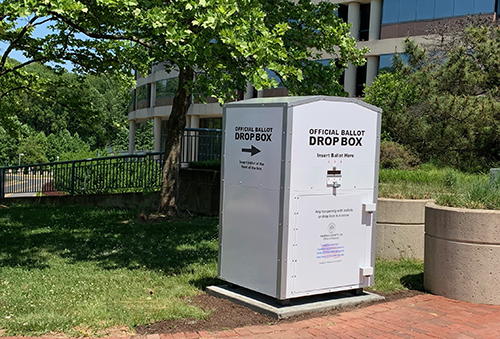 A vote last week by the Fairfax County Board of Supervisors may have revealed something about Democrat Gubernatorial candidate Terry McAuliffe:  He could be worried about his electoral chances in November.  Very worried.

There is something else indicating that the McAuliffe campaign — or at least its sympathizers — are worried.

First, let’s consider absentee ballot signatures.  By Virginia law, each signature on an absentee ballot must have a witness, verifying that the voter is legally eligible to vote in the election.  That law was suspended temporarily during the 2020 general election due to health concerns surrounding the COVID-19 pandemic and the state of emergency declared by Governor Northam.

On June 30 this year, when Governor Northam lifted the state of emergency, the absentee ballot signature witness requirement went back into force.

But last week, the Fairfax County Board of Supervisors, on a 9-1 vote, appealed to the Governor to give Fairfax County an exemption to the law and allow absentee ballots to be returned with no witness to voter signatures during this current election period.  The Board made its appeal despite the fact that 64,000+ absentee ballots already have been mailed, requiring signature witnesses.  Early voting began almost a month ago.  And now the Board wants to change the rules of the election?

According to Board Chairman Jeffrey McKay, Fairfax County still is under a State of (COVID-19) Emergency Declaration.  But there’s no mention of that Declaration on the County website.  And COVID-19 cases in the County are plummeting.

So why the desperate plea to Governor Northam to remove the absentee ballot witness signature requirement for Fairfax County?  The Governor has no such authority.

Well, let’s consider the second indicator I referenced at the beginning:  the security camera on the large absentee ballot drop box outside the Fairfax County Government Center.  Allegedly, this camera provides 24/7 surveillance of the drop box.  But does it?

On multiple occasions, I have asked Scott Konopasek, Director of the Fairfax County Office of Elections, to make the live feed of the 24/7 camera available to the public.  Each time he has responded that it will not be made available.  Nor will he tell me how that decision was made and who was responsible for the decision.

That surveillance camera is touted as an example of election integrity.  So why isn’t the live stream made available to the public?  There is no presumption of privacy when someone walks up to the drop box to place his, hers or multiple ballots inside that box.  When voters go to the polls, they have no privacy when they cast a secure ballot.

If there is no signature witness requirement on absentee ballots, and there is no public monitoring of a 24/7 camera on the drop box at the Government Center where people can insert untold numbers of absentee ballots 24 hours a day, 7 days a week … the door is left open for mischief.  Now do you understand why the McAuliffe campaign might be worried about the November election?

The signature witness requirement is likely to stand as written in Virginia law.

If you are concerned about election integrity and want to see a live feed of that 24/7 surveillance camera, call Scott Konopasek and tell him:  703.222.0776

Reply
Virginia Democrats Claim ‘Free And Fair’ Election While Riggi October 28, 2021 at 8:04 am

Reply
Democrats Claim ‘Free And Fair’ Election In Virginia While Rigging It Again | Black Conservative Boogeyman October 28, 2021 at 7:47 am

[…] of pandemic-related emergency orders. Governor Northam suspended the emergency order on June 30. 64,000+ absentee ballots have already been mailed, requiring signature witnesses as of […]

[…] Terry McAuliffe’s campaign is worried he’s going to lose the election.  (See my previous post here.)  To my knowledge, Governor Northam has not responded to the Board’s […]

I got told the bye they’re using is State Code 24.2-625.1 Sounded like Bousha is the name. They were going to give me an email but didn’t.

The interesting thing is calling these folks on it. I actually did call.

Mr Obama’s appearance will be a detriment not a benefit. The democrat ticket is in trouble nationally because they have a dilemma: they run unethical and /or immoral candidates because they DO represent that party. However the vast majority of the country will not vote for such candidates. What can the democrats do?! We know too much about the bad actors of the past like the Obama’s and the McAuliffe’s- we can now review their past record. However new democrat candidates are even more unethical and tyrannical in platform, so what can the current democrat Virginia governor do to assure a Virginia democrat win? The necessity of cheating come to mind. The installing of the ballot drop-box is something one should see only in a meme! Ms Trauernicht is absolutely correct to call for voter witness, but hey, that would spoil “the Big Cheat”. Voters need to sue.

The bigger question is what is Youngkin doing to fight this not even veiled plan for voter fraud?

The only reason they have won any election in the past 20 years is by underhanded moves, the fact that they refuse to allow the public to see the feed and that they want to change the rules so they can ONCE AGAIN STUFF THE BALLOT BOXES should be called what it is!

FRAUD! Sue them under freedom of information to have that camera public, otherwise they will be stopping by with the printed ballots like they did last time that allow Biden’s greatest fraud organization to steal the 2020 election.

And Barack Obama is coming to Virginia to stump for McAwful. Yes, Democrats are worried because they can see that they are losing.