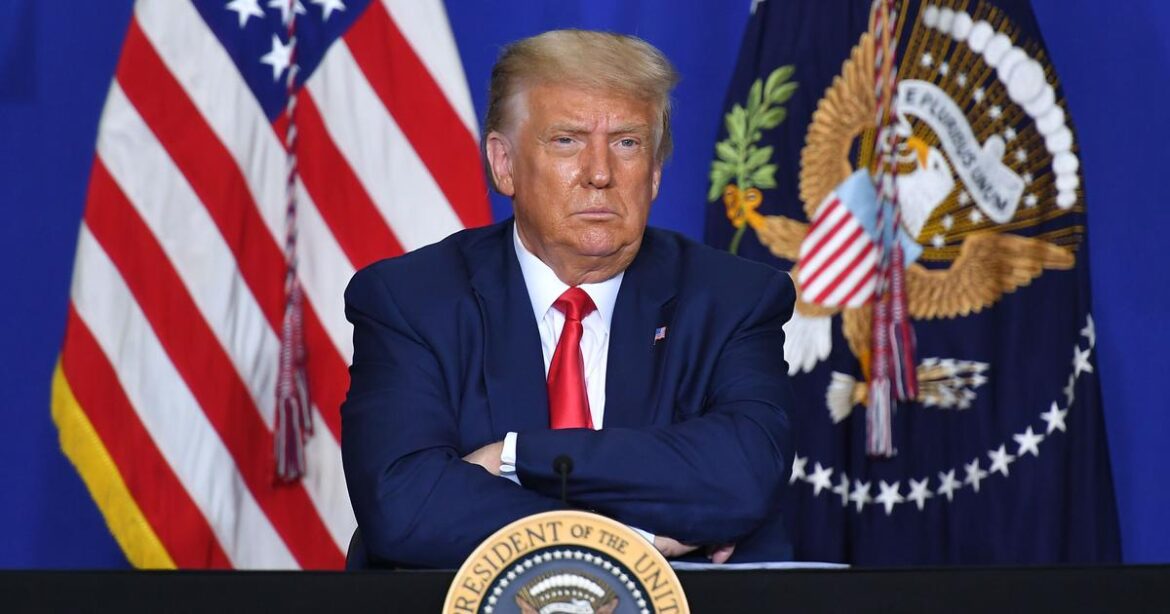 Is Trump trying to destroy the Republican party or just himself?

What is he thinking? Is President Trump trying to destroy the Republican party and their future, or his own political future? In the past few days, he has lost any hope of getting Republican backing for running in 2024. He’s lost any support he may have had among Floridians, Virginians, and Asians.

Trump chose to go after Governor Ron DeSantis first, calling him an ‘average Governor’ who benefited from great Public Relations. Trump has twice called Governor DeSantis “Ron DeSanctimonious.” There’s nothing sanctimonious about Governor DeSantis. By saying that Trump has alienated Floridians and millions of other voters across the nation who support DeSantis for President. Does Trump believe this kind of name calling of Republicans will help him win the nomination? It won’t.

How insulting! How racist! No one has ever said Trump carried Youngkin in Virginia. A telephonic Trump rally was the thing Youngkin needed to win? Ridiculous. This quote insults Virginia, Asians, and people across the country who have seen how hard Youngkin has worked to help elect Republicans.

I am not alone when I say Trump will never be the Republican nominee for President in 2024.

Is Trump trying to destroy the Republican party or just himself? was last modified: November 12th, 2022 by Jeanine Martin

The problem is that the Republican Party elites hate the MAGA populism and want to shut it down. Thus, they are more than willing to sacrifice an election or two simply to squash what is the base and majority of the party. They are the RINO wing and they are in decline trying to take the conservatives and traditionalists with them. This undermining activity has been going on for decades – the Tea Party exposed it and Trump continued the process. By now it ought to be clear that these elites won’t defend republicans and we get shocked to see the election results.

The fact that he may announce his candidacy for 2024 before the senate run-off in Georgia pretty much says it all. If he announces now, he’ll tank any chance Walker has to win and give Warnock a large margin of victory.

I had not thought about that, but you are absolutely right. Yikes!

Yes, but I would replace
“Is Trump” with
“Has Trump been”.

Exactly, it just takes some good a while to figure it out. Gj Miss J, you “talk to ppl”. Maybe, just maybe, you should have been listening to different ppl a while back…don’t need anyone that “spouts off like that”? Like this is anything new. You were so offended by the “grab ‘em by the pussy” that you……fell in line like a good little lemming. And now the same people that let it get to this point have all the answers. smdh

“I am not alone when I say Trump will never be the Republican nominee for President in 2024.”

Trump will not be the nominee. Our bench is deep and we don’t need someone who spouts off like this. Even the most faithful Trump supporters have begun to turn on him. I know because I talk with them. You might want to try that rather than live on dreams.

BTW, who will the Democrat’s candidate be? Biden? Harris? Fetterman? Or the good-looking guy who has all but destroyed California?

I remember someone who criticized Cambodian immigrants and Bearing Drift called her the Racist in Chief.. what was her name again..

I back Trump. The party is full of corruption and we are sick of it. Before going after the one hope of cleaning up the DC quagmire, just look at what occurred recently in local elections. I dislike RINOS and those who work against hard working great candidates and lie about them. I was a DeSantis fan until I saw his list of backers. Just like Biden getting donations from Pfizer x years. I knew that before I noticed early in the COVID run the Pfizer vaccine mentioned the most.

Monday, Trump was your hero, and Saturday………….he is, well

Gee, trump is an asshole…..imagine that.

But he is right about some thing:

“There’s nothing sanctimonious about Governor DeSantis”

DeSantis IS sanctimonious and he is an asshole, too

You thought that crap was cute not so long ago. Hell, you all went out of your way to try and out Trump each other. Anyone dared to question the direction of the party was shouted down w derision. RINO!!!!! you all parroted. TDS!!!!!, you shouted. Now who’s the RINO? Ya boy, that’s who. Now you want to crawl out of your holes and start waxing poetic on Trump evils? He’s exactly who he’s always been.

Here’s another sophomoric acronym for you: CINO. As in, conservative in name only. All ya’ll, the mirror beckons.

You thought that crap was cute not so long ago. Hell, you all went out of your way to try and out Trump each other. Anyone dared to question the direction of the party was shouted down w derision. RINO!!!!! you all parroted. Now who’s the RINO? Ya boy, that’s who. Now you want to crawl out of your holes and start waxing poetic on Trump evils? He’s exactly who he’s always been.

Here’s another sophomoric acronym for you: CINO. As in, conservative in name only. All ya’ll, the mirror beckons.

You are wrong. Trump has a tested record of being things done and keeping promises even when being attacked from all sides. Yes, he is unorthodox in many ways but he has America’s interests at heart which can’t be said of most politicians.

Unfortunately, no one will remember the great things he accomplished as President with these mean. childish, demented attacks. He sounds like he’s ready for an asylum!

I must agree. Trump was an excellent President but these attacks must stop.

you and sushiroll are idiots………trump has never been a winner, he has been a loser his whole life. The most amazing thing about him is that he hasn’t been in prison the last twenty years

Loser? Yeah, that’s why he’s a multi millionaire. Oh, and you aren’t. Been reading your TDS crap for months. Your screeds are repetitive and tiresome.

~shrugs~ Yep, I have had TDS for a long time, no doubt about it. Not fun but not irrational, either