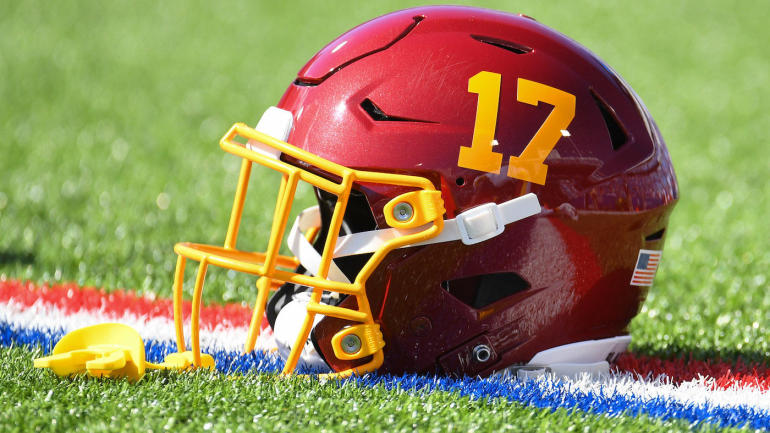 Is Washington Admirals the new name of the team formally known as the Redskins?

Several team names have been in contention for the new name of the Washington football team, among them, the Admirals, Armada, Brigade, Commanders, Defenders, Presidents, Redhawks, Red Hogs and Sentinels.

The new name will be announced on February 2nd but it looks like the name has been leaked and it will be the Admirals. Former NFL player Boomer Esiason predicted it today on his radio show.

When asked later if he regretted announcing the name Boomer added:

Since the Admiral’s name has been linked will Washington’s team owner change it to something else? Rankings of the names and the pro and cons of each proposed name here. Their favorite is the Red Hogs because it shows a connection to the past. I’m not a fan. I’m not enthusiastic about any of the names on the list. If I had to choose, the Sentinels would be my choice with an image of a soldier in the Revolutionary War standing guard. That’s the best I’ve got among the choices we have.

Is Washington Admirals the new name of the team formally known as the Redskins? was last modified: January 5th, 2022 by Jeanine Martin

Boomer Easiason is a clown, a clod and a buffoon. He has no redeeming value as an announcer. Why would a supposedly neutral commentator say “I canâ€™t stand that organization anyway! That organization sucksâ€. I mean seriously. How can you take anything that half-ass says as reasonable? Even if he does feel that way, it’s not something a commentator should say out loud. What an ass clown.

There is only one move that can make SNyder look good.
Ditch the burgunday & gold for red, white and blue. Bear with me here…
New team name? The Washingon Bullets!
As much as I hate Snyder, this would be a serious boss move

How about the Red Inks?

They could keep the Redskins name, but replace the Indian with a bloviating senator, jowls quivering, and about to burst an artery.

Commanders, book it. Then Snyder can don that Napoleon hat you know he has tucked away in his closet and refer to himself as: â€œCommander in Chiefâ€

I wouldn’t be surprised there would be a trademark lawsuit if the football team takes on the name of Admirals. The Norfolk hockey team has been looking for pennies on the sidewalk in order to keep playing. For the right sum, they would probably sell the naming rights as well as the anchor around their investor’s necks to a no name football team.

Admiral is a racist term. How many black Admirals are employed by the the Navy? Not enough; we need more! What a racist institution. I realize, there have been a few deadly accidents between ships with affirmative action captains, however, that must be kept quiet. (Sensitivity obligations).
Promote more unqualified minorities. DEATTH is just a â€˜progressiveâ€™ by product. No worries.

This. Who give a crap about the NFL. Their most recent horseshit is some baloney about criminal sentences. Long sentences for thugs makes Baltimore less of a hell hole than it is… Screw that league and the idiots who support it.

How about the â€œWashington Has-Beens}?

I favor the “Washington Palefaces.”