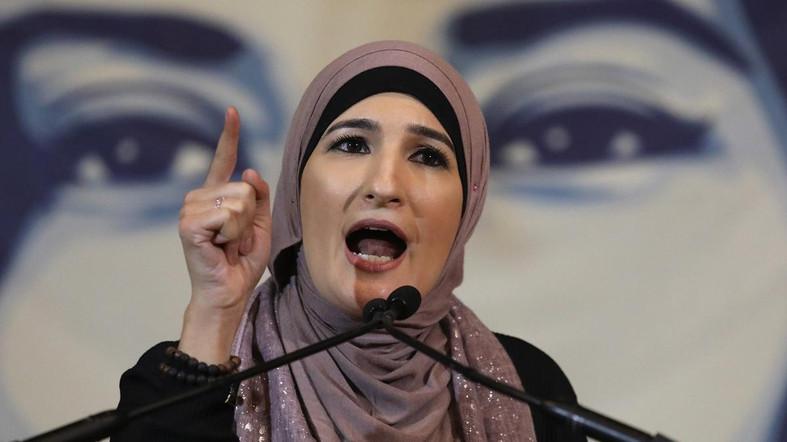 Ever since the 9/11 attacks in 2001, Americans have been cowed into not saying anything critical of Muslims or the Muslim religion. Â FBI training manuals were stripped of references to Muslim terrorism. The new descriptor henceforth would be Countering Violent Extremism (CVE). Â The word â€œMuslimâ€ could not be invoked because, donâ€™t you know, we have freedom of religion in America.

Now that three self-proclaimed Muslim women have catapulted to national attention, it may be time to reconsider the â€œreligion of peaceâ€ moniker. Â For in a few short months, these women have managed to rile the public conversation over statements deemed to be anti-Semitic.

The three women are: â€œracial justice and civil rights activistâ€ Linda Sarsour, and newly elected US Representatives Ilhan Omar and Rashida Tlaib. Â All three have a record of speaking critically against Israel and supporting the Boycott/Divestment/Sanctions movement. Rep. Omar, in particular, is under heavy fire from colleagues in Congress, including Democrats, for her more recent anti-Semitic charges.

Linda Sarsour is riding to Ilhan Omarâ€™s rescue to deflect attention away from Omarâ€™s remarks. Sarsourâ€™s Facebook page features an #IStandWithIlhan banner. Her recent post excoriated Nancy Pelosi for being a â€œtypical white feminist upholding the patriarchy doing the dirty work of powerful white men.â€ Â Sarsour and her MPower Change (Muslim Grassroots Movement) organization are leading the charge to defend Omar by deflecting attention away from her anti-Semitism and demanding that Speaker Pelosi pass a resolution condemning â€œall bigotry and racism.â€ Â

On the day she was sworn into Congress, Rashida Tlaib excitedly shouted to well-wishers about President Trump, â€œWeâ€™re gonna impeach the Mother F***er!â€ Â So whatâ€™s going on with these exemplars of the Muslim faith, what weâ€™re told is the â€œreligion of peaceâ€? Why the angry, combative personalities? Why the angry reaction to charges of anti-Semitism? Â Why the anti-Semitism?

Some scholars opine that anti-Semitism is not prominent in the Quran or Hadith, but has taken a firm hold in modern Islam, particularly with the Muslim Brotherhood and its offshoot Hamas, which the United States recognizes as a terrorist organization. Â The Council on American Islamic Relations (CAIR) also has connections with the Muslim Brotherhood and Hamas and shares support for Palestinian statehood that would subsume the current state of Israel.

Sarsour, Omar and Tlaib all identify openly with CAIR. Â

Letâ€™s step back a moment and attempt to put recent events in some perspective.

Three years after 9/11, in August 2004, a Maryland police officer observed a couple taking pictures of the Chesapeake Bay Bridge. Â The driver, Ismail Elbarasse, was detained on an outstanding material witness warrant in connection with fundraising for Hamas. Subsequently, the FBI executed a search warrant on Elbarasseâ€™s home in Annandale, VA, where a sub-basement was discovered containing archives of the Muslim Brotherhood in America.

Eighty banker-boxes were found containing documents detailing the Muslim Brotherhoodâ€™s strategic plan for the United States. Â One of the most significant documents was entered into evidence during the Holy Land Foundation trial in Dallas, Texas. (The trial ended in May 2009 with the sentencing of five Foundation leaders on charges of providing material support to Hamas, still designated as a foreign terrorist organization.)

This significant document was titled, â€œAn Explanatory Memorandum: Â On the General Strategic Goal for the Group in North America.â€ It was written in 1991 by Mohamed Akram, a senior Hamas leader who was on the Board of Directors for the Muslim Brotherhood in America. Â The document was translated into English. Itâ€™s only 32 pages in length, and you can purchase a paperback copy on Amazon for $5.50.

What is so helpful about the Explanatory Memorandum is that it lays out methodically how to establish â€œan effective and stable Islamic Movement led by the Muslim Brotherhood which â€¦ presents Islam as a civilization alternative and supports the global Islamic State wherever it is.â€ Â

Particularly concerning to our American Republic — and to western civilization in general â€“ is this excerpt under the heading, â€œUnderstanding the role of the Muslim Brotherhood in North Americaâ€:

â€œThe process of settlement is a â€˜Civilization-Jihadist Processâ€™

with all the word means. The Ikhwan [Brotherhood] must

understand that their work in America is a kind of grand

Jihad in eliminating and destroying the Western civilization

from within and â€˜sabotagingâ€™ its miserable house by their

More than simply about the Muslim faithful, the Explanatory Memorandum describes the overarching organizational structure that is Islam: Â political, economic, legal (Sharia), social and religious constructs that ultimately govern its subjects. (Islam means â€œsubmission.â€) It is ISLAM that we should be focusing on and declaring fundamentally antithetical to our Constitutional Republic.

Achieving Palestinian statehood furthers the goal of a global Islamic State. Â It is about global submission to a way of life governed by political, economic, legal (Sharia), social and religious constructs. Â Islam is totalitarian to its core. And it is fundamentally antithetical to our Constitutional Republic. This is what we should be focusing on, lest we unwittingly submit. Â