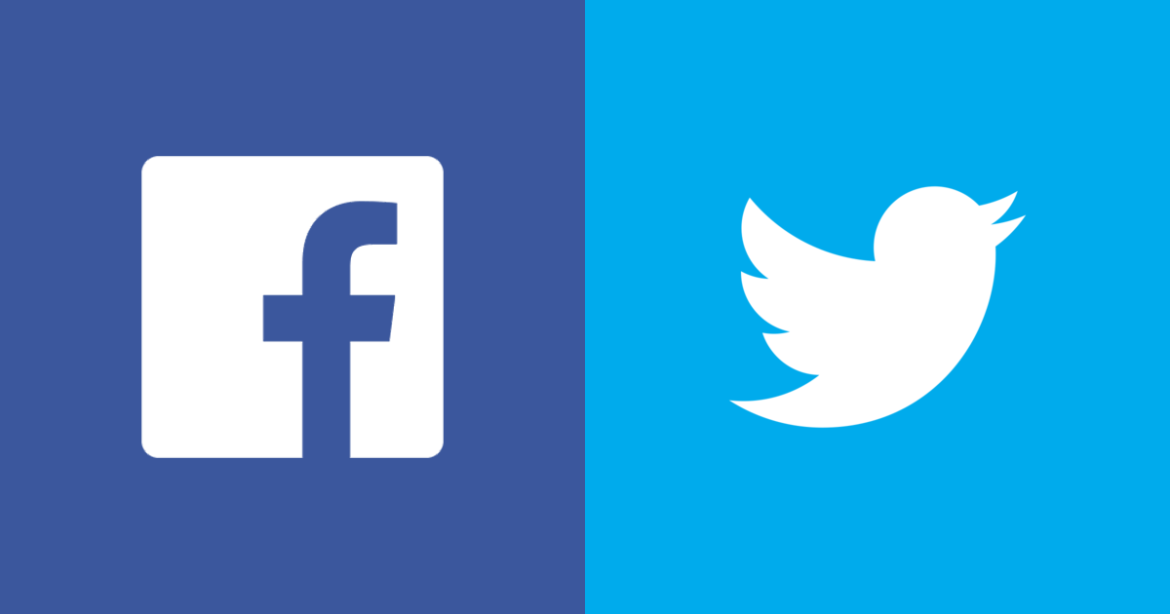 Conservatives are frustrated with censorship by social media platforms Facebook and Twitter. These “digital town squares” were once more accommodating to expression by conservatives. After all, those entities built themselves into global juggernauts relying in part on freedoms guaranteed by the U.S. Constitution and America’s (relatively) free enterprise system. Conservatives became reliant upon these digital public forums to express views and interactively engage about the political, religious, and social welfare issues of the day.

But after becoming wealthy, monopolistic, pervasive global corporate phenoms (partly on the backs of our personal data that they’ve exploited with some controversy) Facebook and Twitter now are changing the rules of engagement.

These forums attracted conservatives by enabling us to bypass and even expose the corrupt old corporate media, and address government lawlessness and the hypocrisy of those who otherwise control the dissemination of information. Facebook and Twitter became our digital town squares, and we fed their growth with the value of our presence and even our advertising dollars. These platforms are also used by government and the old corporate media to disseminate their views.

Now, conservatives face censorship, yet appeals to the better judgment of liberals “Mark and Jack” have not produced sufficient results.

It is part of our great America system of law that government may not (or should not) censor, but private entities may. The First Amendment applies to government as part of the paramount law that governs government — the Constitution. Private entities are not governed directly by the U.S. Constitution. As owners of private property, Americans are generally free to dictate the conditions we apply when we allow others to use or enter our property, within reason.

There are, however, certain exceptions about constitutional harms by private parties that apply in limited circumstances, certainly in the area of unlawful discrimination. The circumstances notably addressed by the Supreme Court rely on two principal concepts, which are whether the property is a “public forum” equivalent to the town square, and whether there is a “state action” by the private actor.

For example, in Marsh v. Alabama from 1946 the U.S. Supreme Court held that the First Amendment applied to a privately owned company town because this private property had taken on the aspects of a government municipality. In 1980 the court ruled in Pruneyard Shopping Center v. Robins that a private mall could not prohibit distribution of leaflets, upholding a California Supreme Court decision based on the California Constitution. The Supreme Court had previously ruled that mall owners could prohibit the same forms of speech, so the Pruneyard Shopping Center precedent has limitations.

Nevertheless, private property that operates as a traditional interactive public forum is one element to consider for First Amendment purposes. Indeed, speech, press, religion, petitioning the government, and peaceable assembly are rights exercised in the 21st century “digital town square.” A digital platform open to all — and that actively encourages the general public to participate as its business model — does not have the same characteristics as a membership club or digital publisher.

The other element under the law that governs government is that there must be a state action before the First Amendment may apply. In this regard, private parties can sometimes be deemed government actors or agents. The concept of “state actor” is not uncommonly seen in the context of Fourth Amendment cases. Then-10th Circuit Judge Neil Gorsuch applied that doctrine in a case currently before the U.S. Supreme Court, U.S. v. Ackerman.

For the First Amendment to apply to the social media giants, therefore, it would need to be established that they are public forums under traditional notions, and that they are state actors in censoring. The latter seems to be a more difficult, yet still possible, element to prove.

Facebook has recently adopted new procedures for those who wish to place “political” ads in its platform. The procedures require registration and disclosure that foreclose anonymity. Interestingly, Facebook has chosen to define “political” by identifying 20 “national issues of public importance,” including abortion, civil rights, crime, education, government reform, immigration, and taxes. These types of topics are what the Supreme Court has previously distinguished as “issue advocacy” versus influencing elections, ruling that issue advocacy has greater First Amendment protection than the latter.

Facebook’s prior restraints now in place seem to be content-based restrictions on speech and publication. Ads for other issues and products not on this list do not face the same registration and disclosure restraints. Government and old corporate media positions on these issues, and expressed in these digital public forums, do not appear to be subject to the same prior restraints.

The new rules are in response to Congressional pressure that Facebook was not doing enough “to counter misinformation from foreign operatives who use fake online accounts to influence elections and sow division in the U.S.” Facebook admits it has now taken on the role of “protecting legitimate political discussion within our community and fighting foreign interference in elections.”

Before pressure from Congress, these restrictions were not in place at Facebook. The company, however, had already proven itself an easy mark, willing to cave to government pressure to censor speakers on its platform. In 2016, and as a way to get back into China’s market, Facebook created a tool to allow the Chinese government to censor.

One can ask, what business is it of a global, interactive, public forum to enforce U.S. law on foreign interference with elections? That seems to be the government’s job, and its enforcement should be targeted at those who violate the law instead of using blanket, prophylactic restrictions that sweep in lawful and protected speech. This not only seems to make Facebook a state actor for purposes of its new prior restraints and censorship — especially given state and federal court decisions on restricting issue advocacy — but goes above and beyond the censorship, prior restraints, and violations of the right to anonymous speech prohibited to U.S. or state governments.

What should make Mark Zuckerburg angrier about alienating his community and spending company resources on its new censorship policies, including the salaries for people needed to enforce them, is a recent revelation that Obama cybersecurity coordinator Michael Daniel was ordered to “stand down” on Russia’s attempts to influence the 2016 elections.

The government may not tacitly pass off its obligations to a private party as a means to violate constitutional rights. A Texas county, for example, could not unload or devolve its obligations in the electoral process to the all-white private Jaybird Democratic Association as a means to discriminate, per Terry v. Adams from 1953. Because of the Obama administration’s astonishingly brazen and willful failures to enforce the law, Facebook was duped into becoming a state actor, which should result in First Amendment lawsuits. Call him Mark Sucker-burg.

That Facebook may be a state actor for purposes of U.S. foreign influence election laws does not seem to translate into the same status for the type of blatant ideological censorship that most annoys conservatives. Conservatives, though, have seen ideological censorship by the “deep state,” such as with the IRS and Lois Lerner targeting Tea Party groups, and recent Judicial Watch revelations about former John McCain staffer and still-current government official Henry Kerner, who urged the IRS to “audit so many [nonprofits] that it becomes financially ruinous.” Our antennas for censorship are up.

However, absent plausible evidence of state action, such as government supervision of, or meddling with, Facebook’s censorship employees or facilities, or other collaboration such as guidelines provided by the government or memos implying coercion (which, after recent years of government corruption and lawlessness, seems more possible than many conservatives may have previously feared), the First Amendment would not seem to apply.

One theory conservatives might advance is that Facebook’s censorship of conservative speech is based on its global nature and business standards of complying with international censorship policies. If Facebook has adopted, for example, United Nations guidelines on hate speech, or is influenced too much by, say, recent European laws that censor what is entirely protected in the United States, it seems a case may be brought. International speech standards and Facebook’s collaboration with foreign powers may be spilling over into the U.S. Writes Katrin Bennhold at the Independent about Facebook’s secure “deletion centre” for Germany’s censorship law, “Europe, and Germany in particular, have emerged as the de facto regulators of the industry, exerting influence beyond their own borders.”

Isn’t There Some Way that Facebook and Twitter can be Forced to Stop Excluding Conservatives? was last modified: June 25th, 2018 by Guest Contributor Mark Fitzgibbons

They’re basically public utilities at this point. Why not regulate them as such?

I could be wrong, but these companies are protected by the constitution of the United States, correct? If their boards choose to censor the people who use their “free” social media platform, that should be their right. If they are morally opposed to certain comments or commentators, they should have the right to do as they see fit with their property. If conservatives get upset, they can vote with their feet and leave the platforms that censor conservatives. Or, better yet, they can be inventive and create their won platform that doesn’t censor.

The Supreme Court just decided this term that Masterpiece Cake Shop in Colorado could not be forced to bake a cake for a gay couple because it went against the owners religious beliefs. But, according to the author’s argument here, the baker should have been forced to bake a cake for the gay couple and, if that didn’t work, laws should be passed to protect the minority in question. How is that a conservative idea?

The author is clearly trying to snatch defeat from the jaws of victory.

Why would anyone want to do either? Communication is measured in minutes. At least on blogs you might get a day to talk past each other before the table is reset to a new topic with the same comments. The old CB radio had more discussion than today’s social media.

Why aren’t there other versions of Facebook? I don’t get why anyone feels “left out”. Just don’t try to play with them.

Republicans should remember the majority of blue collar men like myself do not facebook.
I would expect a portion of the “Silent Majority” are like myself.
My wife being very Conservative and devoted follower of Christianity does not share of post political mumbo jumbo.
This election season a knock at the door might get better results.

When are people going to get it into their heads that the ‘United States’ has not been operating under the Constitution for the United States since at least 1932. I anyone ever going to look deeply behind a curtain of obfuscation and see just what kind of cockamamie government is operation. Maybe we ought to distinguish between ‘de jure’ and ‘de faction,’ and demand some real restoration of the American republics.