Latest Posts
BE HEARD Act would harm small business and...
My Choices in the State Party Election
The Coronavirus Placebo
“The Requested Records Do Not Exist.” House Speaker...
About That Shiny New Contact Tracing App…
University removes director for mild criticism of affirmative...
Firehouse Primary in HD-29 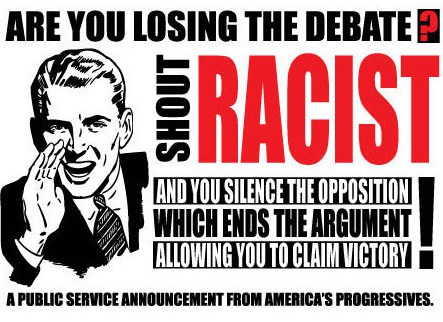 In what is now regarded as an epic Internet smackdown of racial grievance mongers, Ben Shapiro explained how contemporary black American culture accounts for much of the differences in wealth between black and white Americans rather than “racism.” In doing so, Shapiro, the right-wing Lion of Zion, pointed to the high rates of out-of-wedlock births that have decimated generations in many black communities throughout our country. The only retort offered by the opposing side in explaining the wealth differential was, “It has to be racism. It just has to be.”

In a way, one cannot blame Shapiro’s opponents. Racism is often the ONLY explanation offered by leftists when they explain the varying levels of education, wealth, and poverty between whites and people of color (Asians do not count). Indeed, the impact, effects, and legacy of slavery and Jim Crow do account for some portion of the wealth differential between white and black America. Any honest person would admit as much. But Shapiro correctly pointed out that there are other factors – that are more important – at play. And when it comes to dealing with these factors, liberals are blind, deaf, and close mindedly dumb.

The hard truth for fanatical egalitarians on the Left to swallow is that there have always been – and there always will be – disparate outcomes among demographic groups. For example, most of the Hispanics and Asians living in our country today are either immigrants, or the children of immigrants. And yet, Asian American students dramatically outperform their Hispanic counterparts and go on to earn considerably more money than Hispanics. In fact, there is not a single school district in the US in which Hispanic students are on par with Asian students. Why? “It has to be racism. It just has to be.”

Even in leftist enclaves, such as that paragon of progressive paradise, California, Asian students, in comparison with Hispanic students, are dramatically overrepresented at the University of California and in the state’s other prestigious colleges and universities. Why? Particularly when there are far more Hispanic students than Asian students in the Golden State. “It has to be racism.” It just has to be.”

In liberal New York, my hometown, a kerfuffle has arisen concerning the low numbers of black and Hispanic students attending the city’s three prestigious high schools – Stuyvesant (my alma mater), Brooklyn Technical, and Bronx High School of Science. Tragically, as the liberals tell it, Asian students, who are only 16% of the student population in the Big Apple, account for nearly 2/3 of the student body at these elite schools (which require an entrance examination to attend). “It has to be racism. It just has to be.”

Never underestimate the ability of liberals in their delusions to defiantly deny damaging demographic data. In their reflexive and instinctive urge to play the racism and classism cards, progressives in The Big Apple are claiming that black and Hispanic students come from families that cannot afford to take the tutoring available to prepare for the rigorous admissions test. Liberals insist that only the rich and privileged can take this tutoring, leaving poorer blacks and Hispanic students behind. Not quite. 60% of the (predominantly Asian) students who attend these elite high schools are eligible for the school lunch program, once again demonstrating that the racism and classism cards played incessantly by liberals are jokers. Liberals simply cannot deal with reality. Most of these elite Asian students are working class immigrants or the children of immigrants and not the scions of the elite and pampered. But then again, we can always count on our liberal friends to utter those words they have come to cherish and apply for every bit of data that runs counter to their worldview. “It has to be racism.” It just has to be.”

One last point. Not only are there disparate socio-economic outcomes between the races, but among them as well. For example, Americans of Chinese, Korean, and Japanese ancestry have higher levels of education and income than Asians from Philippines and southeast Asia. Among Caucasians, Ashkenazi (European) Jews, dramatically outperform every white ethnic group in levels of academic achievement and affluence. And even among Jews, there are significant disparate socio-economic outcomes between the Ashkenazi and middle-eastern, or Mizrahi Jews. Why? “It has to be racism. It just has to be.”

It has to be racism. It just has to be. was last modified: August 6th, 2018 by Guest Contributor Mark Jaworowski
Asians and Hispanics education
36 comments