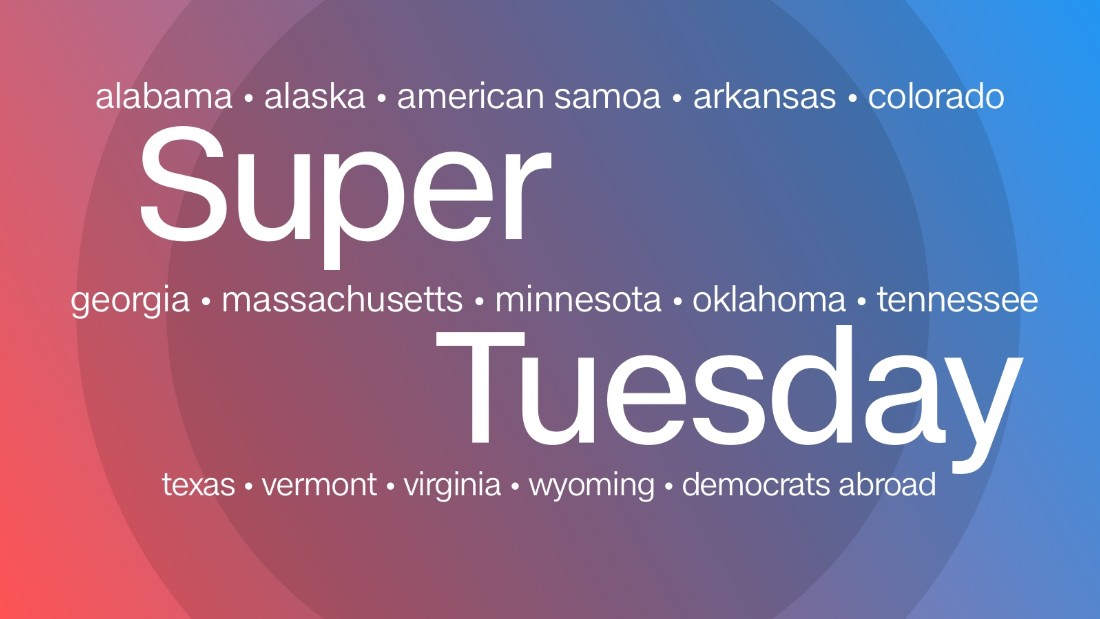 Let’s start out by pointing out the obvious first.  Donald Trump won more states than any other candidate last night.  Trump also broke through his previous 35-36 percentage ceiling in a few states as well.  Trump won 44% in Alabama thanks in large part to Sen. Jeff Sessions endorsement.  Trump won about 39% in Georgia and Tennessee.  He even got almost 50% of the vote in Massachusetts where it was reported that around 20,000 people left the Democrat party in order to vote in the Republican primary.

When the dust finally settles and the delegates are apportioned out, Donald Trump, as expected, will hold a sizable lead in delegates over his next closest rival.

Unfortunately for those of you who want to crown Donald Trump the undisputed winner and presumptive nominee, I am afraid you are going to have to wait awhile longer.  Because the rest of the story gets much more interesting, and whether certain candidates like it or not, the only real viable candidates going forward after tonight are Donald Trump and Ted Cruz.  As of now, it’s a two man race.

While I would have liked the night to go better for him, Ted Cruz did what he had to do to on Super Tuesday.  Not only did he win his home state of Texas in overwhelming fashion, but he also won Oklahoma and Alaska, and came in a close second in Arkansas.  Ted proved that his success in the Iowa caucus was not a one time thing, and that his campaign is the only campaign that has a real chance to beat Donald Trump.

While other candidates were struggling across the board or looking for one bright spot here or there, Cruz was consistently winning votes across the spectrum.

Ted Cruz finished no lower than 2nd in 7 out of 11 states, and notched three wins.

Ted Cruz claimed the biggest prize of the night (Texas), and will win a large majority of its delegates.

The Super Tuesday story for Marco Rubio, on the other hand, is not a good one.  He failed to meet almost any of his objectives, and he falls exceedingly far behind in the delegate count.  Rubio was counting on Virginia to give him a big victory and he spent a lot of time and a lot of resources to make that happen.  He held 4 rallies across the state.  I myself got more than half a dozen phone calls from the Rubio campaign, including a robocall from Barbara Comstock, a robocall from Nikki Haley, and no less than THREE phone calls on March 1st (one of which was a live phone call from a volunteer in Richmond).  It wasn’t enough.

Rubio also underperformed in Oklahoma and Arkansas where the Rubio camp boldly suggested at the closing of the polls that they might win outright, along with Virginia.

There were 5 states that required a 20% threshold in order to receive delegates (Alabama, Georgia, Tennessee, Texas, and Vermont).  Rubio failed to achieve that threshold in three out of those five states, including Texas.

Rubio finished no higher than 3rd in 8 out of 11 states.  Even in Georgia, where Rubio edged out Ted Cruz for 2nd place, Cruz still got more delegates than Rubio.

Rubio did finally notch a victory on his belt in the Minnesota caucuses, but given that he will pick up exactly 1 delegate more than Ted Cruz for this effort, the only thing this does is finally stop the, “can Marco Rubio win any state,” question from being asked.

John Kasich proved once again that he is very popular in liberal northeastern states that will never vote Republican in the General election, taking 2nd place in Massachusetts and Vermont.  He didn’t finish higher than 4th in any other state, and finished last in 7 out of 11 states.

Ben Carson never finished higher than 4th in any state, and finished last in 4 out of 11 states.  He only won 3 delegates on the night.  He has no business being in the race, and should not be included in the next debate.

The most disappointing news of the night is that none of the three candidates who are essentially out of the running appear ready to drop out.  Rubio is touting his first win of the campaign, and his close second in Virginia.  Kasich is still holding out hope of winning Ohio, and Ben Carson says he will keep campaigning until the money runs out.  All of which is good news for Donald Trump who will continue to win in a crowded field.

If you want someone to be the Republican nominee other than Donald Trump, then you need to support Ted Cruz.  He may not be your first choice.  He may not even be your second choice.  But he is the only candidate left that can beat Donald Trump.  We don’t have time for Marco Rubio and John Kasich to prove what we already know, which is that Rubio won’t win Florida, and Kasich won’t win Ohio.  All they will do is give those states to Trump, and quite possibly put the race for the nomination out of reach for good.

When all is said and done, tonight has made one thing crystal clear.  The Republican nominee is going to be either Trump or Cruz.  Nobody else has a realistic shot, and unless the Republicans who want to stop Donald Trump come together to support Ted Cruz, Trump will win the nomination.

UPDATED:  It appears the Ted Cruz bandwagon may be picking up its first establishment convert.  Lindsey Graham was on CBS this morning and made noise that he may be ready to (reluctantly) rally behind Cruz as the only way to beat Donald Trump.  Don’t forget, this is the same man who joked about assassinating Ted Cruz.  If Lindsey Graham can find his way on board the Cruz Crew, let’s hope more reasonable and sober minds can come to the same conclusion.

It will be very interesting to watch what happens politically over the next couple of weeks. While Trump wins pluralities, he’s not winning majorities. If the others drop out, Trump v. Cruz is a fight worth watching.
Great article. The logic will soon dawn on the politicos. Let’s see what they do.

It seems to already be starting. Lindsey Graham was on CBS this morning and was ready to (reluctantly) rally behind Cruz, and this is the man who joked about assassinating Ted Cruz.

The next two weeks will define the next generation of Republicanism. History is unfolding before our eyes. If the “Establishment” doesn’t go for Cruz, then Trump will re-write the party. They get to choose between their rock and a hard place.

Trump as the nominee would gut the party. Based on the number of Republican supporters saying they will leave and the exit polling data, GOP members would drop the party rather than vote for Trump.

Some will go and some will come. People who never voted before are joining Trump. Nobody will know what the Party will look like until it happens. We live in interesting times.

When most of our good stalwarts and thinkers are saying they are going to leave, and they are, along with a large part of the grassroots, we can predict the condition of the party if Trump wins will be abysmal.

And I saw some of the new Trump voters at the polls yesterday, they were Democrats. Democrats who were cackling about voting for him in order to disrupt the Republican primary.

Yup, and Cruz has already said he won’t be the token VP flunky. If Republicans rally around Cruz, he wins.