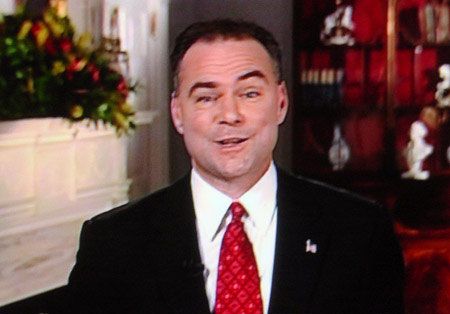 It’s Kaine by an Eyebrow

Looks like Hillary will pick Virginia Senator Tim Kaine to be her running mate. The announcement should come later today. I do think it is a smart move. In temperament Kaine is a moderate man, but ideologically he is hard left. He has a good resume and a perfect liberal voting record. He has advocated higher taxes, more spending, and more gun control at every level of government.

And his nomination will help unite the left for Hillary and should give her an advantage in the Old Dominion. Picking Kaine coupled with Governor McAuliffe’s executive orders to allow 200,000 felons the right to vote could be enough for her to carry the state.

Kaine was the first modern liberal Governor of Virginia. Up until Kaine was elected in 2005 Democrat gubernatorial candidates at least felt the need to pretend to be moderates. Democrat Governors Warner, Wilder, and Robb ran as moderates if not conservatives. Sure they governed as liberals, but they at least maintained a moderate face. Kaine ripped off the mask of moderation and ran as a liberal.

Kaine was almost Obama’s running mate in 2008. In fact he was one of the first big Democrats to endorse then Senator Barack Obama.

The question after Hillary’s announcement will be who will McAuliffe pick to replace Kaine in the Senate.

It’s Kaine by an Eyebrow was last modified: July 22nd, 2016 by David Shephard

Hillary is going to win VA regardless of her VP pick. And Kaine will do nothing to win over moderates/independents, most outside of VA probably don’t even know who he is.

Except he speaks fluent Spanish and can help get out the Hispanic vote.

It would have been a fantastic pick had the GOP followed the establishment script.

Kaine makes Hillary more palatable to Virginia dems, he does not endear the pair to conscience voters up and down the ticket.

Does he have to be replaced? Will Kaine actually quit his day job for this exercise in futility?

I doubt he will quit his job until he’s elected. Then McAuliffe can appoint himself Senator and run for the job in a special election. Northam becomes Governor, giving him a leg up next year.

If he _doesn’t_ quit, it makes it look like he’s hedging his bets and fears the impending Donald win.

If he _does_ quit, then Terry must quit too in order to appoint himself (gotta love that feature) — How does that work?

I’m going to guess he will retain his seat.