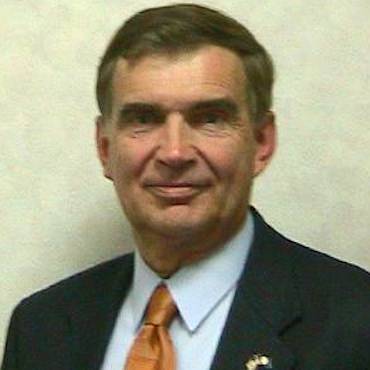 It’s ON in the 24th Senate District: Hanger filing sets up court battle

Sen. Emmett Hanger (R-Augusta) late this afternoon formally designated a primary as his renomination method. But the party had already designated a convention for that, meaning the clash is likely headed to court…quickly.[read_more]

At issue, as we’ve written about before, is the Incumbent Protection Act (Va. Code 24.2-509) (the “IPA”), which allows incumbent General Assembly members to designate the method by which their respective political parties may decide the nomination for their seat. Federal court precedent in Virginia suggests very strongly that when the incumbent’s designation differs from that of the party itself (especially when the incumbent chooses a state-run open primary that allows participation of members of other parties), the law unconstitutionally infringes on the political party’s right to exclude non-members from its internal nomination processes.

The deadline for Hanger to make his designation was 5:00 PM today. We had suspected—wrongly, as it turns out—that given the 24th District Republican Committee had already designated a convention, Hanger might avoid making any designation, thus depriving potential challengers the chance to litigate the constitutionality of the law. In such a situation we surmised that it seemed more likely that Hanger would retire, following the example set by John Chichester when he faced similar circumstances in 2007.

Hanger had other ideas, and according to our sources, filed his paperwork with the State Department of Elections just before the deadline. This suggests Hanger and his allies in Richmond (lots of people have a vested interest in this law) think they have more than an outside chance of winning in court.

It should be interesting, to say the least. The timing of Hanger’s filing gives us a little preview of what is to come in what will undoubtedly be a fast-moving case if it is to be decided in time to give the decision immediate effect for this election. By filing just prior to the deadline, Hanger effectively deprived the putative plaintiffs here (the 24th Senate District Republican Committee) of the chance to get their suit filed today. So, score one minor tactical victory for the pro-IPA team.

I expect the plaintiffs will move quickly, likely tomorrow (though I do not have confirmation of that), to preserve as much ability to get a final order prior to the primary date as possible. We will continue to keep you informed.

Hanger needs to go. Disappointing he didn’t read the writing on the wall and retire with grace. Also interesting how Hanger thinks he is above the RPV Party Plan. If Hanger wants the RPV’s nomination he should have to abide by their Bylaws.

The Incumbent Protection Act should be overturned. It’s a cowardly overthrow of a Political Party’s law. Shame on the delegates who voted for such blatant and corrupt protection in the first place. If the 24th Legislative District’s lawsuit doesn’t overturn this crony law, then the GA should repeal it next year. We’ll be watching.

Oh and BTW, the RPV needs to stop their own version of incumbency protection by allowing incumbents to use their mail-franking/party mailings – which gives the DEFINITE APPEARANCE of RPV SUPPORTING the incumbent’s candidacy over challengers. http://watchdog.org/196348/stimpson-howell-gop-mail/

Chair Whitbeck — since when doesn’t “Paid for and authorized by the RPV” on a mailer directly bestow RRV’s support for the incumbent who mailed it? And how is that NOT violating RPV’s own Party Plan on not getting involved with the nomination process?!? Supporting an incumbent over a primary most definitely is manipulating the nomination process! RPV can balance the field one of two ways:
1) rescind ALL party-paid mailings for incumbents as soon as a challenger has declared; or
2) extend the benefit of party-paid mailings to declared challengers of incumbents too.

The RPV and Republicans in general would do better if we weeded out this corruption and followed our own Party Plan.

I wish y’all would get half as excited to challenge Democrats. BTW, most states only provide one method of nomination. Guess what it is? It’s a state-run primary (and many of those states do allow party registration either). So I wouldn’t bet the ranch on this lawsuit.

Really? Can you tell us those many other states that require a state-run primary but don’t allow party registration? Even one or two of those, if you can’t compile a list that long.

i don’t have a list (or the time to do the research), but i think you will find that few southern states register by party and almost all of them require a state-run primary. You can start with SC, NC and GA and take it from there. VA is one of the few states that still permits methods of nomination other than primaries.

i support VA’s process (which permits various methods of nomination), but it is a legal long shot to think that a court will rule that state run primaries are unconstitutional.

In any case, the point is that Virginia law allows political parties to nominate, and that primaries are open to non-members. That’s fine when it’s the party’s choice, but when the incumbent chooses over the party’s objections, it trample’s the party’s association rights. See Miller v. Brown from the E.D. Va and 4th Circuit (2007).

but i doubt any court will rule that the state has to defer to the party on it’s method of nomination. you should do a state by state audit and i think you would be shocked to find that virtually every state in the country requires a state-run primary for nominations and many of those states do not have party registration. it would be a political earthquake felt across the country. nevertheless, best of luck. i agree with you in principle!

This is the scenario under question specifically and frankly I didn’t find on my granted quick literature search any that mapped to the exact circumstances relating to incumbent statute based overriding pejorative. The examples discussed above do not fall completely into that context as I understand them.

Interesting. I’d always assumed VA was fairly unique. I will have to do some additional research, but am guessing there are some sort of protections in place in states that have an open primary that we don’t have here. Thanks for bringing this up.

here is another good overview of how other states handle primaries. you will find that many states have open primaries (mostly due to the lack of party registration). good luck with your research: http://www.fairvote.org/research-and-analysis/presidential-elections/congressional-and-presidential-primaries-open-closed-semi-closed-and-top-two/

This could boil down to one of two things.

Either the RPV structure isn’t a real political party.

My bet is it’s both. If the local party has no standing in this case, you will know the truth. No one has looked at RINO from the context of the incumbent protection team, have they?

It’s time the Incumbent Protection Act was challenged! Our representatives shouldn’t be above the laws they’re trying to write. I hope this challenge is fruitful. Hanger needs to be replaced.

We need a REAL conservative to replace him though

This has zero chance of going anywhere. The law stands. Waste of money and time to challenge it.