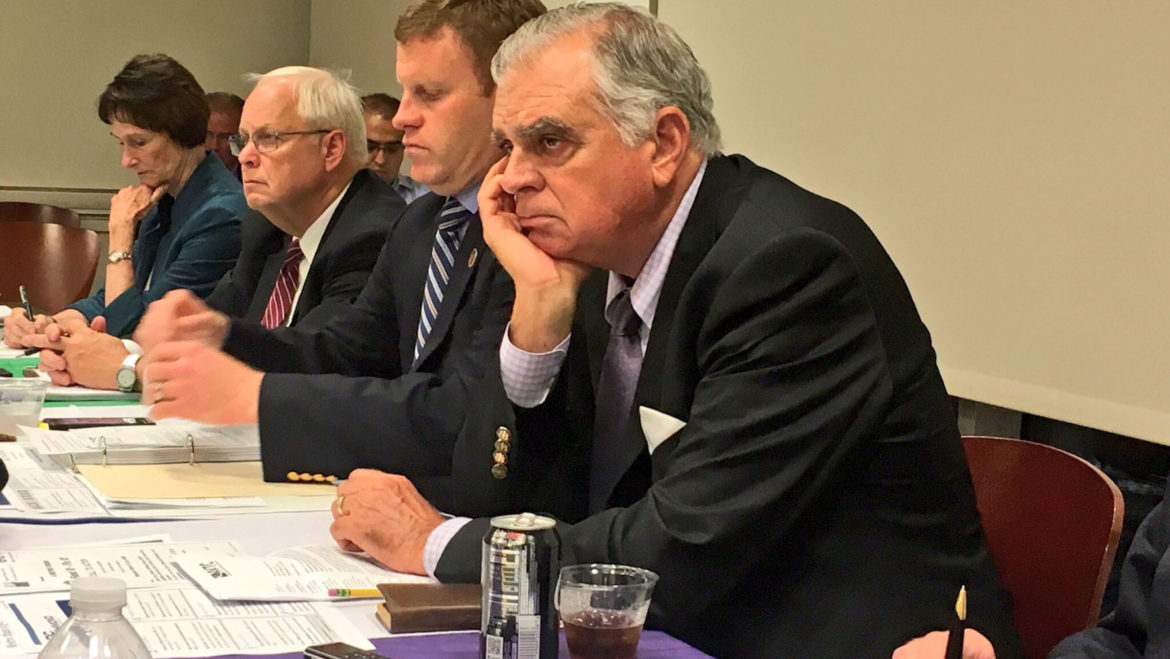 It’s (past) time for Metro Reform

So much to unravel and digest, let’s get at it shall we ?

Let’s start with LaHood’s finding that WMATA is in real need of reform. He also called for the entire Metro board to step down and start over. I have been saying for years that local politicians being asked to pony up additional cash to the system in any matter or form, should be beating the issue of REFORM like a rented mule. Our current LOCO Board Members with the exception on Supervisor Geary Higgins haven’t gotten the memo taking every opportunity to either ignore the issue or make excuses as to why it can’t be done. Matt Letourneau for Supervisor was quoted at a recent meeting of the BOS, that those of us calling for reform don’t get how tough it is, and it’s not that easy. In other words, we don’t get it. Kind of the same attitude he had when he voted for the Silver Line in 2012. Look how that worked out for us. It’s Matt who does not get it.

Despite Matt Letourneau’s inability to figure this out, at least the LaHood Report puts the call for REFORM front and center. Someone is catching on, maybe not to the depth or speed required but progress never the less.

The lap dogs of the Amalgamated Transit Union are saying our labor costs are fine because they are in line with NY, Atlanta, Philadelphia, San Francisco and Chicago. What do ALL of these cities have in common? Democrat and Union control, shocking I know. The fact that Democrats have been using these transit systems as Union jobs programs driving the operational costs through the roof, and WMATA having followed this dysfunctional and flawed model is no excuse. Comparing our bloated system to others of equal bloat and coming to the conclusion that we are fine proves more than anything that those reaching those conclusions are far more motivated in placating the Unions than actually fixing this fiscal mess. Gov. McAuliffe can deny all he wants that union labor costs are not in large part to blame. He is wrong, economics, markets, and math say otherwise. Local Democrats such as LOCO Board Chair Phyllis Randall should reject Gov. McAuliffe’s union protectionism and focus instead on real solutions grounded in fundamental reform of WMATA that includes a massive restructuring of WMATA’s compact. She has recently made statements that she like most Democrats believe a Federal Bailout is the answer. Ignoring root causes, kicking cans down the road, and spending other peoples money is their historic operational model, I don’t suspect that will change. Not holding my breath.

This is why Republicans should be focused like a laser on the single issue of WMATA reform.

For Republicans to join the chorus of those demanding a bailout from the Feds without a substantial rework of the WMATA compact and associated contracts is pure insanity. There will never be another time when this organization, and its Unions, are vulnerable or receptive to the demands of those advocating for market based wages, transparency, efficiency, and actual transportation solutions. To let this opportunity pass without substantial reforms in place would be an epic failure, one costing taxpayers billions in the long run.

Remember that old saying, Strike While the Iron is Hot?

Its really hard to believe that their startling lack of diversity is just a coincidence.

And Nats games but not really. Thanks Pepco for ponying up the needed subsidy.

At the political level, Metro isn’t about transportation. It’s about money. This post hits the heart of the matter. WMATA is filled with union jobs. Union dues go to the Democratic Party. The Democrats profit from WMATA waste. DC and Maryland are Democratic strongholds. This is fundamentally why nothing changes. Democrats don’t care if you can’t get to work on time, as long as everyone’s fares and taxes get skimmed and then poured into the Democratic coffers, it is good for them.

Democrats have no interest in Metro reform because it is in their self-interest to keep the status quo.