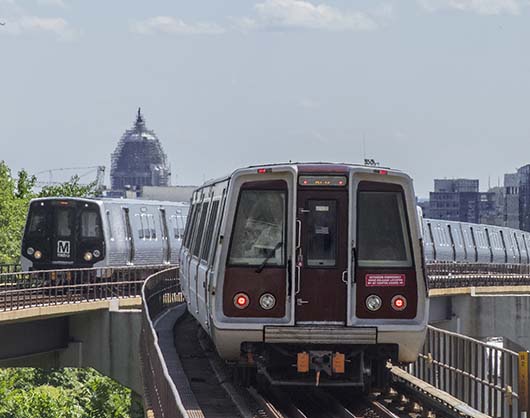 I for one have been beating this theme like a rented mule. It isÂ Barbara ComstockÂ who is putting reform as the central pillar or linchpin regarding the fiscal and operational rescue of WMATA.

Sadly local politicians ranging from Gerry Connelly in Congress to members of the Loudoun County board such as ChairwomanÂ Phyllis RandallÂ talk a good game but ignore the 800 lb Gorilla in the room, WMATAâ€™s unions. These Democrats are more concerned with the preservation of their union contributions instead foisting the funding burdens onto taxpayers. They donâ€™t mind throwing our tax dollars down the same rat hole as long as their union allies remain whole and escape being involved in the required reform process.

Their theme is simple. Because METRO â€œ movesâ€ the federal workforce it is Congress that should provide the fiscal lifeline. They want to expand the number of pockets to be picked, meaning you the taxpayers and leave the union sweetheart deals in place.

Yes, the feds have a role, but making some family in Kansas pay the freight while WMATAâ€™s unions continue to enjoy lopsided deals ignoring basic economics simply kicks the can down the road another decade and prolongs the agony. Giving them a pass rewards stupidity allowing WMATA to fail upward using other peopleâ€™s money.

These are tough times for WMATA. The organization and its employee unions have dug themselves a 30 year hole creating the perfect storm for failure. Frankly, few from any party or local have provided the honesty and clarity of thought required to fix these issues over these many decades.

Congresswomen Comstock has provided a plan that at a minimum begins to take these organizations to task for previous errors and bad judgment.

A plan focused like a laser on much needed across the board reforms is the only sane approach that we should be advancing.

Yep, most of Metro’s problems can be traced back to one issue: labor.

They’re employees are overpaid, have almost no accountability, and DO NOT care.
Throwing more money at the problem will not solve anything.

Campaign contributions are speech, according to the US Supreme Court. I’d like to disagree, but it is clearly the rule of law.

If campaign contributions are speech, there can be no issue: No restrictions.

Campaign contributions motivate politicians of all persuasions, as speech should. Pointing fingers is silly when money is speech and everyone plays the same game.

If music is the food of life, play on. If money is the speech of politics, spend away. Happy to see that changed, but for now it is where we stand. Anyone support a constitutional amendment to change this?