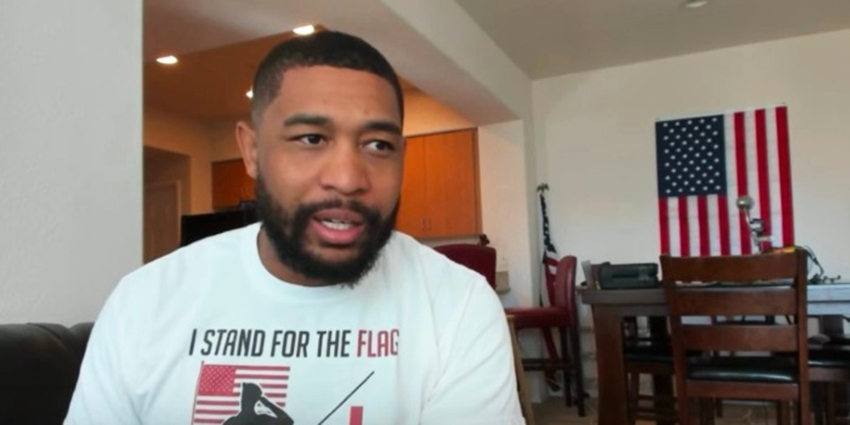 In the middle of last year, a great American patriot named Brandon Tatum posted a video on You Tube.Â  He said something that most people know but are too afraid to say â€“ that Democrats hate black people. Â  Tatum goes through the history of the Democratic Party from starting the KKK through Clintonâ€™s and Obamaâ€™s policies which have destroyed black families.Â Â

Tatum also makes some fascinating claims â€“ ones which we donâ€™t hear enough of.  Tatum says to illegal immigrants that once the Democrats get illegals to vote Democrat, the Democrats will turn their backs on illegals and go onto another supposed victim to get their votes, and then abuse that group the same way they have abused black voters for decades.

Tatum also calls out women supporters of Democrats, asking just what horrible things has Trump really done to make them vote Democratic â€“ and reminding voters that because of Trump and the Republican party each voter is getting back more of their own money from the government, and thus the economy is booming.  And this is a good thing for women voters. Tatum talks about how policies enacted by Trump have helped rebuild black families. And how Trump was honored for being a great civil rights leader in the 1980â€™s along with Rosa Parks â€“ something that most have forgotten. Tatum talks about how Planned Parenthood is committing genocide in African American communities.

Tatum is speaking the truth and does so in a way which has a beautiful moral clarity.Â  This man speaks brilliantly to black youth. And to all Americans. Brandon Tatumâ€™s message is to all Americans and legal immigrants â€“ Walk Away from the Democratic Party before they destroy you.Â  The video is over 14 minutes but well worth your time.Â Â