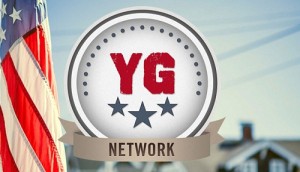 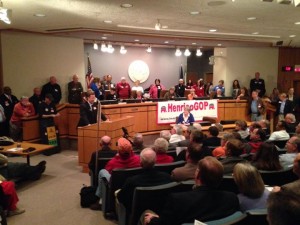 6:56:  Apparently fire marshal has been called.

6:58:  Massie and O’Bannon are here.  They are going to start off meeting with them giving legislative update.

7:02:  Reverend Joe Ellison opens prayer asking for unity, and that we might need “to agree to disagree.”

7:05:  Temporary chair, O’Bannon is recognized to nominate Don Boswell.  The ‘no’ vote is louder.  Going to counting hands.

7:32:  Linwood Cobb talks about his background.  He says the party “lacks young people.”

7:47:  3 amendments to the rules being proposed by Bill Janis.

8:03:  Slating has been stopped!!  We routed them!  We had more bodies here than the other side!