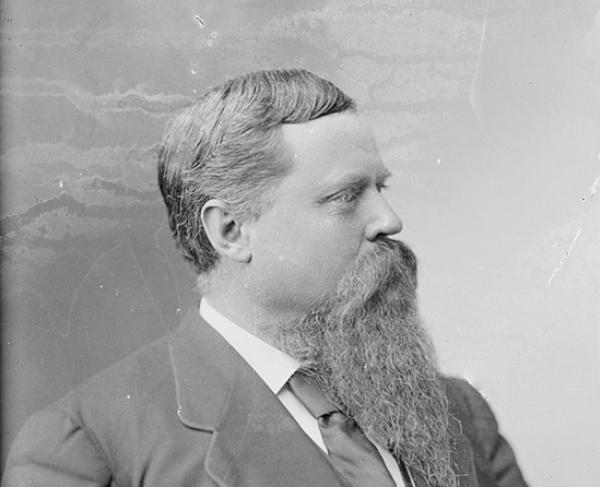 The first sentence in hisÂ column, â€œVirginia Republicans were partying like it is 1885.â€Â Â I understand that progressives like to re-write history, but this is downright insulting.

Virginia Republicans had no real power in the 19th century.  Schapiro admits later into the column that Fitzhugh Lee, elected in 1885 was, unlike Glenn Youngkin, a Democrat.  It reminds me of the time CNN claimed Ralph Northam was a Republican. A brazen lie that can fool the masses.

Schapiro claims that while Lee was not a Republican, he was a â€œconservative Democratâ€.Â Â Well, in 1885 Republicans had a candidate for Governor, John Sargeant Wise, he lost, but Schapiro suggests that Republicans were still happy.Â Â Indeed they â€œcelebratedâ€ the victory of Democrat Lee.Â Â This is historical nonsense.

Schapiro believes that conservative Democrats were the bad guys back then (the Republicans of today).  There is a reason he goes back to the late 19th century and not the early 20th century.  It would be inconvenient for him to talk about what the progressive Democrats did.  I will give you a hint, it was so horrific that for the rest of the century Democrats stopped calling themselves progressives.

Shapiro writes: â€œWhat is new is old: 21st century Republicans by deed and dogma are harkening back to the late 19th century when Virginia, as they are doing now in partially restoring Republicans to power angrily rejecting racial, social and cultural advances, as too much too soon.â€

Well, that statement is false. Virginia did not restore Republicans to power in the 19th century based on racial grievances nor did they in November of 2021.

Secondly, I donâ€™t know how opposing â€œcultural advancesâ€ gets you back to 1885.  And I doubt Republicans will want to jettison electricity, which will be necessary if you really want the 1885 experience.

The comparison with poll taxes and ballot drop boxes off Lee highway is ridiculous.

I have been told that Jeff Schapiro was once a reporter.Â Â Well, he should dust off his press badge, go to a Youngkin press conference and ask, â€œGovernor Youngkin why are you so hell bent on taking the state back to 1885?â€

Sadly, with the state of our media and educational system, that question wouldnâ€™t cause a single eye to bat or roll.  It would simply cause the other reporters to lament, why didn’t I think of such a great question.

Is anyone really surprised that a Schapiro column offers anything other than deceitful attempt to place the blame for leftist assaults on society and common sense on conservatives? One with more than a modicum of critical reasoning capacity should treat his work with the respect it deserves – less than none.

I meant “nothing” instead of “anything”.