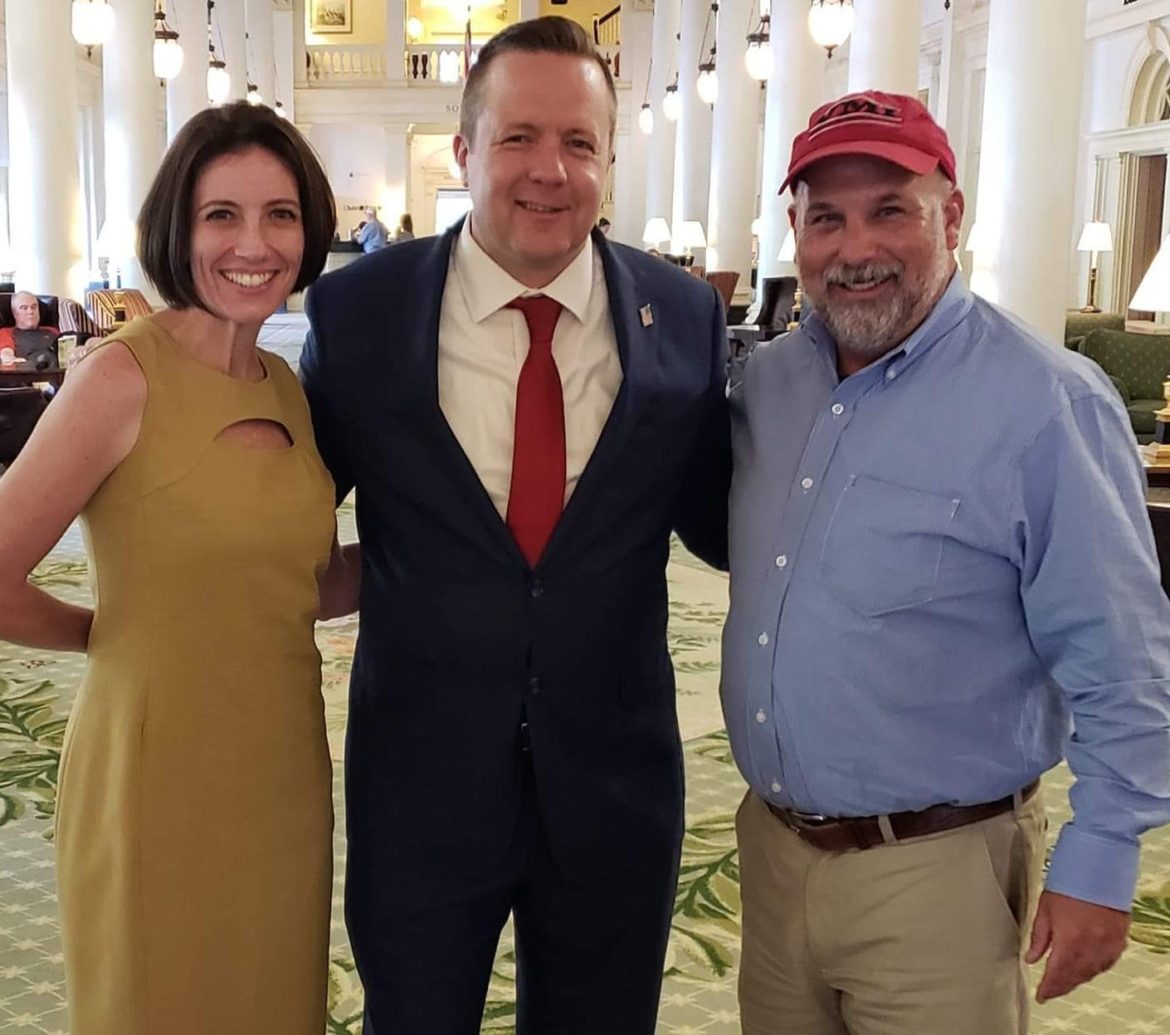 Earlier this year, we, the GOP base, were told that the 6th Congressional District was a cesspool of filth and corruption.  We were told that the previous Chairman had ruined our party and divided the party to suit his own purposes.  And that all conservatives needed was Jennifer Brown in the chairman’s seat to lead us back into the promised land.

Well, We the Conservatives of the Shenandoah Valley, Roanoke Valley, and Lynchburg did our part. We tossed Scott Sayre out and put in Jennifer Brown by a landslide. However we did keep Constitutional Conservatives in place in most of the Units so that the GOP Establishment could not take over again.  We were told that there would be harmony and civil discourse. What have we gotten for our time whipping our friends to vote for Jennifer Brown?

We have gotten nothing but drama and discord.  We have seen our friends insulted and degraded.  We have seen Alinsky like tactics by those closest to Jennifer Brown.  We have seen fellow Republicans forced to endure racial, homophobic, and sexist slurs from Jennifer’s fiancée Roger Jarrell.  Mr. Jarrell has called anyone who supported Sayre and Dunbar “homos”. Mr. Jarrell has called a well known and respected woman who he disagrees with a “hag” and “bi00h” on social media (Shenandoah County GOP Women’s Chair Dianne Wyss).  Mr. Jarrell has made ethnic slurs towards Mr. John Massoud, the Vice Chair of the 6th District Congressional Committee – stating that with his last name, Mr. Massoud would be better off in Baghdad than in the 6th Congressional District.  Mr. Jarrell has also stated that Freddy Burgos would not be welcome in the Shenandoah Valley because of his last name.

Even worse, Jennifer Brown and her fiancée have resorted to attacking their own supporters on social media if they deviate one iota off the thought police plantation.  Just this past weekend, one Brown/Cline supporter (Nick Collette) was viciously attacked by both Jennifer Brown and Roger Jarrell because he was upset about the latest controversy coming out of the Corey Stewart campaign. The verbal barrage went so far as for Mr. Jarrell to threaten to punch out Mr. Collette (remember that Mr. Collette supported both Jennifer Brown and Ben Cline in the convention process and has a passionate disgust of the Sayre/Dunbar crowd).  Shortly afterward, Mr. Jarrell suggested that we need to bring back legalized dueling to settle our disputes. They have attacked respected Republican statesmen such as former Senator Steve Martin – their lunacy knows no bounds.

Normally after nomination campaigns, the winners celebrate (often a bit too much) and the losers get upset, and after a few days, all is well.  But not in Jennie and Roger’s World. In Jennie and Roger’s World those who lose are horrible people who should not be allowed into their precious Republican party.  Anyone who voted against precious Jennie is a heretic who needs to be excommunicated from the party. Anyone who disagrees with precious Jennie needs to be stamped out or sent to a re-education center.  These 2 sociopaths are turning the 6th Congressional District into their own playground where they are the Queen and Consort, and we all must obey them or else be excommunicated from the party.

So as we can plainly see, it was not the Sayre Dunbar conservatives who are dividing and destroying the party.  It is the GOP Establishment, those who are addicted to power and to seeing their names in the newspapers. It is them who inflicted their precious Jennie on us.

So thank you Wendell Walker.  Thank you Kenny Klinge. Thank you Georgia Long.  Thank you Craig Storrs. Thank you GOP Establishment – you gave us a monster in high heels to be our chair for the next 2 years.

Kurt Posner is the nom-de-plume of a liberty-minded conservative transplant from New Jersey to Virginia. He works as a policy analyst for a trade association based in Alexandria, and lives with his wife and two children in Prince William County and his farm in the Shenandoah Valley. Kurt's first involvement in politics was as a teenage volunteer for Jack Kemp's 1988 run for the Republican nomination for President.