Virginia Virtucon has the shocking story of a Jennifer Wexton television ad comparing Tea Party Republicans to the violent rapists that she has prosecuted.

Herndon attorney Dave Webster, who represents victims of domestic violence in DC and Virginia courts, called the ad offensive and demanded that Wexton apologize for implying that Republicans are somehow complicit in violence against women.

The media watchdog group, Media Research had this to say about the ad,

In an outrageous ad aired on the local Washington D.C. NBC affiliate

WRC-4, Virginia Democratic state senate candidate Jennifer Wexton – running to replace newly elected Virginia attorney general Mark Herring – made a shocking comparison between violent rapists that she once tried as a prosecutor to “Tea Party Republicans” in the Virginia legislature. [Listen to the audio]

After describing women being assaulted and “traumatized again by facing the criminal in court,” Wexton made this declaration: “…as a prosecutor I put violent offenders in prison. In the Virginia Senate, I’ll fight just as hard against Tea Party Republicans who would take away a woman’s health care

and her right to choose, even in cases of rape and incest.”

When will the media seize on this ad and bemoan the lack of civility in politics? Something they delight in doing when conservatives are the offenders.

In fact, when NBC political director Chuck Todd was recently confronted with Democrats’ abortion fearmongering during the 2013 Virginia governor’s race, he excused the party’s increasingly over-the-top rhetoric: “What campaigns aren’t about scaring some voters?”

Read the entire article and view the ad here.  This ad is outrageous, over the top, even for a democrat.  Jennifer Wexton is exactly the kind of extreme radial we don’t need running the government in Richmond.  Please vote for her opponent John Whitbeck on January 21 and send her a message that we’re not stupid enough to believe her disgusting rhetoric nor do we want a radical representing us in Richmond.

A Photograph of Jennifer Wexton with the husband and two little children she abandoned so she could move into the 33rd district to run for state senate: 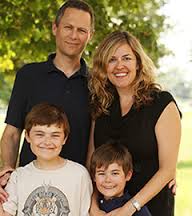 What a shame these adorable little boys had to lose their mother because of her political ambitions.

John Whitbeck actually lives in the 33rd district with his wife and daughters with the third daughter due any minute.  John is a very proud husband and father who would never abandon his family.  He’ll make us proud in Richmond. 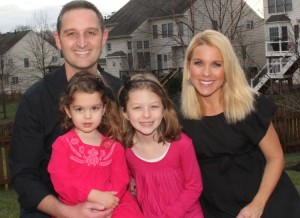 This makes for great reading after learning of Wexton’s victory.

What term would you use? She left her husband and kids in their family home and moved in with a girlfriend in a bachlorlette pad in Leesburg. What would you call that?

So you complain about the language and civility in Wexton’s attack add and then turn around and use the term “abandon” to attack her maternal credentials. I’m not sure who is worse.
I suggest you listen to Susan Allen, Barbara Comstock, and/or Kate Obenshain the next time they give a speech on how to deal with War on Women attacks using factual counterpoints that highlight GOP policy successes and Democrat failures. They all talked about this at the RPV Advance; but based upon your comments, the FCRC’s formal response, and other blog commenters, it sounds like no one in the LCRC and FCRC is listening and would rather cry foul.