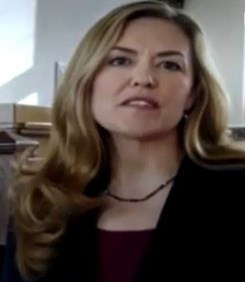 The dead in Chicago can vote. Wexton, a new Obama Democrat, can out-Chicago Chicago by having the dead work.

Gail and Theodore Moore, may have been defrauded by the ‘possibly-illegal’ partnership of Ritenour, Paice, Mougin-Boal & Wexton (hereafter collectively referred to as “RPMW”) to the tune of over $130,000.

Now it appears that Wexton’s clients have been billed for work done by a dead man:

[the lead attorney] passed away on June 7, 2013. Daniel Travostino is the Administrator of Ritenour’s estate.

See the bottom of page two, finding seven. While all should have sympathy for the family and friends of this man, RPMW should not be allowed to bill Gail and Theodore Moore for the lead attorney’s time and services after his passing. According to the RPMW, ‘the lead attorney’ put in a three hour court appearance on June 26th, 2013. This Lazarus like event was some two weeks after this man went on to meet his maker. Wexton et. al. charged the Moores $1,350.00 for this ‘appearance.’ This law office is obviously a mess, and Mrs. Wexton is using this as her launching pad into the Virginia Senate?

One has to ask the question what were they thinking over at Wexton’s partnership. Considering that Wexton worked the case why did she not refund the Moores? Why was this allowed to go forward? Considering that Wexton was a prosecutor she should have known better. Jennifer is selling herself as every woman’s champion – what about Gail? Not only is a Gail a woman, she is a woman and a client who is filing for bankruptcy because of the action and inaction of Wexton and her cohorts at RPMW.

Mrs. Wexton is a flawed candidate, and a flawed individual who seeks the public trust. Considering that she has apparently thoroughly violated the trust of her client Gail Moore, we are all left wondering what would Jennifer Wexton do to the rest of us? What else has Mrs. Wexton done to violate trust?

This lady is nothing but a Terry McAuliffe retread. She cant even come up with original ads. Hers look like repeats of McAuliffe…

The hits just keep on coming for Drunk Mommy.