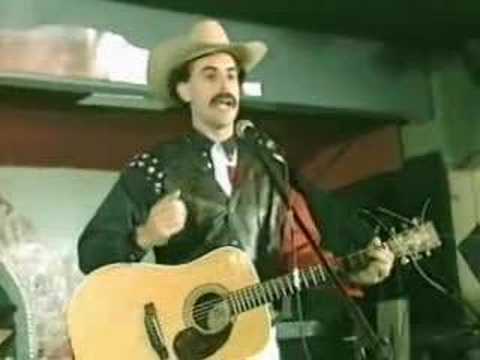 Scene from the film Borat

In an article reviewing the film Borat1, the late Charles Krauthammer decried the disturbing resurgence of anti-Semitism. He noted that the most significant anti-Semitic activity “since the Holocaust” had hit Europe – including formerly benign places like France and Norway. In the Middle East, hatred of Jews is white-hot. Iran is close to obtaining nuclear weapons, with the stated objective of wiping out the entire nation of Israel.

Mr. Krauthammer wrote: “Yet, amid this gathering darkness, …alarming number[s] of liberal Jews are seized with the notion that the real threat [to Jews] lurks deep in the hearts of American Protestants, most specifically Southern evangelicals.”

Jewish filmmaker Sacha Baron Cohen evidently believed that the real anti-Semitism was…where? In Arizona! (Of course. How could we have missed it?) Borat has drunks in an Arizona bar singing, “Throw the Jew down the well.” (No indication of church-affiliation.) Mr. Cohen believed he was showing us the “true danger” – possibly even a budding Holocaust.

Mr. Krauthammer went on to say: “This is all quite crazy. America is the most welcoming, religiously tolerant, philo-Semitic country in the world. No nation since Cyrus the Great’s Persia has done more for the Jews. And its reward is to be exposed as latently anti-Semitic by an itinerant Jew looking for laughs and, he solemnly assures us, for the path to the Holocaust?”

Evangelical Christians are the only American gentile political bloc willing to defend Israel, yet Jews treat them as latent anti-Semites plotting to unleash pogroms and establish some kind of “Christian Sharia Law.” Mr. Krauthammer’s question (and our Jewish riddle #1) is:

Why do Jews have so much trouble distinguishing their friends from their enemies?

In that same year, Muslims in Minnesota’s liberal 5th District also helped elect Keith Ellison as the first-ever Muslim Congressman, by a 56% majority. A self-described “moderate,” Mr. Ellison was backed by the National Jewish Democratic Council, although his Republican opponent, Alan Fine, was Jewish himself. Muslim voters were flexing their new muscles.

This year Rashida Tlaib (D-Michigan) and Ilha Omar (D-Minn,) entered Congress as the first-ever female Muslim representatives. Ms. Omar immediately created a stir when she charged that the American Israel Public Affairs Committee (AIPAC) pays politicians to support Israel. Some congressional Democrats immediately rose to condemn this hoary trope (first mentioned in the Dead Sea Scrolls, I believe), but the condemnation was by no means unanimous among Democrats. Ultimately, the Democrat-controlled House of Representatives passed a tepid resolution which condemned all “hateful” speech, without mentioning Ms. Omar by name. 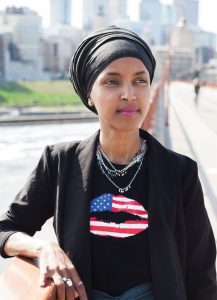 Some commentators tried to tie Rep. Omar’s anti-Semitic remarks to “hate speech” supposedly delivered by President Trump, but the attempt gained no traction. (Mr. Trump’s successful business-career renders laughable any attempts to brand him as anti-Semitic.) Others admitted that Rep. Omar’s charge about AIPAC was inaccurate, while arguing that a “meaningful conversation” about the USA’s Israel-policy was necessary and overdue. Rep. Omar has apologized for her remarks, yet she continues to issue anti-Semitic statements about Jewish influence. The split over Jews in the Democratic Party is obviously growing.

Democrats still rhapsodize about FDR’s “big tent” of southerners, ethnic minorities and northern liberals. But their recollection is flawed. Few blacks voted before 1960, and those who could voted Republican. After Martin Luther King, Jr. endorsed John Kennedy, blacks began to vote Democrat – particularly in large cities. As blacks’ influence in the party grew, southern whites began to pull out. Those two fundamentally opposed political factions could not really coexist inside the same “tent.”

Democrats opposed the Iraq War and have been tiptoeing away from supporting Israel. As Muslims stream in, Jews will find their interests increasingly disregarded and even opposed. This is happening now, yet Jews still vote 90% Democratic. So our second riddle is:

Why are American Jews hanging on as Democrats?

Then there was the curious case of Joe Lieberman. In a bitter 2006 Connecticut primary contest, Mr. Lieberman – a popular three-term senator and former vice-presidential candidate – lost the Democratic nomination (52% to 48%) for his seat to Ned Lamont, a political novice who had previously held no office higher than councilman. Mr. Lamont ran against the Iraq war. Senator Lieberman had strongly supported the war because he saw it as critical to Israel’s survival. 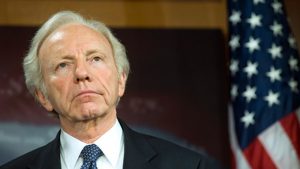 When it became clear, early in the primary campaign, that Mr. Lamont had considerable support and might win the nomination, Mr. Lieberman declared that he would run as an Independent if he failed to win his party’s nomination. He followed through on that promise the day after Mr. Lamont’s victory. High-level Democrats shunned Mr. Lieberman and denounced him for his independent run. Some said he might hand the seat to the GOP.

As an Independent, Senator Lieberman led in all polls throughout the campaign and won a clear general election majority over both Mr. Lamont and the Republican candidate. Formerly hostile Democrats oozed bonhomie and warm congratulations for his victory, signaling that they would welcome him back to the Senate Democratic Caucus.

Despite this shabby treatment, the senator ended up caucusing with Democrats to support their narrow Senate majority. Abandoned by his party when it counted most, he might reasonably have caucused with Republicans, whose positions on Iraq and Israel matched his own far more closely than the Democrats’ positions. The GOP solidly supported Israel, while Democrats were waffling on it. Yet back to the Dems went the senator, like an old draft horse returning to his stall when the barn is on fire. (Go figure.)

What was Mr. Lieberman thinking? Did he hope to convince some Democratic senators to support Israel and the war, while he sided with Democrats on financial and social issues? Did he aspire to national office as a Democrat? Or was it “tradition” that kept him linked to the Democrats? These questions are all facets of our riddle #3:

What was the deal with Joe Lieberman?

Democrats still call Islam “a religion of peace,” but savvy Jews like Senator Lieberman know this is rubbish. Polls show that many Muslims who aren’t personally trying to kill infidels are still sympathetic to Sharia law, the worldwide Caliphate crock, and even some terrorist acts. Sooner or later, something will have to give between them and American Jews. When it does, one group or the other will quit the Democrats. My money is on the Jews getting out, while the getting is good. Maybe Mr. Lieberman will be the Moses who leads that exodus. The original Moses was age 80 when he led Israel out of Egypt, so Mr. Lieberman would be about the right age. The locus of Jews’ political Promised Land is our riddle #4:

When they realize that Democrats are no longer their friends, where will Jews go, politically?

Perhaps the memories of rich Republicans excluding them from country clubs are still too fresh in Jewish minds to let them join the GOP. Or maybe they simply don’t feel comfortable sharing a “big tent” with devout adherents of another faith. I have no idea. But if Republicans are smart, they will make every possible effort to extend a welcoming hand to these folk who have done much for this country, and who will do still more in the future.

Certainly Jews can be stubborn and contentious – a “stiff-necked people” the Bible calls them. (Having a Jewish branch in my family tree, I know what I’m talking about here.) But it’s important to remember that when we speak of “Judeo-Christian” ethics and morality, “Judeo” is part of that title. Jews have exercised a significant influence for decency, law, justice, and righteousness on our nation since its founding. I don’t personally agree with all of their politics, but there’s no denying that in matters of orderly living and sound governance, they didn’t just fall off the turnip truck.

What the Bible says doesn’t seem to count for much in today’s public discourse, but that’s a risky attitude. It turns out that God retains a particular interest in how His Chosen People are treated, as we read in one of Scripture’s seminal passages:

“And I will bless them that bless you, and curse him that curses you: and in you shall all families of the earth be blessed.” (Genesis 12:3)

That declaration suggests that our just and decent treatment of Jewish people has been a major factor in our nation’s success. And it also explains why countries who have mistreated them have endured such terrible destruction. We’ll do well to remember it.

As Pastor Lon Solomon2 likes to say, “Not a sermon. Just a thought…”