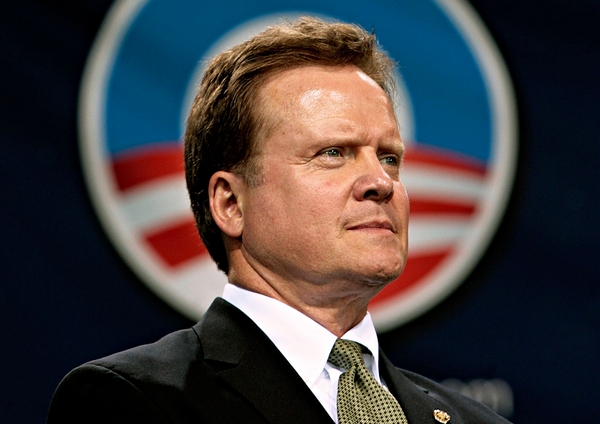 Does anyone think one term wonder, former Senator Jim Webb, has a snowball’s chance of beating Hillary for the Democratic nomination for President? Â Jim Webb says he’s ‘getting close’ to making a decision about running.Â [read_more] Webb says he will run for President if he can put together a campaign,

“without having to fall into this financial campaign funding process which I think is damaging to the country.”

Unlike Governor McAuliffe, it seems Jim Webb doesn’t like Super PACs.Â Â  While the former Senator cannot stop someone from setting up a PAC for him, he will not cooperate with such an endeavor,

â€œIf it violates your ethics, I think you should not participate,â€ he said. â€œI donâ€™t want a super PAC. … I wouldn’t cooperate with one; it violates my sense of how the government system ought to work.â€

Of course it does. He has such lofty ideals. Â Sounds like he will soon be out of the race. Â Yawn.

I did not vote for him in 2006 and was devastated when Allen lost, but I like Jim Webb. He brings up a few key issues never mentioned by both parties. For example, the plight of impoverished and forgotten white Appalachian voters in western Virginia. If by some strange string of events, 2016 was between Webb and Bush, I would be tempted to do something I have never done – vote for the Democratic presidential nominee.

I don’t care for his politics but think he’s got a pretty impressive and relevant personal history. He seems to have an issue staying married, not certain what that is about…

Nor can he ever stay in a job. He’s quit every job he ever had. t seems he has a problem with authority.

I’m actually looking forward to his run regardless of his chances he will be a handful for Hillary and even some of the announced Republican candidates. This is for me entertainment value only, as I am not a Webb supporter, but would be interested in joining any available pool out there based on how long he campaigns before he just “quits” and goes home.