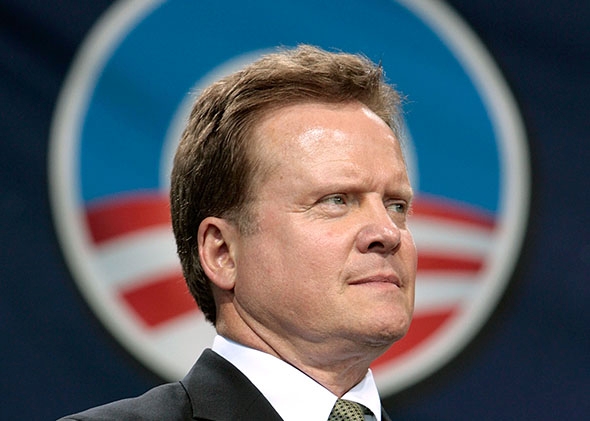 Jim Webb Moving Toward an Independent Run for President

Former Senator Jim Webb is exploring an independent run for President.   Sam Jones (former fundraiser for Biden) will help Webb decide if he can raise the money for the race.

“After weeks of study, including consultations with ballot experts and independent activists across the country, we have a handle on what it takes to give voters in every state a real choice,” Webb spokesman Craig Crawford said in a statement. Jones, he said, would help with the next step: “How to pay for it.”

If the FBI hands down a Clinton indictment as many who claim to be in the know say will be forthcoming and if it will be as bullet proof to the machinations of a Loretta Lynch led Justice Department as they also claim (two conditionals already) then this makes some small degree of sense. Though as you state Sam Jones is a long term Biden guy and if Hillary is cuffed the Democratic establish will turn to Biden immediately who has already publicly stated that he has had second doubts about his initial refusal to run. Given the unfolding circumstances Jones is a strange guy to get advice from on an independent run. But Webb has always been consistently one thing – mercurial. The Republican primary is looking positively orderly compared to what the Democratic effort is turning into. If Hillary goes before the convention I think the only one you can realistically count out of the open scrum that will ensue is Debbie Wasserman Schultz.

And would Webb be a reasoned alternative to lame-o’s put forth by both parties?

I now predict that this election will restore the GOP as a viable and desirable party or it will result in the destruction of the GOP as we know it — not that there’s anything wrong with that.

That’s right-kill the Republican Party in favor of the Conservative Party.